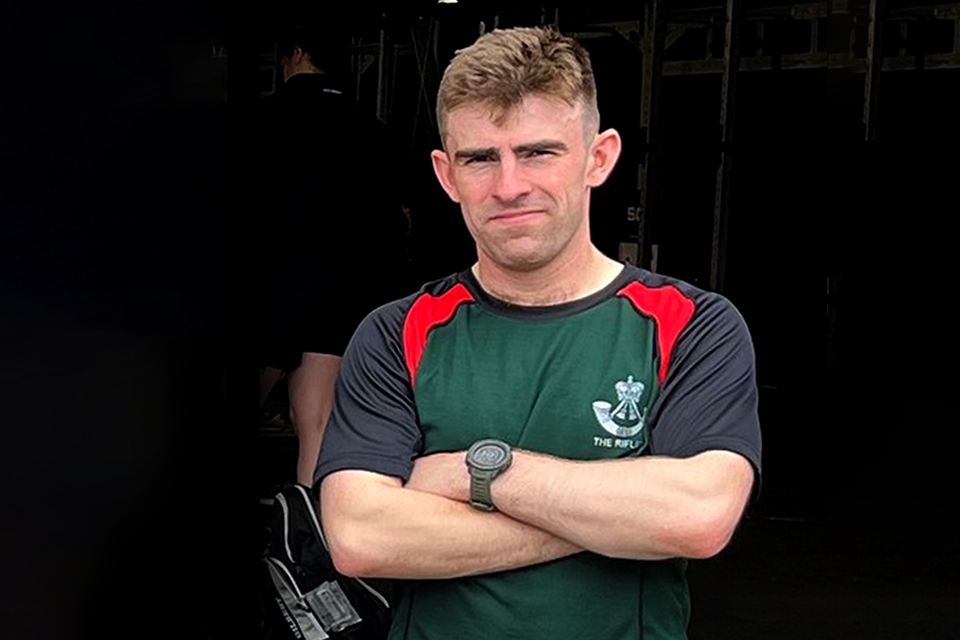 TRIBUTES have been pouring in for a County Durham Army officer with a “glittering career” in front of him who died tragically in a military training exercise.

Staff, pupils, parents and alumni at a Durham School are today mourning the death of a former pupil Max George, in an incident involving an armoured vehicle on Salisbury Plain.

Max was described as a “wonderfully talented pupil”, having joined Durham School in 2009 and achieved the honour of being appointed Head of School in 2013 for the 2013/2014 academic year.

The 26-year-old died after being hit by Warrior infantry fighting vehicle on a stretch of the plain west of Tidworth at about 10.45am on Tuesday. Max, a member of 5th Battalion The Rifles had suffered serious head injuries and died at the scene.

“Effortlessly impressive, he was a natural commander, who exuded fierce determination matched by selfless compassion.

“We loved him for it. He stood out, and still stands out; we are so much poorer for his loss. My thoughts and prayers are with his family and friends.”

A Burkitt Scholar at Durham School, Max was awarded a series of prestigious prizes for academic excellence, including the Stationer’s Prize for the publication of the Durham Eye and the Reader Prize for Spanish.

He was also Captain of Boats and an enthusiastic and dedicated member of the Combined Cadet Force.

Before pursuing his lifelong dream of joining the Army, Max read Politics (with Spanish) at Newcastle University taking a First, and then read for his Masters in Eastern European and Eurasian Studies with Russian at the University of Glasgow which he obtained with Distinction.

He was rewarded with the ultimate accolade of the Queen’s Medal when he passed out from the Royal Military Academy Sandhurst in December 2021.

The Queen’s Medal is awarded to the cadet with the best overall results in military, academic and practical studies and was awarded to Max by the Princess Royal.

After passing out from RMAS, Max was Commissioned into the 5th Battalion The Rifles.

His family have a close attachment to Durham School with his father, Martin George, both an Old Dunelmian and former Headmaster.

Max’s mother Vivienne was a member of the teaching staff and supported Martin during his headmastership. His father Martin, uncle Nicholas George, and sister, Claudia George, herself appointed a School Monitor, were all King’s Scholars at the school.

The George family said: “Max was killed in a training accident on Salisbury Plain early on Tuesday 21st June 2022 whilst serving with the 5th Battalion The Rifles, having fulfilled his life’s ambition in joining the regular army.

“The whole family is very proud of his outstanding achievements and his loss is a devastating heartbreak for us all.”

“Max was a bright, friendly, talented young man who had so much to give to the world. He led from the front in life, including his time here where he was Head of School in his final year.

“Our thoughts and prayers are with Max’s family.”

An Army Spokesperson said: “It is with great sadness that we can confirm the death of a soldier in Wiltshire on 21st June 2022.”

A eulogy posted on the MoD website noted that in his tragically short time as a Regular Officer he had already “carved out the strongest of reputations”.

It said: “Admired by all ranks, he was one to watch and the commander against whom everyone else measured themselves.

“Nothing fazed him; Max had a glittering career in front of him, excited by the prospect of an imminent overseas deployment to Canada and whatever might follow.”

Defence Secretary, Ben Wallace said: The passing of 2Lt George is an especially poignant reminder, as we mark Armed Forces Week, that our service personnel are always in harm’s way working to keep us safe. We are forever grateful.

“Max exemplified all the qualities the Army stands for and as the testimonies show, we have lost a bright and talented young man who will be sorely missed. My thoughts are with his family, his friends, and his regiment during this difficult time.”

Wiltshire police said it was leading the investigation alongside the army and the Health and Safety Executive.