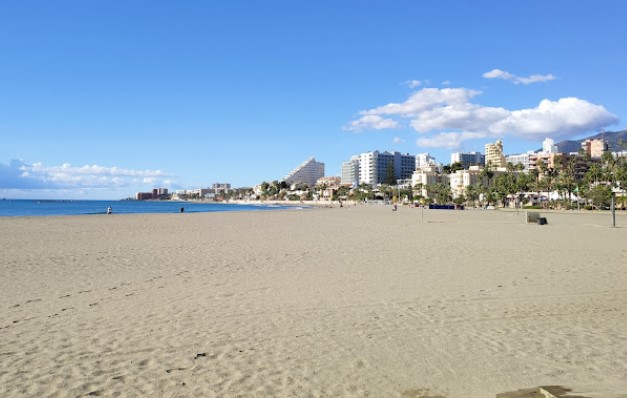 The Council of the Malaga resort of Benalmadena has discouragaed bathers from using beaches affected by the recent sewage leak.

Encarnacion Cortes, the Councillor for Beaches for Benalmadena, reported this Thursday, June 23, on the analyses of E. coli and intestinal enterococci samples that have been carried out in the waters of the beaches affected by the fractured sewage pipe last Monday, June 20.

A breakage in an Acosol pipe led to the possibility of contamination on several of the Malaga resort’s beaches. As a result, they were officially closed off to bathers. After the samples were sent to be analysed, the Town Council has today advised the public against bathing on the affected beaches until the complete results are obtained on June 27.

Ms Cortes stressed that: “from the moment the Town Council became aware of the spill on the morning of Monday 20, as a precautionary measure to protect health, it has kept the beaches closed to bathing”.

Acosol has since completed the repair of the broken pipe, and Cortes indicated that: “Samples were taken of the waters affected by the spill during the day yesterday, Wednesday, June 22, to determine a possible contamination by E. coli and intestinal enterococci, whose cultures need 24 and 48 hours respectively to offer results”.

She pointed out that: “The first results of the analysis carried out by Acosol for E. coli show values ​​compatible with good quality water for bathing”, adding, “we are now waiting for the results of intestinal enterococci and the official analyses carried out in parallel by the Costa del Sol Health District, of the Health Council of the Andalucian Government”.

“While waiting for the results of the analyses they have carried out, the Costa del Sol Health District has communicated to us the recommendation, as a precaution, not to swim on the affected beaches until the complete results are obtained next Monday, June 27,” the councillor declared.

The area in which the Costa del Sol Health District does not recommend bathing until Monday 27 is the one located between the beaches of Arroyo de la Miel and Malapesquera. Cortes clarified that the use of the sandy area of ​​said coastline “does not pose any risk, and for this reason access will not be restricted“.

Due to the recommendation of the Board not to bathe in these beaches until Monday, the yellow flag will fly on them until that date.

Andy Murray out of Wimbledon after losing in second round