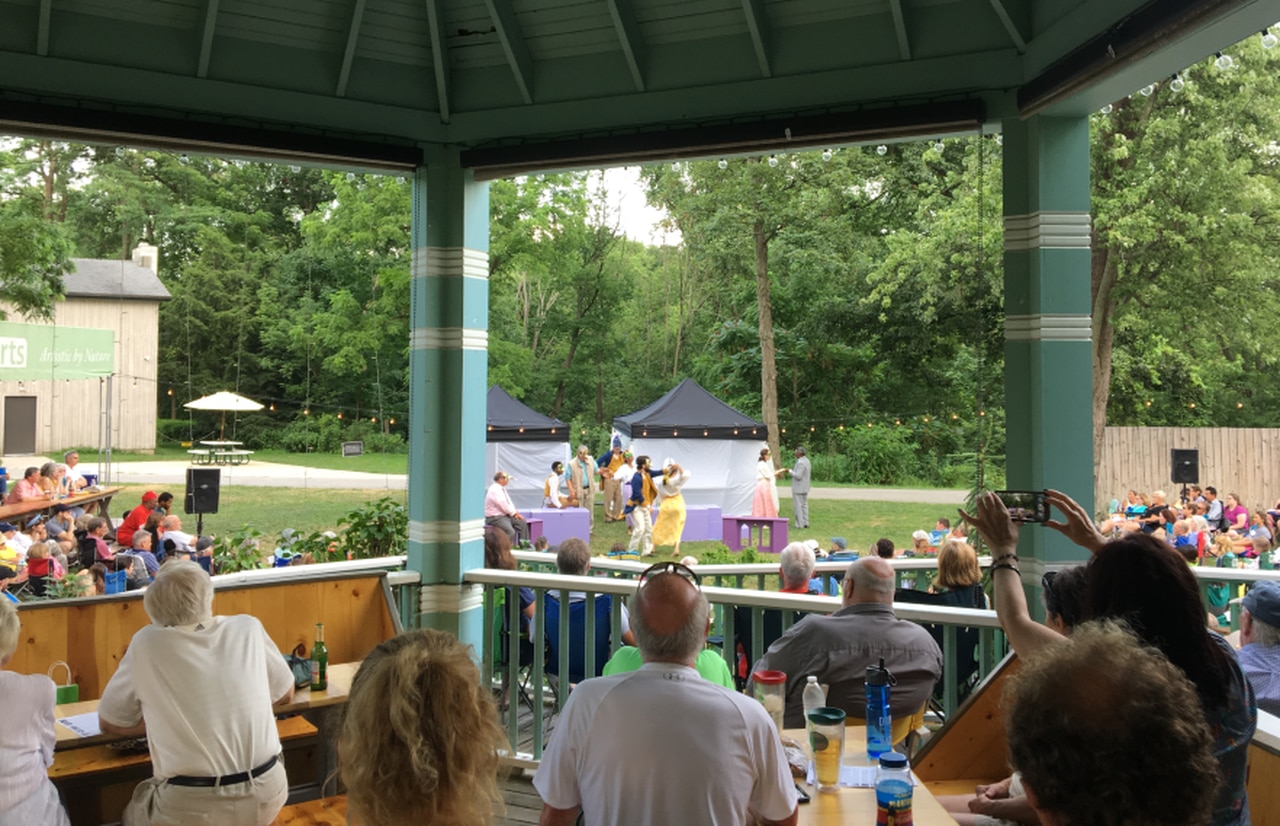 CLEVELAND, Ohio — “We’re striving to return to the spirit in which Shakespeare’s plays were performed,” Cleveland Shakespeare Festival founder Tim Perfect told The Plain Dealer in a story prior to the group’s very first performance back on June 12, 1998.

Cut to the summer of 2022 and the traveling theatre troupe launched by Perfect and several of his fellow graduate students at Case Western Reserve University’s Department of Theatre is still going strong. Cleveland’s version of Shakespeare in the Park kicks off its 25th season this weekend with a trio of performances in Cleveland Heights, Bentleyville and Berea. The original mission remains intact: to harness the power of Shakespeare’s plays to enlighten and inspire and make them accessible to everybody.

“This trifecta of being free, taking the theater directly to the people and performing outdoors so that not only families but passersby too can experience a little bit of art in the middle of everyday life is what we’re really about,” said Cleveland Shakespeare Festival artistic director Dusten Welch.

Indeed, the group strives to eliminate the barriers of traditional theater. The first is cost. All performances are free. The second is location. The festival will play 14 different cities from Lakeside to Mentor and many points between over the course of its six-week season. The third is venue. Instead of a quiet, enclosed theater, plays are staged outdoors in a public park so people can come and go as they are and as they please, taking in as much or as little of the performance they choose.

“The audience comes in with their picnic blankets or lawn chairs, nestles into a spot and then sits back and enjoys the show underneath the night sky,” Welch said.

The touring festival operates like a well-oiled machine, allowing the nimble cast and crew to get in and out of cities quickly. Shows are performed in front of a minimal set with the actors in classical costumes adorned with modern touches. Performances are about two hours in length. The cast members, ranging from seasoned professionals to aspiring young actors, are from Northeast Ohio or have ties to the area and even mingle with the audience after each show.

“We’re committed to being as local as we can be,” Welch said.

The most challenging entry point might be the material itself. Shakespeare’s prose takes time to get used to, particularly if you haven’t read it since high school or perhaps never at all.

“The text is sometimes a barrier, but if done right and the actors are making the meaning of the text come through, then the words are just a conduit,” Welch said. “If the audience can’t quite get behind some of the words themselves, they can at least look at the actors and see the feelings they’re expressing or the relationships they have with one another and get a sense of what the play is about.”

In his view, the experience is worth that extra hurdle. Welch believes Shakespeare’s words have a magical way of touching our souls, something that became apparent to him during one particular performance a few years ago.

“There were three young kids, the oldest was probably 14 and the youngest maybe six or seven, who stopped and watched the show for about 15 minutes and then went away to do whatever they were doing,” he recalled. “I thought nothing of it, but then they came back 10 minutes later with popcorn, sat down and watched the rest of the show.”

The festival is staging two productions for its 25th season. First up is “Hamlet,” directed by Welch and appearing in nine cities through July 10. This tragedy of revenge is perhaps Shakespeare’s most famous work, where the melancholy Prince Hamlet ponders “to be or not to be” and engages in a climactic duel with Laertes.

“It’s one of the most intricate fight scenes that Shakespeare crafted. It was a little bit of a fun challenge to put it into our play,” said Welch, who drew inspiration from productions featuring Richard Burton and Kenneth Branagh. “I thought let’s make it our own, but let’s see how we can pay honor to these greats who have done it before, too.”

The second show is “Learned Ladies,” which opens July 22 and travels to nine cities through August 7. Directed by Keira McDonald, the play, written by Molière in 1672 and adapted more recently by Timothy Mooney, is a comedy about forbidden love. It’s also one of the few times the festival has strayed from presenting the Bard’s work.

“It’s a fun satirical romp with a lot of movement, live music and the kind of antics Molière was famous for,” Welch said. “Molière was pretty much the French equivalent of Shakespeare.”

So, come one, come all, he invites. The Cleveland Shakespeare Festival offers something for everybody, a night at the theater that’s unlike anything else in the city for 25 years and counting.

“We really strive to be Cleveland’s most accessible theater,” Welch said. “I encourage everybody to experience our festive celebration and enjoy a wonderful play in all of the beautiful parks of Cleveland.”

All shows begin at 7 p.m. and are typically performed rain or shine as most venues have an alternate space in case of rain.