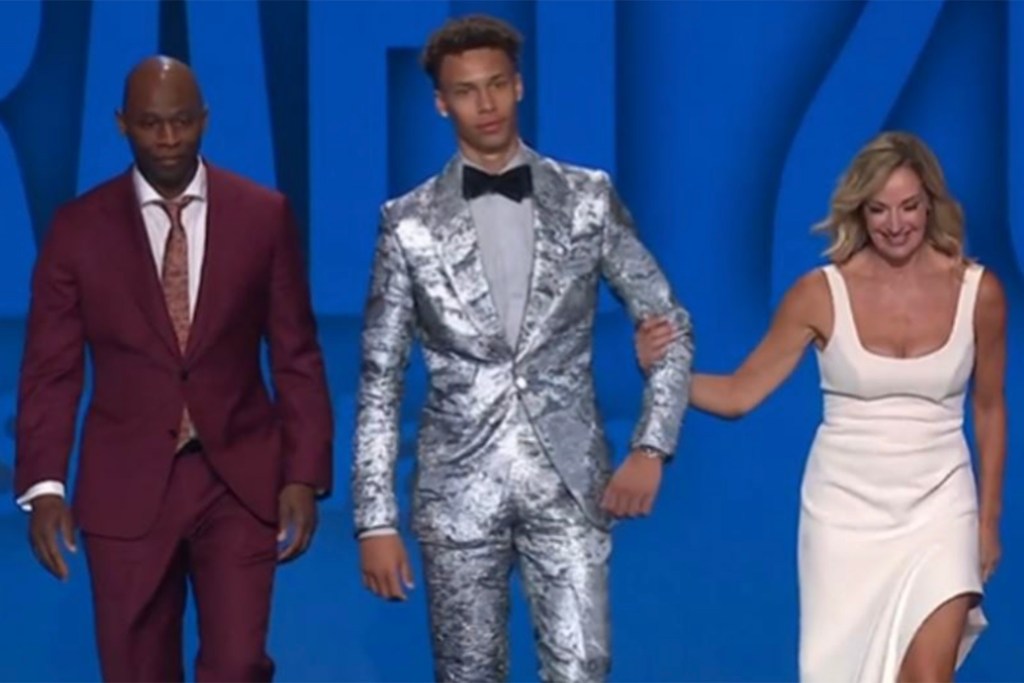 Dyson Daniels’ mom stole the spotlight at the 2022 NBA Draft on Thursday night.

Before Daniels was selected by the Pelicans with the No. 8 pick in the draft, he hit the stage with mom Brikitta Kool-Daniels on his arm — a family moment that has since gone viral.

“Dyson Daniels is going to be a trending topic tonight,” reporter Troy Machir tweeted, including a photo of Daniels and his mom, who was dressed in a white slit dress and open-toe heels.

Another person asked if Daniels would be a trending topic due to his mother or his silver metallic suit — which one fan compared to a “foil paper.”

Throughout the night, Daniels’ mom also shared a number of photos on Instagram from inside the Barclays Center in Brooklyn.

Daniels previously played with the NBA G League Ignite. The Australian product made his debut for the Australian senior national team at FIBA Asia Cup qualification in 2021. His father, Ricky Daniels, began a professional basketball career after playing for NC State.