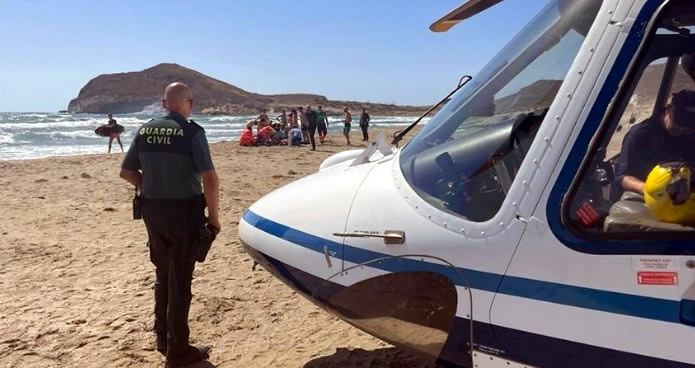 A 59-year-old man has died at Los Genoveses beach in the Almeria municipality of Nijar.

According to Emergencies 112 Andalucia, a 59-year-old man drowned this morning, Friday, August 5, on Los Genoveses beach in the Almeria municipality of Nijar. The emergency operator received a call at around 11am informing them that a man had been pulled out of the water and was in need of urgent medical attention.

Beachgoers performed cardiopulmonary resuscitation manoeuvres on him until the arrival of medics, according to witnesses. 112 deployed an 061 Health Emergency Centre ambulance to the location, complete with a team of medics.

An emergency helicopter was also dispatched to the beach at Los Genoveses, along with members of Civil Protection. Despite their best efforts to try and revive the victim, the medical teams could not do anything to save the life of the 59-year -old man who was subsequently confirmed dead at the scene.

This ¡s the second incident in a matter of days in Almeria. A 21-year-old soldier was admitted to an ICU in Almeria city yesterday, Thursday, August 4, after collapsing at a beach. He sadly passed away today, Friday, August 5.