90 years of the Holodomor – News 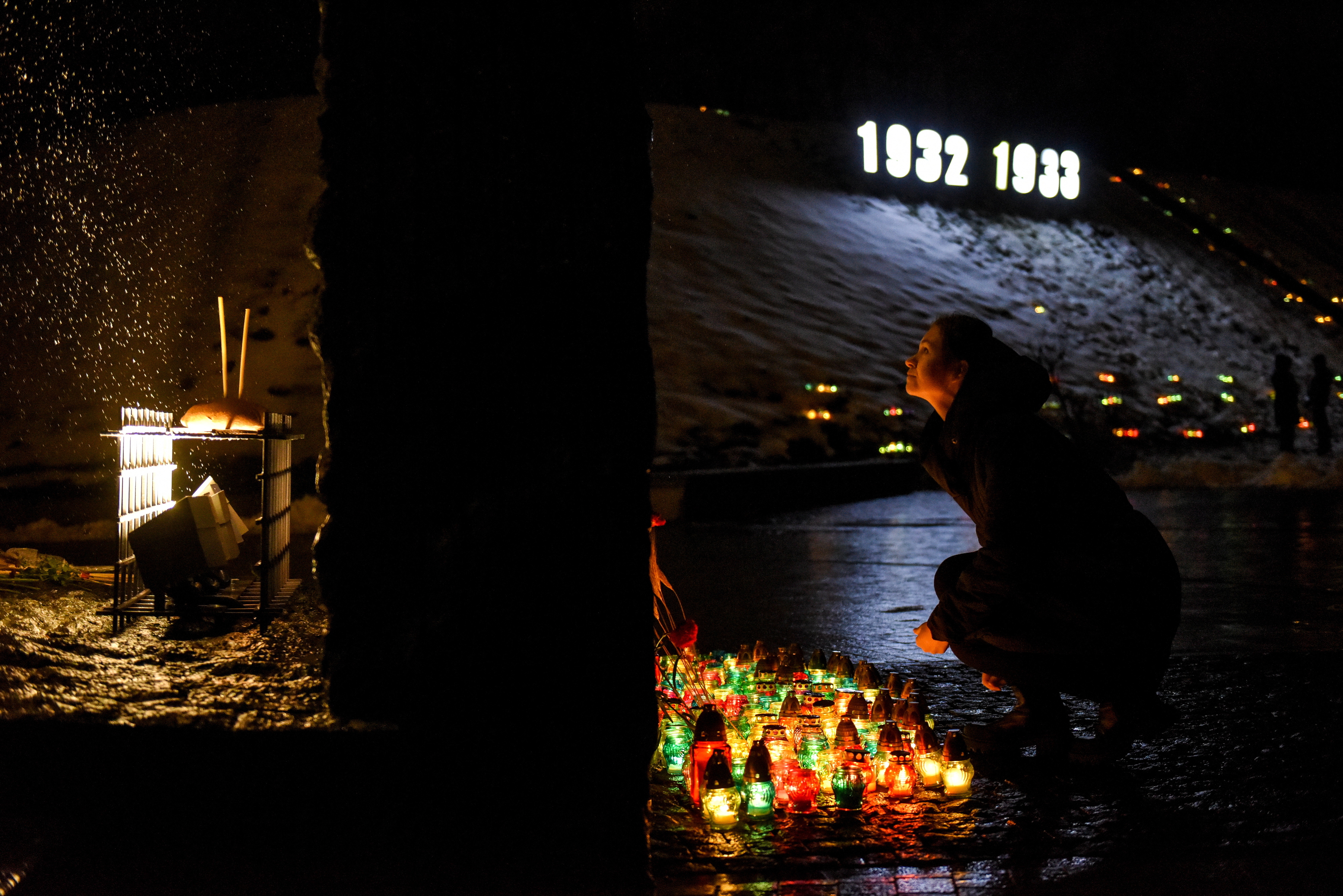 The 90th anniversary of the Holodomor, the famine caused by Stalin’s regime in the 1930s, has taken on new impact since the Russian invasion of Ukraine.

“The Great Hunger” or “The Hunger-Terror” made, between 1932 and 1933, about 3.5 million Ukrainian victims. By the way, Holodomor means in Ukrainian “extermination by starvation”.

The president of Ukraine, Volodymyr Zelensky, assured this Saturday that his people will stand firm in the face of Russian attacks, which have caused power and water cuts in several cities in the country, at a time when winter temperatures are approaching.

“Ukrainians have gone through really terrible things. And despite everything they have retained their ability to disobey and their love of freedom. In the past they wanted to destroy us with hunger, today with darkness and cold,” Zelensky said in a video posted on Telegram, cited by Agence France-Presse.

In a note sent to Lusa, the Ukrainian Government thanked Portugal for its solidarity for having, in 2017, approved a resolution classifying the Holodomor as a genocide.

The message from the Government of Kiev even names some Portuguese municipalities that joined the initiative, such as “Grândola, Alcanena, Lagos, Águeda, Abrantes and Braga”, and that “recognized the fact of the genocide”.

“We greatly appreciate and respect the solidarity of the Portuguese parliament and people with the Ukrainians, who suffered one of the greatest national tragedies in their history between 1932 and 1933”, reads the text about the Holodomor.

According to the Holodomor Museum, located in Kiev, so far, only 16 states, in addition to Ukraine, have officially recognized the great famine as a genocide: Australia, Ecuador, Estonia, Canada, Colombia, Georgia, Hungary, Latvia, Lithuania, Mexico , Paraguay, Peru, Poland, Portugal, the United States and the Vatican (this Wednesday, Pope Francis spoke on the subject using the term “genocide”: “We pray for the victims of this genocide and for so many Ukrainians – children, women, elderly people and babies – who now suffer the martyrdom of aggression”). Some other countries, such as Argentina, Chile and Spain, condemned it as “an act of extermination”.

The 17 have now been joined by two more, Romania and Ireland, whose parliaments this week approved resolutions to that effect. They should be followed by at least one more, Germany, which has already announced for next Wednesday that the issue will be debated and voted on in the lower house of its parliament (Bundestag).

Russia rejects this classification, arguing that the great famine that devastated the USSR (Soviet Union) in the early 1930s did not only claim Ukrainian victims, but also Russians, Kazakhs and other peoples. Scholarly opinion also remains divided on whether the great famine of 1932-1933 constitutes “genocide”, the main question being whether Stalin intended to kill Ukrainians to quash an independence movement against the Soviet Union, or whether the famine was mainly the result of the combination of official incompetence and natural conditions.

On the 90th anniversary, the Prime Ministers of Poland and Lithuania, Mateusz Morawiecki and Ingrida Simonyte, traveled today to Kiev and participated in the ceremonies that mark the date accompanied by the Prime Minister of Ukraine.

Mateusz Morawiecki blamed Moscow for causing, as it had for almost a century, an “artificial famine” as a result of the invasion.

“We gathered in the 1990s, on the anniversary of the ‘Holodomor’, which was artificially created by the Russian communist regime. Today, we are about to witness another artificial famine caused by Russia in the countries of Africa and Southeast Asia”, he warned.

The Belgian Prime Minister, Alexander De Croo, is also visiting Kiev, the first since the start of the Russian invasion. “I arrived in Kiev. After the violent bombings of the last few days, we are with the Ukrainian people. More than ever,” De Croo said on Twitter.

According to the Belgian agency, the minister plans to provide additional financial support of 37.4 million euros to Ukraine.