After a week of exploring Qatar, I’ve finally found its heart and soul in an ancient marketplace 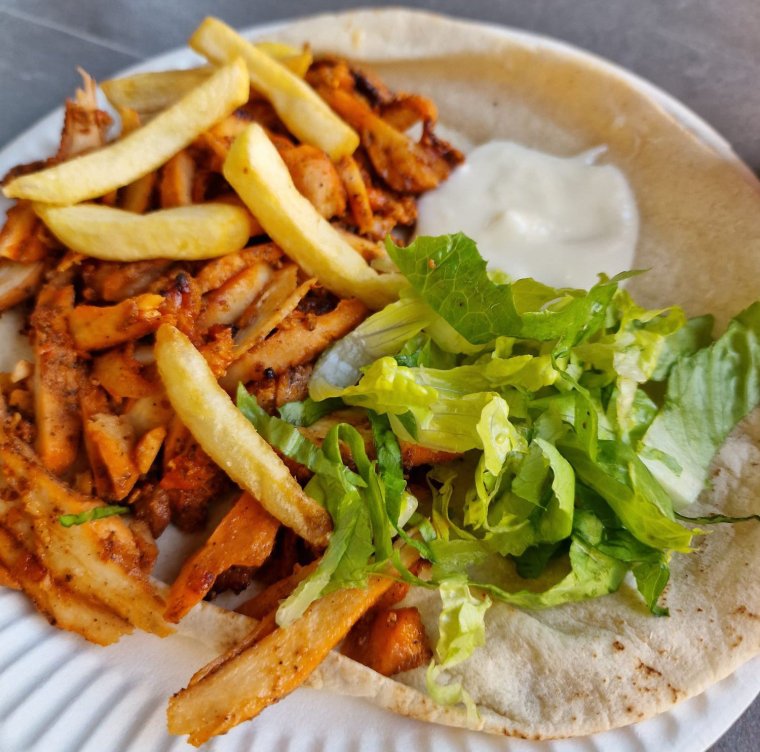 The Mexico fans are in devilishly fine spirits at Doha’s Souq Waqif on Saturday afternoon. Argentina supporters attempt to drown them out with songs, but they are no match for the hordes in green. Argentina vs Mexico is due to be played 20 miles away at the Lusail Stadium in the day’s 10pm kick-off and, after Saudi Arabia stunned Lionel Messi and Co in their opening game, the Mexicans sniff a chance to eliminate one of the tournament favourites, and one of the game’s greatest players from his final World Cup.

Souq Waqif – one of the few remaining traditional Souq’s in the Gulf – was for centuries the place where nomadic Bedouin tribes would visit to trade goods. As such it is a melting pot of cultures and, as a popular tourist destination, a place where the World Cup really feels alive.

While the World Cup logistics are great in Doha – the metro runs perfectly and there’s air con everywhere to provide relief from the suffocating heat – much of Qatar’s capital city has an almost overly new feel to it, the bright white lighting and large built-up areas where there are rows of skyscrapers but little much else, can make for a sterile atmosphere.

Not so at Souq Waqif, the giant marketplace a short stroll from the Msheireb Metro station on the Green Line, where fans from all over the world mingle in a friendly atmosphere full of families. The main street is overlooked on either side by high, sand-coloured natural stone buildings, beneath which are restaurants serving a diverse array of cuisines – Iraqi, Persian, Turkish, Arabic, lots of breads and curries and meats (or a burger if you fancy one) – with groups eating on tables and watching the colours of the world – France’s blue, Mexico and Saudi Arabia’s green, Argentina’s light blue and white, Brazil’s yellow – amble by. The popular local shawarmas – meat, salad and chips, with garlic sauce on a flatbread – only cost a few quid and are delightful for a quick lunch.

The Souq had fallen into disrepair and was almost demolished before it was entirely renovated in 2004. Now, stalls selling glittering local knick-knacks, hand-crafted camels, elephants, lamps, brightly-patterned plates and even miniature World Cups, or more expensive jewellery, or local garments, are built into the natural stone arches in the original Qatari architectural design. And, of course, the stall owners are – understandably – cashing in on World Cup fever, selling anything and everything in the colours of the country of your choice: flags, clothes, head scarves, wrist bands. Stall keepers will make you offers and are open to bartering.

Shisha is popular at the outdoor cafes and the sweet scents of smoke follow you through the crowds. To get out of the glare of the punishing sun, thin alleyways lead off from the main street down which it’s easy to get lost in a labyrinth of multicoloured, patterned cloths, footwear, perfume, handbags, spices and souvenirs.

Male fans from all over were queuing up at stalls to be fitted with a gutra – the loose headdress in red and white, or white, folded and placed on a white cap and held in place by an agal – a stretchy black rope – which will set the buyer back around 50 riyals – £11.

“We can spend a few days being like Qataris,” a Mexico supporter says to me as he and a companion are fitted by the stall keeper.

The indoor, mud-coated alleyways are populated by small shops where incense frequently burns outside, replacing the smells of shisha. There are fewer people than on the wider, crammed main street. The archways have flags from all over the world strung across from one side to the other, zig-zagging overhead.

Like the rest of Doha, the prices vary from extraordinarily expensive to extraordinarily cheap. Some of the jewellery shops sell precious and semi-precious stones that will set you back.

By contrast, inside one cloth shop I was looking to buy a scarf as a gift and after choosing the design and ascertaining it was 12 riyals – £2.64 – the owner tried to give me the entire giant roll, before helpfully pointing me to a scarf seller.

After winding left and right at random through alleyway after alleyway, I see light at the end of a tunnel and venture back out into the sun, finding myself right back where I began.

The Mexicans are still asking where’s Messi, playfully implying that he went missing against Saudi Arabia. The Argentinians chant back. They are the two countries to have sent the most fans to Qatar. Supporters from other countries take pictures with the many in fancy dress, particularly the Mexicans in their ponchos, wide-brimmed sombreros and lucha libre wrestling masks.

A Chinese spy balloon has changed course and is now floating eastward at about 60,000 feet (18,300 meters) over the central United States,...
Read more
Sports

A Chinese spy balloon has changed course and is now floating eastward at about 60,000 feet (18,300 meters) over the central United States,...
Read more
Sports

Neuer clashes with Bayern leadership: ‘Feeling like my heart was ripped out’ | Football

Manuel Neuer has lashed out at Bayern Munich's leadership. The injured goalkeeper and captain does not understand the dismissal of goalkeeper coach Toni...
Read more
EUROPE

EDP ​​will even pay IMI for the dams – Economy