After the difficulties, Alsa Todi already guarantees that it is already 100% fulfilling the Carris Metropolitana service in the Setúbal Peninsula – Current 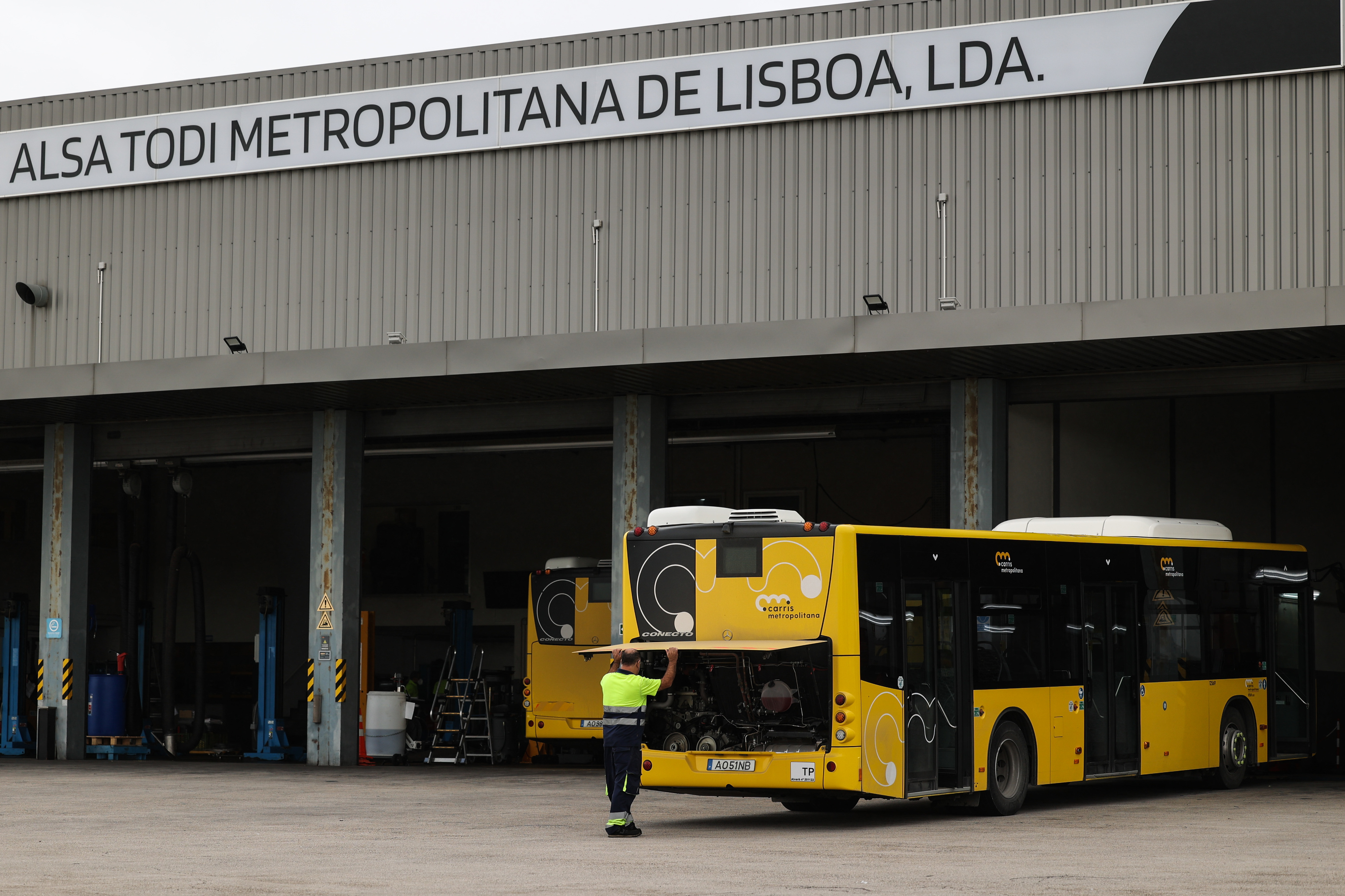 “Since the beginning of this month of November, we have been complying 100% with the public road transport service established by Transportes Metropolitanos de Lisboa (TML). When we started the activity (in June), we also had everything prepared to carry out the contracted service”, said, in an interview with the Lusa agency, the head of the Alsa group in Portugal and administrator of Alsa Todi, Juan Gomez Pina.

“But, due to changes in routes and the increase in services that were requested of us, we had to hire more drivers outside (in Cape Verde) because there was no such workforce available in Portugal”, added the administrator of Alsa Todi , at the company’s facilities in the municipality of Moita, in the district of Setúbal.

According to Juan Gomez Pina, over the first six months of activity on lot 4 of Carris Metropolitana, which covers the municipalities of Alcochete, Barreiro, Montijo, Moita, Palmela and Setúbal, Alsa Todi was faced with the need to make “55% of alterations to the operation that was initially foreseen, when the normal in international terms is that the alterations are only 10 to 15% of the initial operation”.

“In June we needed 260 drivers to do the daily service and today we need 297, but right now we already have 360 ​​drivers. And now we can start again to give holidays, which were suspended in the last month, due to service needs”, underlined the head of Alsa Todi, reiterating the idea that the operating difficulties in the first six months resulted from the changes requested by TML and the impossibility of hiring more bus drivers in Portugal.

Faced with criticism from Alsa Todi users, who recognize a significant improvement in the service in recent weeks, but who guarantee that there are still very significant delays and the suppression of careers, Juan Gomez Pina was peremptory in his response.

“At the moment there are no suppressed routes, but of course there can always be some occasional delays, because sometimes there are accidents or problems with traffic. To cross the 25 de Abril bridge, for example, sometimes it also takes much longer than usual. And all of that ends up causing some unexpected delays,” he said.

Juan Gomez Pina admits, however, that some users talk about deletions of careers based on outdated schedules.

“We have 2,800 bus stops on Lot 4 of Carris Metropolitana de Lisboa. It’s not easy to replace all schedules quickly. That is why we recommend our users to consult the schedules on the official page of Transportes Metropolitanos de Lisboa (TML)”, said Juan Gomez Pina, also warning of new “adjustments of routes and schedules depending on demand”, which will take place at from January next year.

On the 12th of November, the first secretary of the Metropolitan Area of ​​Lisbon (AML) evaluated the carrier’s performance in the first months of activity as “terrible” and promised to do everything to hold Alsa Todi responsible, but Juan Gomez Pina guarantees that the company he will defend himself at the right moment and he did not shy away from anticipating some arguments.

“We are going to defend ourselves against these accusations because the contracts are to fulfill each other. Many of the changes (routes and timetables) were requested for the following week. And the contract also states a period of 30 to 60 days for us to make these modifications,” he said.

“Of course, I understand that, due to the circumstances and the needs of passengers, changes are necessary, but to make those changes, we had to hire more drivers, which we didn’t have in Portugal. Therefore, when we are faced with possible sanctions from TML, we will make our allegations to defend ourselves”, he added.

On the labor front, Alsa Todi is faced with a strike notice, for November 30, from the union platform made up of various unions in the transport sector.

According to Fernando Fidalgo, from the Federation of Transport and Communications Unions (FECTRANS), “the company’s biggest problem is the excessive work that has been required of workers” due to the lack of personnel.

“This company started the activity with a reasonable shortage of manpower and had to distribute the work among the assets it had at the time. And only now has it hired 60 Cape Verdean drivers,” said Fernando Fidalgo.

“On the 28th of November, the unions will analyze the situation, see what measures the company has taken, which it has not taken and why it has not taken them, because we are also aware that there are a number of situations here that depend only on the administration of Alsa Todi, but on the goodwill of the Municipality of Setúbal”, he said.

Fernando Fidalgo pointed out, among other examples, the lack of a bathroom for company employees at the Transport Interface in Setúbal, a situation that “will have to be resolved by the municipality of Sadino”, along with other problems at the company’s facilities in Várzea and Varzinha, also in Setúbal.

The administrator of Alsa Todi, Juan Gomez Pina, guarantees, however, that the company already has enough drivers to avoid overwork and that it is trying to solve all other problems.

“We hope that the unions lift the strike notice for November 30th. And we also hope that, from now on, we will start to gain people’s trust, so that they feel safe and satisfied traveling with us”, he said.

“Alsa Todi has a fleet of new buses, with some facilities and access to the wi-fi network”, underlined Juan Gomez Pina.

Share
Facebook
Twitter
Pinterest
WhatsApp
Previous articleChina announces investigation against Li Tie, former coach of the national team and one of the greatest football legends in the country
Next articleWigan: Driver arrested after Orrell Interchange crash

Ukraine said on Tuesday the last 24 hours were the deadliest of the war so far for Russian troops as Moscow pressed on with...
Read more
Technology

Serbian parliamentarian Zvonimir Stevic resigned on Tuesday after coming under fire for watching a pornographic video in parliament.The incident with the video took place...
Read more

Ukraine said on Tuesday the last 24 hours were the deadliest of the war so far for Russian troops as Moscow pressed on with...
Read more
Technology