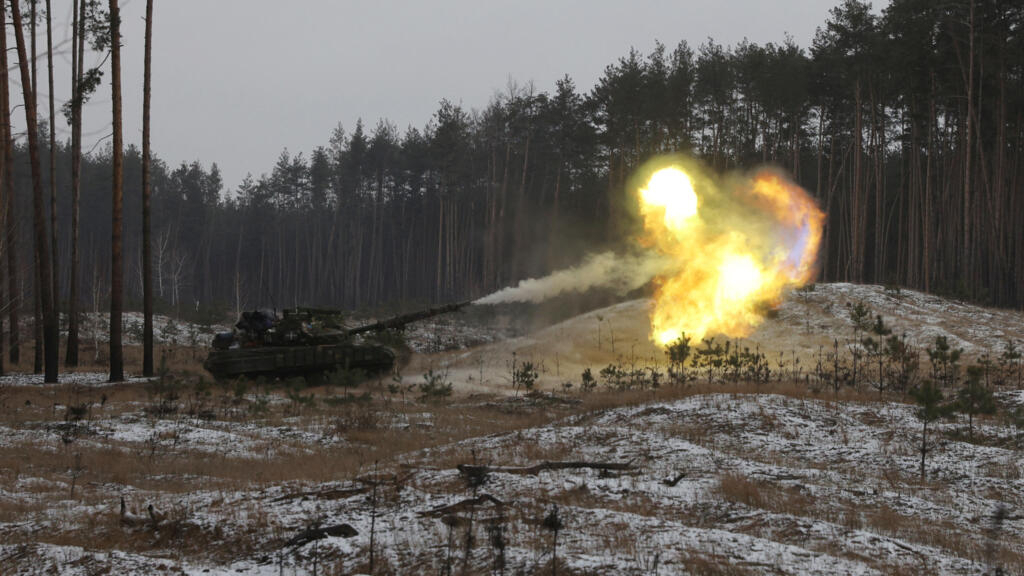 Poland warns that it is ready to do without Berlin’s approval to deliver German-made Leopard tanks to Ukraine. Chancellor Olaf Scholz is therefore under pressure, especially since his Foreign Minister, Annalena Baerbock, ruled on Sunday evening January 22 that Berlin was prepared to authorize Warsaw to supply these armored vehicles to kyiv. Ukraine fears a vast Russian counter-offensive in the next few weeks, and it is actively preparing for it. Interview with Kirill Mikhailov, Conflict Intelligence Team analyst.

RFI: How is Ukraine preparing for the possibility of a large-scale Russian offensive?

Kirill Mikhailov: We know, for example, that in the north, on the border with Belarus, the Ukrainians have seriously reinforced their defensive positions, so as to prevent the Russians from sinking as far as they could have done in February 2022. At the same time, the mobilization continues, new Ukrainian units are created, the soldiers receive training to use Western equipment.

Is the Ukrainian army ready to face a new offensive by Russian forces?

It all depends on the scale of this offensive, of course. The Russians continue to produce and modernize their equipment: their tanks, their infantry fighting vehicles… But they encounter problems. They lack, for example, equipment for the newly mobilized units and they do not have enough Soviet 122 and 152 millimeter ammunition. Of course, the Russian army can call on forces that are already trained and experienced in a given area. But it will then be a question of a smaller-scale offensive, which it will, in principle, be possible to repel.

What are the regions where the Russian army would be most able to carry out major attacks?

A new offensive could be carried out from Belarusian territory, as some suggest, but the Russian army will face the same logistical difficulties there as it had during the first offensive in this sector. If a new offensive was carried out on kyiv, it is unclear whether Russia could concentrate at least the same forces that were deployed the first time. On the other hand, there could also be an offensive in the direction of Zaporizhia, with the aim of cutting off the supply of Ukrainian troops fighting in the Donbass. Or an offensive in the Luhansk region, to try to drive Ukrainian forces away from Kreminna and Svatove.

The heaviest fighting is taking place in the Donbass around Bakhmout. Recently, a senior US official said that Ukraine should not focus on defending this city at all costs and should instead use this opportunity to prepare a major counter-offensive against Russian forces. Could the Ukrainians run out of resources due to the depletion of their forces in the Battle of Bakhmout?

Ukrainians know very well when they have to leave a city. If the Russians managed to cut Bakhmut’s supply lines, then the Ukrainians would have to withdraw from there. And that’s what they will do. Of course, they continue to have losses, but so do the Russians. At the same time, it seems that the Russians are mobilizing in Bakhmout their seasoned units, their paratroopers, which means that other parts of the front could be less ready to face a Ukrainian offensive. This is why one can wonder about the effectiveness of the Russian strategy aimed at exhausting the Ukrainians, if that is what it aims at.

European Union foreign ministers on Monday approved new military aid to Ukraine amounting to 500 million euros. What are the most urgent needs of the Ukrainian army?

The Ukrainian army mainly needs modern armored vehicles, artillery and ammunition. It also needs long-range high-precision missiles, which can hit farther than HIMARS rocket launchers, for example, which have a range of 80 kilometers. The Russians have managed to move their logistics a bit further and if the Ukrainians want to keep hitting it, it requires longer range weapons. Armored vehicles and artillery are sorely lacking: they are needed both to repel Russian offensives and to carry out offensive actions.

Five US police officers face charges in the death of a black man in Memphis. Tire Nichols, 29, died earlier this month after...
Read more
Hot News

Five US police officers face charges in the death of a black man in Memphis. Tire Nichols, 29, died earlier this month after...
Read more
Hot News

Arsenal have qualified for the semi-finals of this season’s FA Women’s Continental Tyres League Cup with a 3-0 victory over Aston Villa at the...
Read more
Business

Why was Noele Gordon sacked from Crossroads? What happened to Meg Mortimer actress, cause of death