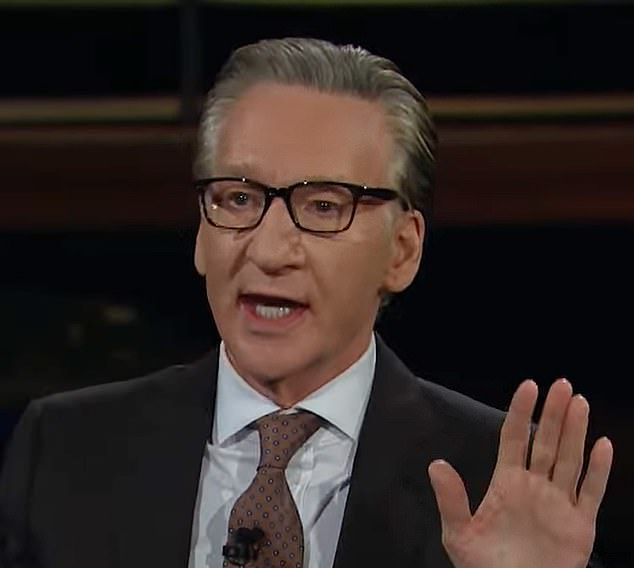 The liberal host jumped into the roundtable discussion by calling former President Donald Trump the ‘cloud hanging over this country,’ but admitted the January 6 committee hearings were ‘pretty impressive.’

‘The other side is going to say: “It’s all political,” [but] it couldn’t possibly be all political, because all the people that are witnesses and prosecuting it are Republicans!’ he exclaimed on Friday’s show.

He went on to say that US Attorney General Merrick Garland has a ‘big decision’ to make on whether to bring the hearings to trial and potentially convict Trump over his influence on the riot.

Maher said he ‘thinks they should’ go to court, as he claimed Trump has already shown there would be ‘subsequent attempts’ because he’s ‘already attempted it.’

‘If you guys brings this [to court], you got to win the case. He’s in jail,’ Maher hypothesizes. ‘My theory, the Republicans would secretly love it, I think they would f**king love it. [The same] way Arab countries would love it when Israel bombed Iraq or Iran.’ 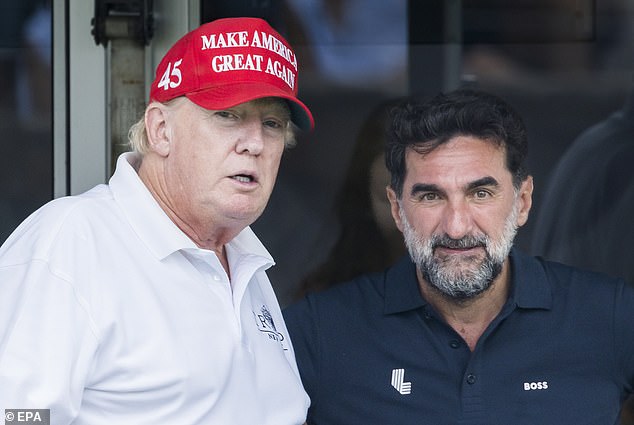 Maher also said US Attorney General Merrick Garland had a ‘big decision’ to make about whether or not the hearings went to trial. He revealed he ‘thinks they should’ go to court, as he claimed Trump (left)  has already shown there would be ‘subsequent attempts’ because he’s ‘already attempted it’ (pictured: Trump with Saudi businessman Yasir bin Othman)

Stein agreed that a lot of Republican ‘privately can’t stand the guy.’

‘I don’t know if they want him shackled, but they wouldn’t totally be disappointed,’ he told Maher, who then joked that Trump being incarcerated would be no different than ‘when he was off Twitter.’

Stein joked the former president had Truth Social – his own social media platform – and would ‘have someone sends his truths for him.’

McWhorter said it didn’t matter if Trump ended up behind bars, because he ‘would still have the same amount of fans.’ 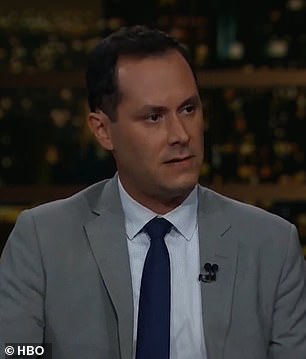 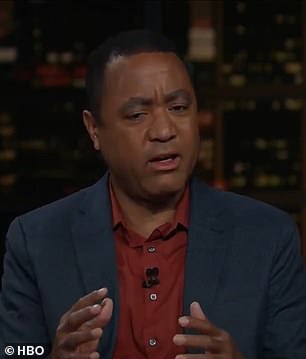 Guest Sam Stein (left) agreed with Maher, saying many Republicans ‘privately can’t stand’ Trump and that they wouldn’t be ‘totally disappointed’ if Trump was shackled. Second guest John McWhorter (right) said didn’t matter if the former president was jailed, because he’d still ‘have the same amount of fans’

‘It would not affect who would vote for him, because this belief in him has become a kind of religion, it would really affect the way people felt about him and whether or not people voted for him if this came out exactly the way you were hoping,’ he told the host.

McWhorter when on to say that January 6 happened because it was ‘just the megalomaniacal notions of Trump personally and craven people following him.’

‘[It was like] dealing with that baby and trying to base your career on that and we’re seeing all these memoirs coming out where people try to explain why they did it.’

Maher called it a ‘smoking gun’ and questioned what the far-right thought would happened when ‘they have him on tape saying can you find me 11,000 votes.’

‘They’re going to be crying their MAGA tears if their boy’s in jail,’ he joked.

‘Did you ever think that his downfall would be women?’ Maher asked. ‘I never pictured that guy… I mean, the Kennedys, OK sure. Bill Clinton, come on. Even Hillary once said he’s a hard dog to keep on the porch. I never thought that would be Andrew Cuomo’s downfall, women.’

Cuomo leveled with him: ‘Yeah, me either. You don’t foresee these kinds of things. You have to deal with life on life’s terms. He’s no different than anybody else.’ 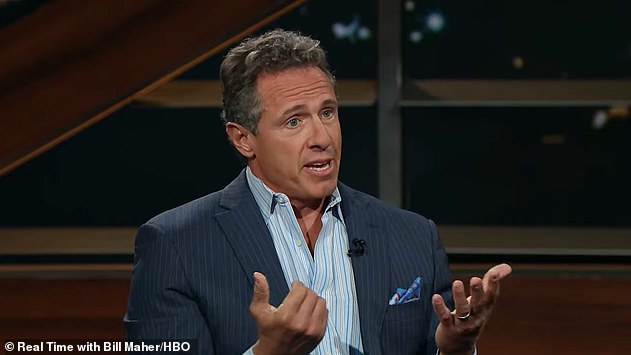 Earlier in the chat, Maher asked for an update on the former governor, who resigned from his role in August 2021.

Maher asked: ‘How is your brother doing? I have never seen a fall quite that steep. He was about to be the next nominee for the Democratic president of the United States. He was on TV every day and then he had this giant fall’

Cuomo responded: ‘I’m supposed to say okay, he’s great… but that would be what we call bulls**t. This has been hard.’

Ultimately, the ex-CNN talking head said ‘I am proud of how he’s handled himself. It’s his job to tell his own story and figure out what he wants in the future but he has dealt with a lot and he’s doing well.’

Are we close? On Monday, the Scottish government officially rolled out a scheme to allow for all period products to be given for free...
Read more