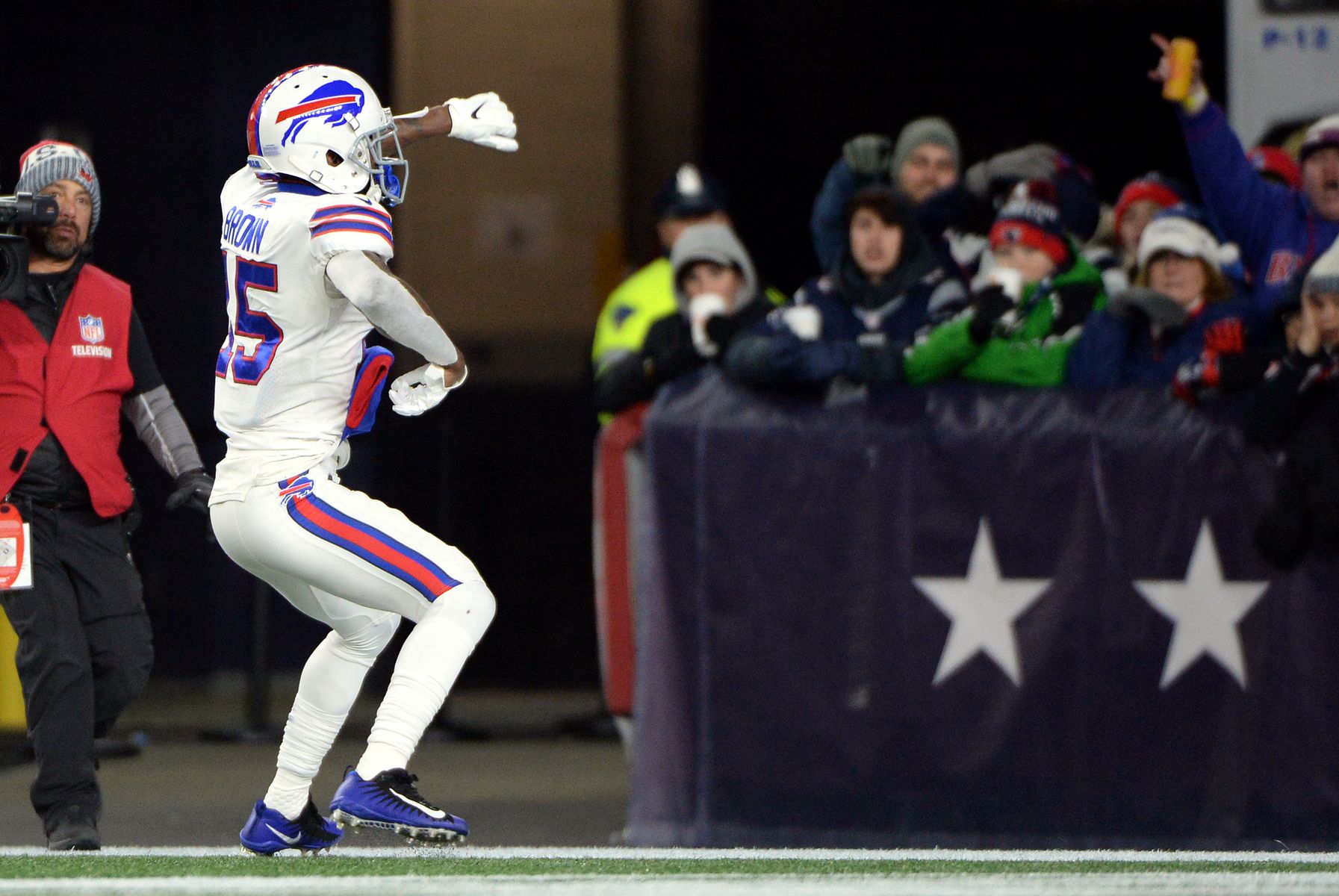 The Buffalo Bills are turning to an old friend for depth at wide receiver.

On Saturday, the Bills announced four roster moves. The biggest surprise among the roster moves was Buffalo signing John Brown to their practice squad.

Brown, 32, played with the Bills from 2019-2020. The veteran receiver played a big role in Josh Allen’s development over those two seasons including a career year in 2019 in which he caught 72 passes for 1,060 yards and six touchdowns in 15 games. Brown was not as effective the following season as injuries limited him to just nine games (eight starts). In his final season with Buffalo, Brown caught 33 passes for 458 yards and three touchdowns.

While it feels as though Brown has not played in the league since his stint in Buffalo, he was on multiple practice squads one year ago. The Raiders signed Brown in the 2021 offseason, but he was not able to make the team’s final roster that season. After getting cut by Las Vegas, Brown had stints on the practice squads of the Denver Broncos, Jacksonville Jaguars and Tampa Bay Buccaneers.

Maybe Brown’s latest stint won’t lead to him getting elevated or signed to the 53-man roster, but it doesn’t hurt for the Bills to see what the veteran has left in the tank. The Bills have just four healthy receivers on their 53-man roster (Stefon Diggs, Gabe Davis, Isaiah McKenzie and Khalil Shakir) and Buffalo has already elevated Tanner Gentry to the main roster twice in the past two weeks.

Bills injury update: Our thoughts and the latest on Von Miller’s knee injury

Why did Tre White return for only two series vs. Lions?

Josh Allen does something no other QB has done on Thanksgiving

Talk about the Bills

Be sure to check out and subscribe to “SHOUT! The Buffalo football podcast” with beat writers Matt Parrino and Ryan Talbot. You can also subscribe to our newsletter to get weekly updates about Bills news in your inbox. Check out the links below.

There is nothing better for nationalism than winning a just...
Read more

Increasing the attractiveness of Cyprus as a destination for the establishment of international companies ...
Read more
EUROPE

Redesign of education policy at fore of presidential hopeful’s vision