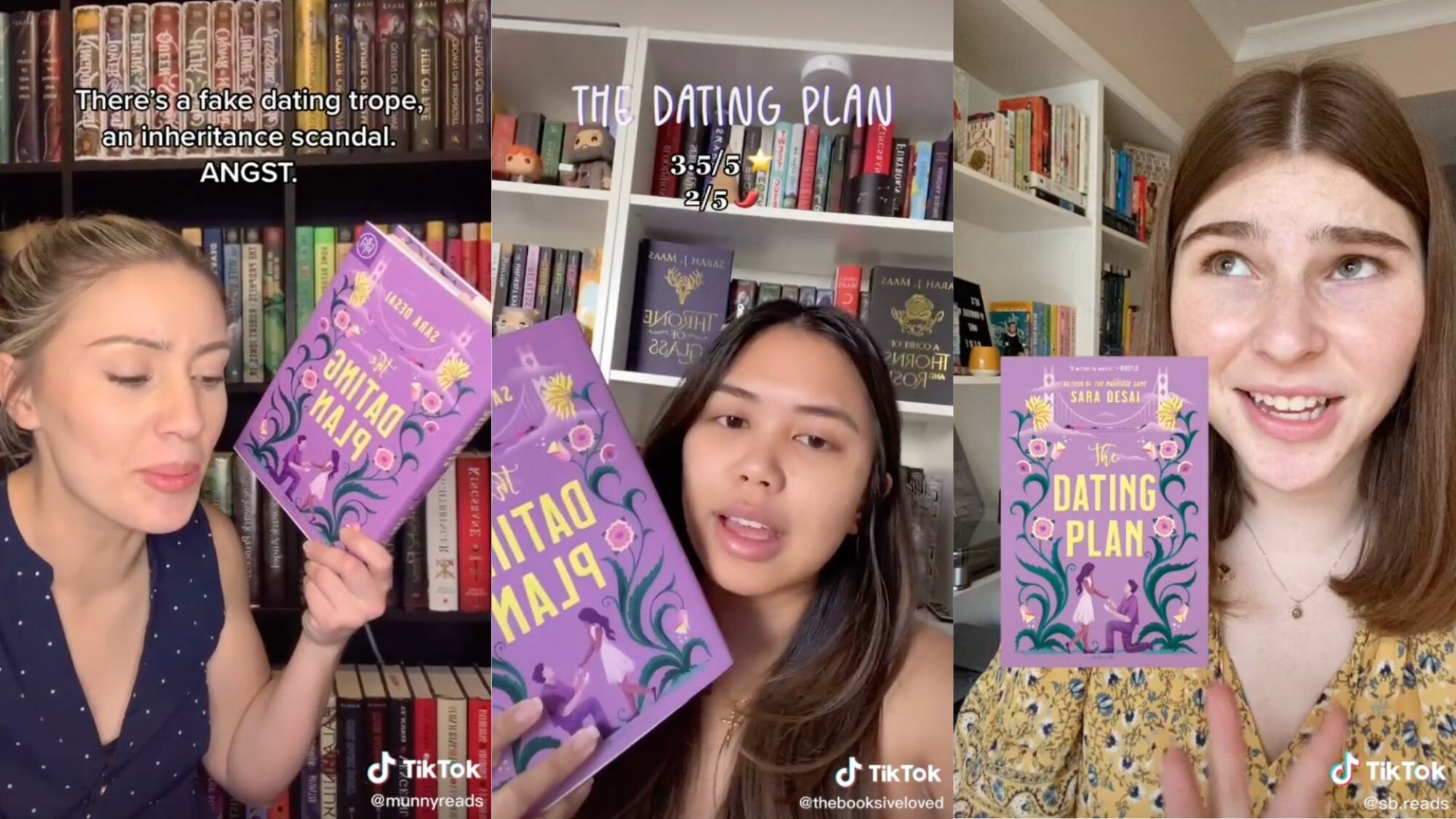 The power of BookTok was unforeseeable — but now undeniable. #BookTok has become something of an institution within the TikTok ecosystem, with a hashtag boasting over 66 billion hits.

Here, people share their latest reads, the genres driving them to bookstores, and even annotating and analysing techniques to transform any literary experience. TikTok itself has capitalised on BookTok’s meteoric rise with the recent launch of its official Book Club. Its popularity has even led to a direct rise in book sales, influencing the publishing world off the screen.

Like the rest of TikTok’s communities, BookTok is tight-knit, trend-driven, and ever-changing. In recent weeks, BookTok has become tangibly obsessed with the romance genre, and while not everyone is a fan of its recommendations, it is safe to say that a distinct cluster of love stories are being favoured by TikTok’s readers.

Tropes like enemies-to-lovers (a la Bridgerton Season 2), childhood friends-to-lovers, forbidden love, family angst: these are the themes that are dominating the contemporary romances BookTok is littered with. Many BookTokkers focusing on romance are also rating books based on spice levels (🌶), a ranking scale that is pretty self-explanatory.

Here are some of the books piquing BookTok’s interest now.

The Dating Plan is a lot like the 2009 rom-com The Proposal, as @munnyreads notes. Like the film, Desai’s book features the premise of fake fiancés for a greater cause. Daisy Patel, a software engineer with little interest in love, has to soothe her family’s fears by presenting them with a partner. She turns to her childhood crush, venture capitalist Liam Murphy, who needs her for his own personal reasons. The fake relationship has its share of complications, as one can surmise.

Across TikTok, #thedatingplan has over a million views; TikTokkers like @sb.reads and @thebooksiveloved provide positive reviews, noting that the book’s romantic journey and character chemistry makes it worth the read. 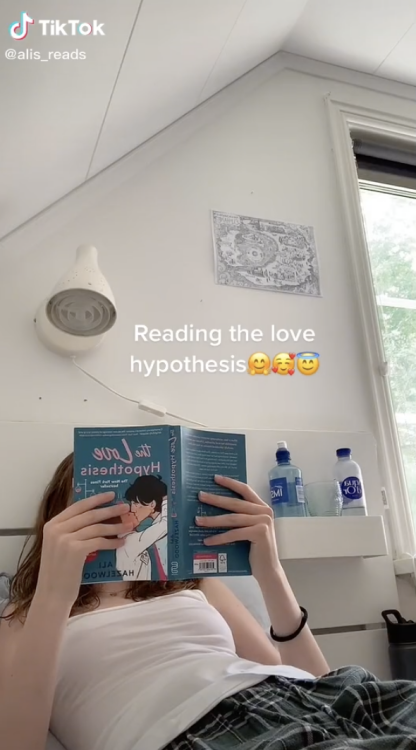 This book is, even by BookTok standards, hugely discussed: its dedicated hashtag has over 323 million views, with hundreds of TikToks dissecting and praising it. The Love Hypothesis by Ali Hazelwood is centered around Olive Smith, a Ph.D. candidate, who needs to prove her nonexistent affinity to love. She gets the help of Adam Carlsen, a young professor who agrees to be her fake boyfriend.

If we’re to believe TikTok, this is essentially a love/lust story at a science conference and some people are fully obsessed based on the premise alone. Some have deemed it incredibly steamy (like @alis_reads), others said they read it in three hours flat. Some bemoaned the recommendation, but this pales in comparison and size to the many fans of the novel.

The formula is similar enough to The Dating Plan, so BookTok clearly has a type. The whole “fake dating” plot is even being highlighted by national bookstore Barnes & Noble, with similar titles found on TikTok, like The Fine Print by Laura Asher and The Deal by Elle Kennedy. 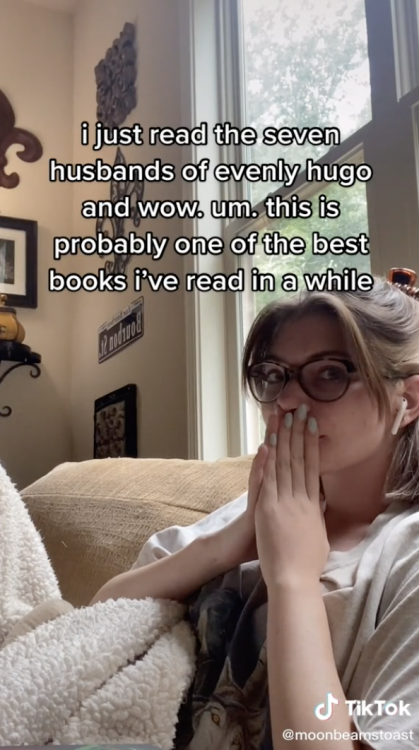 This book, first published in 2017, was amongst the titles to be revitalised and platformed by BookTok. Its cover, teeming with Hollywood glamour and notions of old-world romance, is a giveaway: the book tells the story of a fictional Old Hollywood star Evelyn Hugo as she gives a final interview to a little-known journalist, Monique Grant.

The Seven Husbands of Evelyn Hugo is a TikTok sensation in more ways than one. There are the reviews: take TikTokker @cowboylikealexx, who called it “one of the best books i’ve read in a while.” Then there are multiple BookTokkers who’ve even dressed like Evelyn, reenacting her scenes and lines.

The novel is set to be adapted into a Netflix show, a fact BookTok will no doubt adore. The novel sat on the New York Times Bestseller list for 72 weeks, still bagging a spot this week. 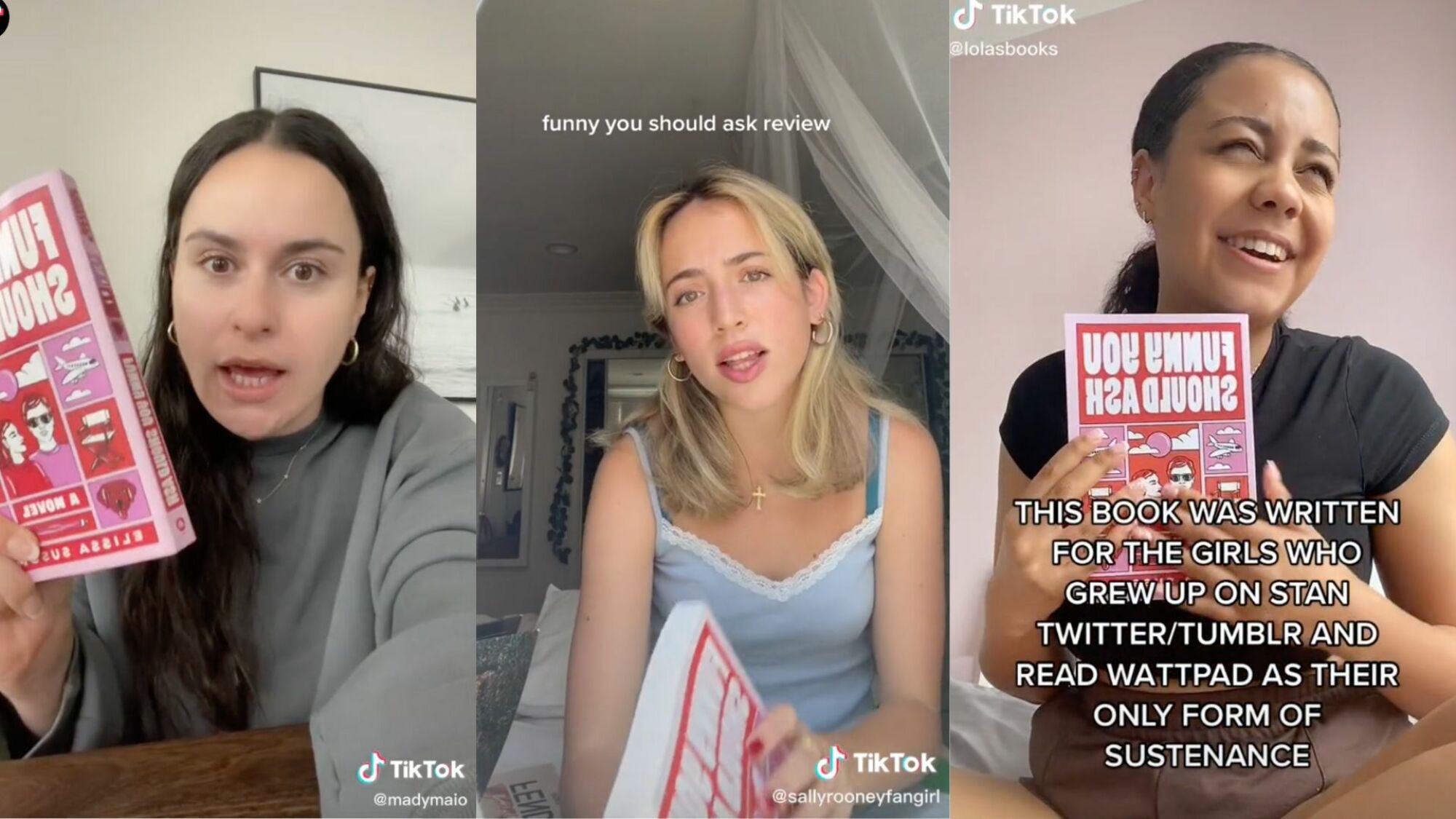 Elissa Sussman’s book Funny You Should Ask was released just this April, maintaining TikTok’s fleeting attention months later. In the book, writer Chani Horowitz is hired to profile actor Gabe Parker, her long-time crush. The interview spirals into a much-publicised weekend. Fast-forward 1- years, and Chani is divorced, living in LA and working on her career — but that profile, and Parker, never quite leave her.

On TikTok, the reviews for the book are overwhelmingly positive: @sallyrooneyfangirl called it “a fan girl’s dream book,” a notion @lolasbooks agreed with, while @madymaio said it was the best book she’s read this year.