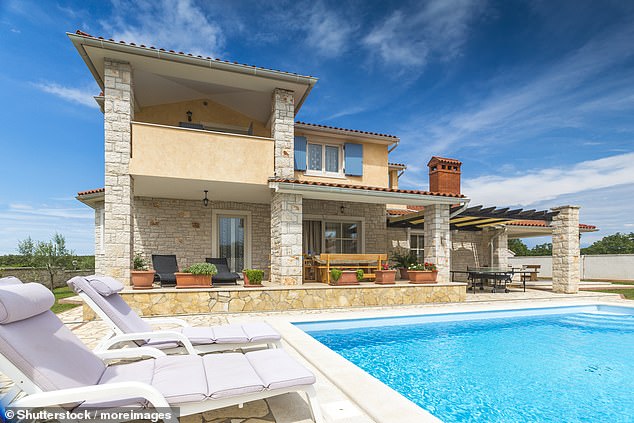 By Oliver Price For Mailonline

A British couple in their 80s were found dead floating in their swimming pool at their holiday home in the south of France last night.

They were discovered by their neighbours who were supposed to be coming round for dinner at the man and woman’s home in Gignac, Hérault.

No one answered the door as they arrived, so they entered the couple’s second home to find both of their bodies floating in the pool, French media France Bleu reports.

The English couple were  discovered by their neighbours who were supposed to be coming round for dinner at their home in Gignac, Hérault in the South of France (stock image)

Emergency services attended the incident but neither of the English holidaymakers could be saved.

The couple are reported to visit in their luxurious holiday home in the Occitania region of France several times a year.

They were said to be very nice people and sometimes participate in activities in the town.

An autopsy will be performed to determine the cause of death but it is not being treated as suspicious.

No burglary was believed to have happened and there was no theft at the property.

A theory is that one of the couple witnessed their spouse drown and in coming to their aid, also sadly drowned, a source close to the investigating told French news outlet La Dépêche.