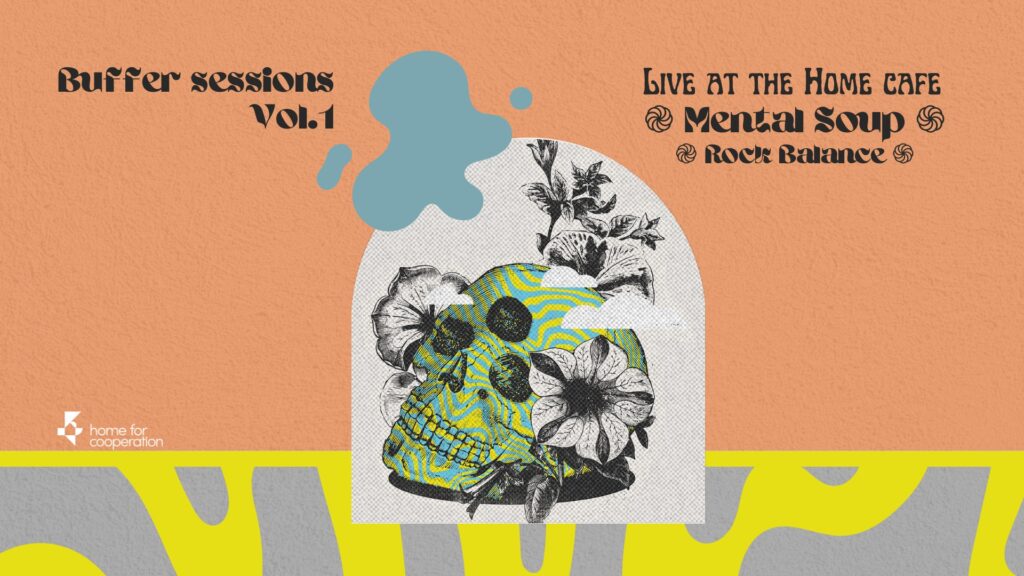 Before the pandemic each week or so, local bands and musicians were invited to perform at the Home Café’s veranda or rooftop which looks out on the whole of Nicosia. Well, it’s time these Buffer Sessions to return and this first one arrives on August 5.

The first event will be a psychedelic music gathering of sorts on the café’s veranda as it invites bands Mental Soul and Rock Balance to rock out. The music will kick off at 8pm with a €3 entry fee and homemade pizzas by Quattrino.

Both of the bands kicking off the Buffer Sessions are Cyprus-based. Mental Soup is a rock band formed in Kyrenia in 2017, consisting of Ed Sezener, Arman Tatlicioglu and Bulut Akbilek and known for its explosive live performances. Mental Soup is inspired by many artists such as Jimi Hendrix, Thee Oh Sees, Led Zeppelin, King Gizzard and the Lizard and many more. It has published two singles and the band members are currently working on another album.

Rock Balance is a five-piece Cypriot hard rock band from Morphou. The band was formed in 2016 from a collection of talented musicians. Their unique brand of entertainment fuses the 70s, 80s and 90s hard rock heavy metal and groovy feels that turn into a headbang with high tension and passion.