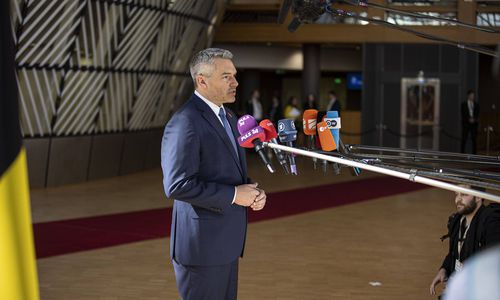 London. When people talked about the crisis in the Tory party in the past six months, they meant one man in particular: Boris Johnson. Due to the party affair, the prime minister kept making negative headlines, and with his lies and self-importance he threatened to bring the entire conservative party into disrepute. That was the reason he was ultimately overthrown by his own peers: someone who messes up the Tories’ electoral chances shouldn’t remain party leader. But the Conservative crisis goes beyond the personality of Boris Johnson. In the long run, his successor will have the same problems as the British prime minister.

Election victory because of Brexit

At first glance, the Tories may not seem like a party in crisis. The election victory in December 2019 was the biggest triumph in decades, and the party still has a solid majority in the lower house. But the election was centered around one issue: the issue of Britain’s exit from the EU, still pending three years after the referendum, overshadowed everything else.

By promising to settle the matter once and for all, Johnson was able to rally an unusual coalition of voters, including both former Labor supporters in the north of England who hoped Brexit would boost the economy, and more traditional ones Tory voters in the south of the country. But the years following the electoral triumph showed how difficult it is to keep this coalition together. In the north, there was increasing questioning about where the promised economic balance is, while the Tories from the right-wing fringes are increasingly complaining about excessive taxes.

The endless, heated Brexit debates of the past six years have masked rather than solved the deeper problems facing the Tories. The fundamental difficulty for the party is that it is gearing its political platform to a shrinking constituency, namely older, socially conservative Brits who are reasonably well off economically. In recent years, the Tories have shown time and again that their policies are based on the interests of these people: from aggressive rhetoric against migrants to economic policy. The most recent example is the announcement in June that it would increase state pensions by 10 percent to keep pace with inflation – while the government claims it is irresponsible to raise wages accordingly. But for a party that’s largely courting retirees, that makes sense.

The same applies to the housing crisis: despite all the rhetoric, the Tory government has done nothing to make housing affordable for younger people. House prices today are 65 times what they were 50 years ago, while average wages have only increased 36 times over the same period. Many young people have long since given up the dream of owning their own home or an affordable rental apartment. The older generations, on the other hand, who already own apartments and whose assets have inflated accordingly, can live with them.

“A Nursing Home with an Army”

In the long run, however, this poses a danger for the Tories. In his book Falling Down (2021), sociologist Phil Burton-Cartledge writes that if the party does not offer anything to the younger generation, sooner or later it will be in trouble. The assumption that voters automatically become more conservative with age is based on a fallacy: what matters is not age, but the fact that since the 1980s the older generations have been able to amass wealth – owning property, especially homes, is “the magnetic force” that has benefited the Tories, writes Burton-Cartledge. The younger generations, however, remain largely propertyless, and so the Tory electorate is steadily shrinking.

Many conservatives are also aware of this danger, especially the younger ones. Economist Sam Ashworth-Hayes, who works for the right-wing Henry Jackson Society, wrote in the Tory-affiliated magazine The Spectator ahead of May’s local election that he would be voting for Labor with a pinch of a nose. The Tory party’s vision for Britain is essentially “a care home with an attached army”. It is only there to meet the demands of pensioners. Given the choice between a Labor party that despises me and a Conservative party that actively wants to steal my money, I’ll vote for the former until a third choice arises.

The replacement of their party leader, of British Prime Minister Boris Johnson, has plunged the Conservative Tories into turmoil. Now Secretary of State Liz Truss and former Finance Minister Rishi Sunak are fighting to succeed the party. Whichever of the two wins the race will struggle with the same problems as its predecessor over time. The Tories primarily make policies for pensioners and have little to offer younger people.