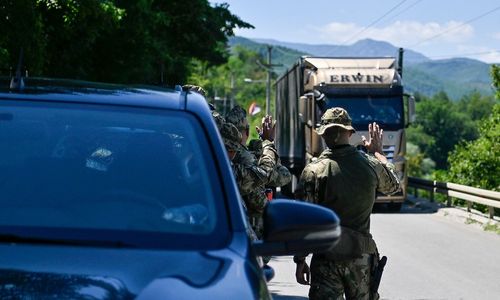 After an escalation in the north of the country, the Kosovo government is putting the new entry rules on hold. The US and the EU fear that Serbia’s ally Moscow could pour fuel on the fire.

The scenery was terrifying. Sirens wailed in the north of the city of Mitrovica. Then the reports spilled over: there were reports of exchanges of fire between Kosovan police and armed Serbs. There were even rumors that Serbian troops had already advanced into northern Kosovo. The Ministry of Defense in Belgrade finally made it clear that Serbia’s army had not crossed the border – at least not yet. The latest escalation between Serbia and Kosovo shows how quickly the situation in the region could change. The danger has recently increased – precisely because of the war in Ukraine.