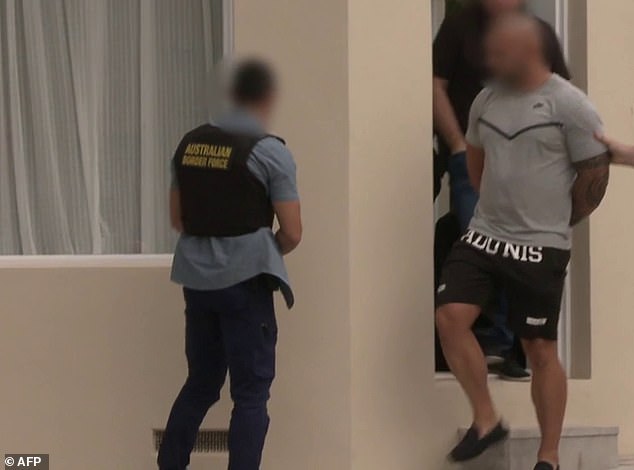 A drug smuggler who was responsible for unpacking 645kg of MDMA from imported barbecues complained about the hard work, comparing it to being a cotton farmer and whinging about a sore back.

Luke Humphries, 33, was given the task of unpacking 346 packages of MDMA hidden in 199 barbecues in a warehouse at Smeaton Grange, in south-west Sydney, in October 2019.

But only one day into the laborious work, he called his friend, whinging he was exhausted but admitting he was in for a huge windfall if he could complete it. 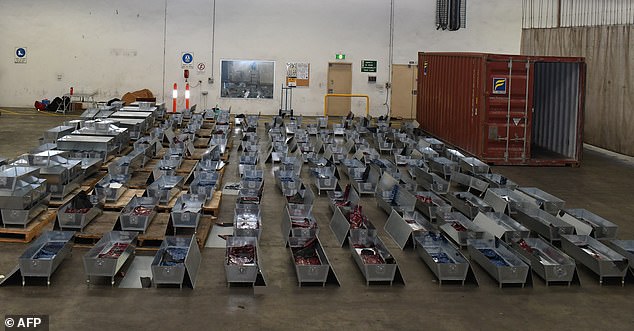 Luke Humphries, 33, had to unpack 346 packages of MDMA hidden in 199 barbecues in a warehouse at Smeaton Grange, in south-west Sydney, in October 2019

Humphries had only stripped 13 barbecues of the MDMA when he called his friend to complain.

The phone call was recorded by the Australian Federal Police and has been used as evidence to charge Humphries in the Downing Centre Local Court.

Humphries pleaded guilty to attempting to traffic a commercial quantity of MDMA and he will be sentenced on August 11, the Daily Telegraph reported.

The phone tap from the AFP also recorded the pep talk Humphries received from a drug kingpin, who pushed him to finish the job, court documents revealed.

‘You’re going to get paid like a king,’ Humphries told his friend, recounting a conversation he had had with a cartel boss.

Court documents claim the barbecues had been put on a ship named Hansa Neubur at Port Limassol, in Cyprus, before arriving in Port Botany on July 17, 2019.

The barbecues were stacked in groups of ten with court documents detailing how the drugs were hidden in the bottom four of each stack.

Little did Humphries know, the AFP was already aware of the shipment, intercepting the barbecues when they arrived in Australia and replacing the MDMA packages with a substance that looked like the illicit drug.

The police then released the packages and sent them on to a storage facility in Matraville.

Court documents said Humphries flew from the Gold Coast to Sydney and rented a house in Mascot. 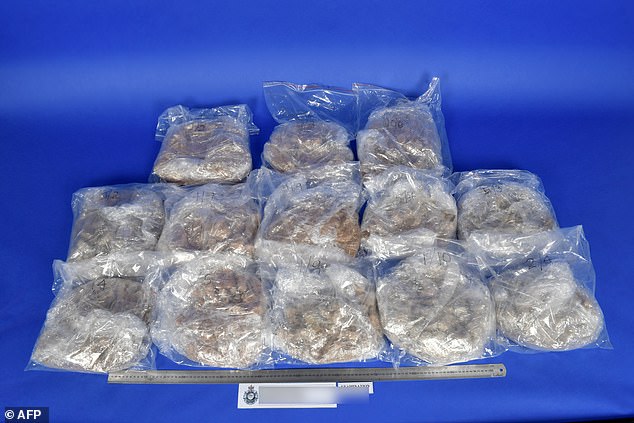 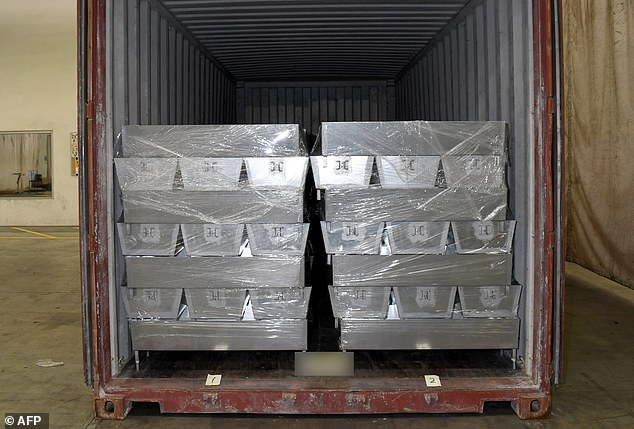 The barbecues were stacked in ten with the drugs hidden in the bottom four of each stack, the court heard

The barbecues were moved from Matraville to a warehouse on Hartley Road, Smeaton Grange, before Humphries unloaded them, according to court documents.

The court heard Humphries called his friend complaining he was ‘so tired’ and that he ‘has to do everything’.

Court documents said Humphries then moved his operations to a Waverley property before making a ‘dead drop’ at an apartment on Hassall Street in Parramatta.

Humphries was arrested at an apartment in Bondi Junction, Sydney’s eastern suburbs, on December 16, 2019.

AFP Commander Organised Crime Kirsty Schofield said at the time that the seizure was a big win for public safety.

‘The size of this seizure and the amount of harm it could potentially have caused cannot be understated, and the Australian community is safer for it not being on our streets,’ she said.

‘We are grateful to our partners in Cyprus and the UK for their willingness to help us as we seek to identify those responsible for this consignment – we will always try and work our way up the chain of organised crime syndicates seeking to profit from exploiting our community.

‘The reality is these drugs put strain on our health services and our economy, they tear apart families and the illicit proceeds fund organised crime. It is our job to protect Australia from to these threats.’

ABF NSW Commander Danielle Yannopoulos said in 2019 the drugs had been found because of the technology border force officers and police now had access to.

‘Our officers continue to prove, time and time again, that criminals who attempt to hide these substances are wasting their time. We have invested heavily in our technological capability in recent years, and our officers can see further into these containers than ever before,’ she said.

‘My message to criminals is clear: reconsider. We will find these drugs and the penalties are very high.’

With a rise in seemingly unprovoked assaults and attacks in Metro Vancouver where mental health is a contributing factor, some officials are now questioning...
Read more

Fumio Kishida has been publicly criticized for having ties to the Mun sect. That is why the head of the Japanese government has...
Read more
health