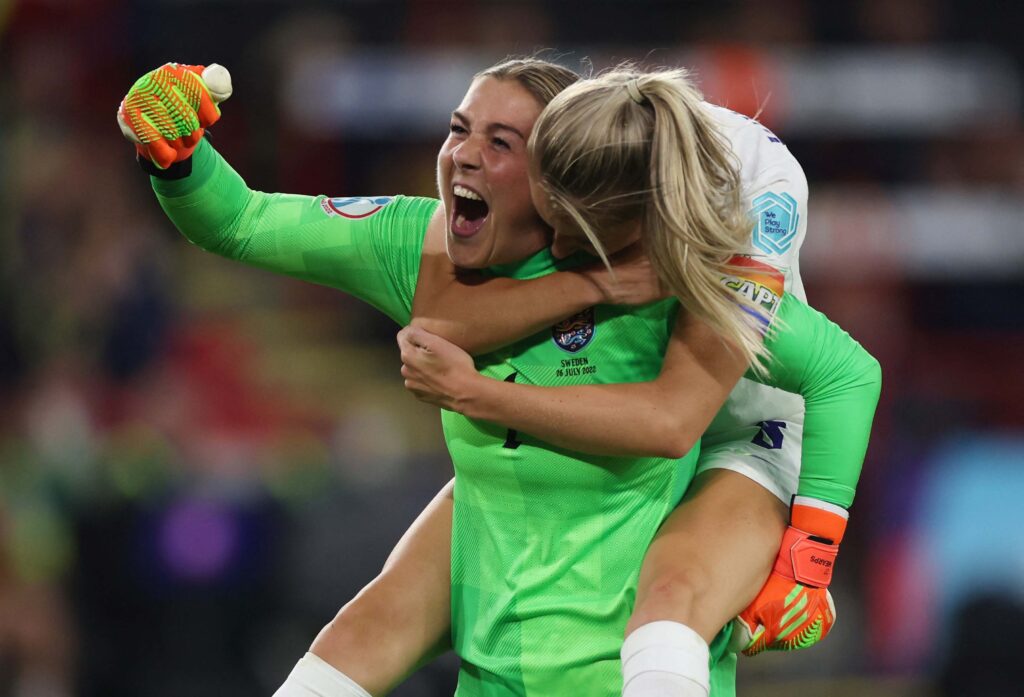 Women’s football is exciting on its own merits

In 1966 the Labour party’s Harold Wilson was British prime minister, the Americans were engaged in a war in Vietnam, the Beatles displaced Elvis Presley in popular music, the permissive age was upon us and, lest we forget, England won the World Cup beating Germany 4-2 at Wembley in London.

In 2022 we are stuck with a caretaker Conservative prime minister during the worst cost of living crisis in living memory and a dangerous proxy war in Ukraine between the West and Russia.

But we can bury our heads in the sand because life goes on and although there is no pop group to match the Beatles, when the social history of our times is written, the women’s European football championship of the last three weeks will rank as a pivotal time in British social history when gender equality truly came of age.

I don’t want to jinx England’s prospects on Sunday by going on about 1966, which was a long time ago and grates with the Germans no end – and everyone else.  The Germans do not get wound up because they lost in 1966 but because their men won the World Cup and the European Cup three times since 1966 and their women won the European women’s cup eight times since the women’s football began the 1980s, without the kind of English braggadocio we get about 1966.

But I can go on a bit about the semi-final between England and Sweden last Tuesday when the English lionesses trounced the Viking amazons 4-0. It was a special game as good as winning the title itself for what it has done for women’s football as a spectator sport

The England-Sweden match was a spectator’s dream of a game. It began with a Swedish attack in the first few seconds which was miraculously blocked by England’s keeper, Mary Earps, who was a tower of strength in goal with a number of super saves and a loveable personality.

The first English goal by Beth Mead was as crucial as it was technically brilliant. The second was a header from a set piece across the Swedish goalmouth. The third, however, was what Garry Lineker would call a peach. Not since the second goal scored by Diego Maradona for Argentina against England in the World Cup 1986 when he dribbled his way through the English defence like a knife through butter to score with a flick of the ball passed the hapless English keeper, has the world witnessed a goal like that scored by Alessia Russo with a back-heal through the Swedish keeper’s legs.

She had been closed off the left goalpost by two Swedish players and produced a masterpiece borne of quick tactical thinking and technical brilliance – not for nothing is football called the beautiful game. The fourth English goal was a blunder by the Swedish keeper who came out of her goal too early to flick the ball over the bar.

Perhaps I exaggerate in my comparison of Russo’s goal with Maradona’s which was in a class of its own not diminished by the fact that he cheated with his first goal and blamed God for his transgression, but Russo’s was as memorable as Maradona’s honest goal.

England’s victory over Sweden was phenomenal and their 2-1 defeat of Spain in the quarter finals in extra time was exceptional too because it showed consistency in England’s game that took them to the final against tough opposition.

I was very disappointed with France in the semi-final against Germany. France was brilliant against the Netherlands in the quarter finals whom they beat 1-0 from the penalty spot. I counted at least eight goal scoring chances France missed; not due to incompetence I hasten to add, but due to bad luck that sometime grips a side and is difficult to shake off.

They were a shadow of themselves against Germany and I am still left wondering if this was because Germany smothered their style or because the Germans were the better side. As always, Germany were extremely well organised and although the two goals by Alexandra Popp were a touch sneaky, Germany were better on the day and deserved to win.

It is a pity I have to write this before the final between England and Germany but as I fancy myself as a football-manager manque, I have been thinking about the way round German organisation. I noticed that against France, German organisation was no more than to crowd out French forwards on the ball so that either the ball got through without the attacking player or the player without the ball.

It is a dangerous tactic because not only does it leave other attacking players unmarked but also because if done inside the penalty area it could easily result in a penalty. The German attacks on France that resulted in goals were crosses from the flanks that enabled Alexandra Popp to sneak quickly from behind defenders to score. So the lionesses need to mark her tightly. As for scoring themselves long balls forward on the break is best this German side.

My prediction is England to defeat Germany. Score: 2-1; off to the bookies – only joking.

A girl who allegedly shoved her Texas college fling off a boat while they were flirting during a deadly boat party in 2019 posted...
Read more

A girl who allegedly shoved her Texas college fling off a boat while they were flirting during a deadly boat party in 2019 posted...
Read more
sports