Evenepoel ready for Vuelta: “Trained a lot on Mortirolo and Stelvio, stand lighter than I have stood” 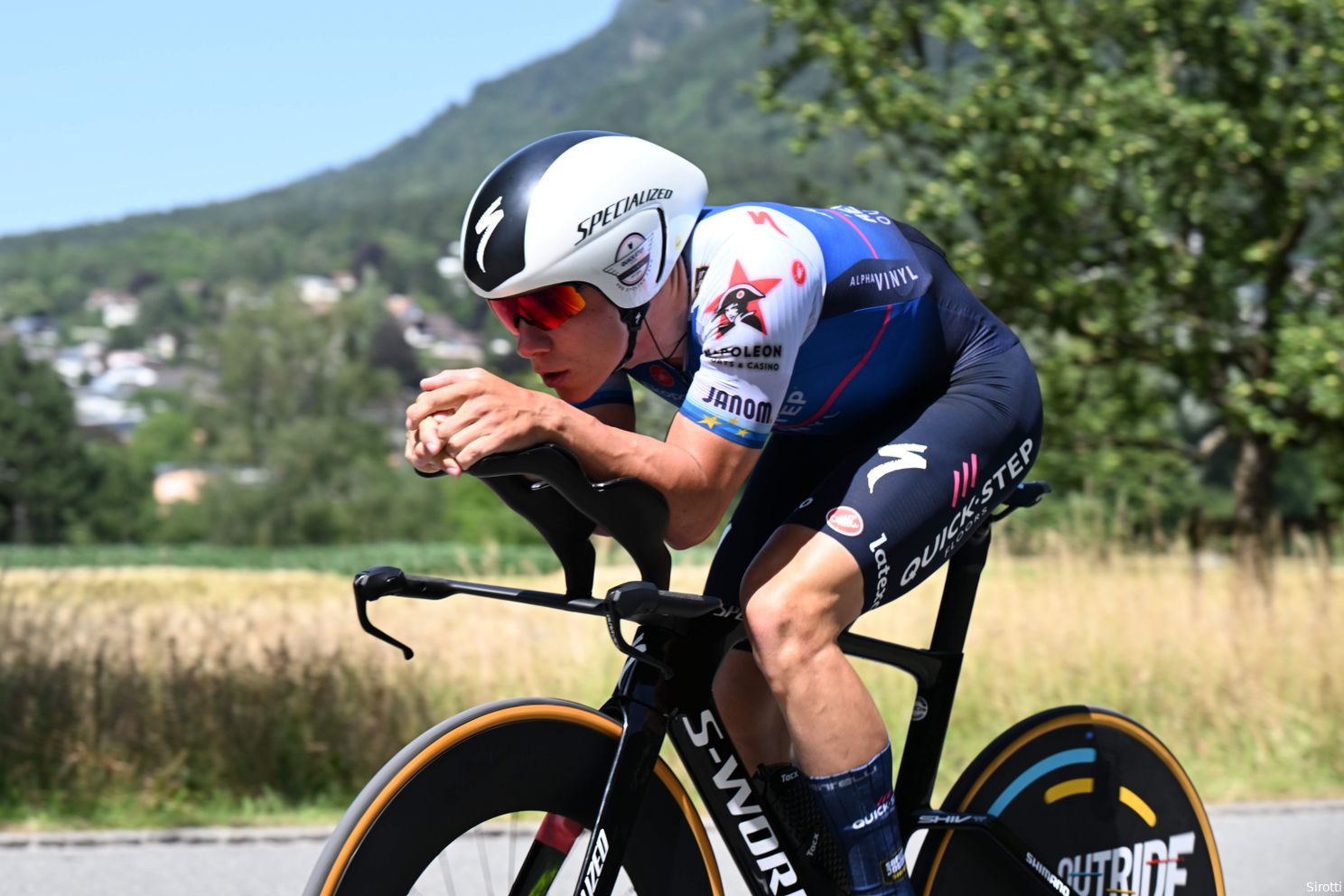 Remco Evenepoel drove his last race of 2022 on June 26, but a month later he is back for the Clasica San Sebastian. It is the competition he won in 2019, but above all a competition that is in the service of the Vuelta a Espana. Evenepoel wants to be in optimal shape in the last big round of the year, he said during an online press moment, including In the leader’s jersey.

Back to 2019, Evenepoel’s first year as a pro at Quick Step. The young Belgian had already won the Baloise Belgium Tour and a stage in the Adriatica Ionica Race that year, before stunting with a win in the Clasica. Evenepoel won solo, but three years later he is much better than then, he says. “I am a more complete rider than when I first participated. My body is now more developed, I can read the race better and I am more explosive and ultimately a more complete person. That can help to get a good result again.’

Evenepoel via Mortirolo and Stelvio to the Clasica

Evenepoel has been at altitude in Livigno in recent weeks and trained behind the moped at home. He is eager to start racing again. ‘After the national championships, I took a rest before going to Livigno for an altitude training course, with a lot of climbing training. I laid the foundation there, without specifically preparing for this match. At home I trained more explosively, but not too much. I have noticed that that explosiveness has not gone away. I am mostly very fresh and have had no other problems. I’m feeling good.’

Evenepoel, now 22, points to his altitude internship, where he consciously watches the steep climbs in Livigno. ‘I trained a lot on steep climbs, for example on the Mortirolo. I have done the Stelvio five times and some other cols. I’ve found I get used to it quickly, so the steep climbs in the final shouldn’t be a problem in the Clasica. It’s not just a race towards the Vuelta, I want to win. I’ve always done well here, so I’m confident.”

After the Clasica San Sebastián, the big goal is the Vuelta a España. It will be Evenepoel’s only grand tour of the year, after he did his first three-week stage race with the Giro d’Italia last year. According to the climber, it cannot be due to the preparation. “It will take a while until the Vuelta, but I’m training to do well there. I don’t know if I can talk about the standings. If I can win one or two stages, I’ll be happy. The classification will be an extra, my focus at the start is on stage wins, also with the team. The team time trial and individual time trial are big goals.’

Evenepoel speaks of ‘a perfect preparation’, in which he lost weight, among other things. “I’m lighter than I’ve been this year. When the focus is on certain goals, it is easier to lose weight. I think I weigh two kilos less than three years ago. During that period I often went up and down in my weight, but now I have learned how to deal with that. I took it easy towards the Vuelta, because I know that the last five weeks of this season are full. I want to be fresh there and perform well.’

When asked if he can show in the Vuelta that he can one day compete with men like Jonas Vingegaard and Pogacar, he is adamant: ‘It would be a dream to fight them one day. However, to reach that climbing level… I know that I belong to the world top in the time trial, but in the climbing I still have some questions for myself. It will be a great adventure and let’s hope for the best. My dream is to one day finish on the podium in a Grand Tour and for that you have to push your limits. That’s why we’re going to the Vuelta.’

Evenepoel trained many hours, pedaled away many kilometers and perhaps climbed more than ever. Still, he made room every day to follow the Tour de France. He watched the course open-mouthed. “It was a fast, hot and difficult Tour. The Jumbo men made it look easy, but I think it was really tough. What they did was very impressive and beautiful to watch. They had a plan and they showed it to the world. Hats off, I enjoyed the show on TV.’

Evenepoel does not pass by Tadej Pogacar, who was defeated by Jumbo-Visma, but according to the young top talent never ‘broke’. ‘Tadej is still the best cyclist in the world for me. He lost time twice, but I have a lot of respect for the way he has raced. He rode against a strong block on his own and he has commanded respect from me and many others in cycling. Not a negative word about Pogacar.’

For Saturday, Pogacar is therefore simply taken into account for the Clasica San Sebastián. “You should always mention Pogacar. He has already won two Monuments and many other races. Was he at the Tour de France Femmes for a week? Maybe he has supercompensation, after a week without stress and a lot of rest. I hope he has recovered and can have a good race.”

By Michileen Martin | Published 5 mins ago This week is starting to look very “Boromir’s last stand” for Sean Bean, though in this...
Read more