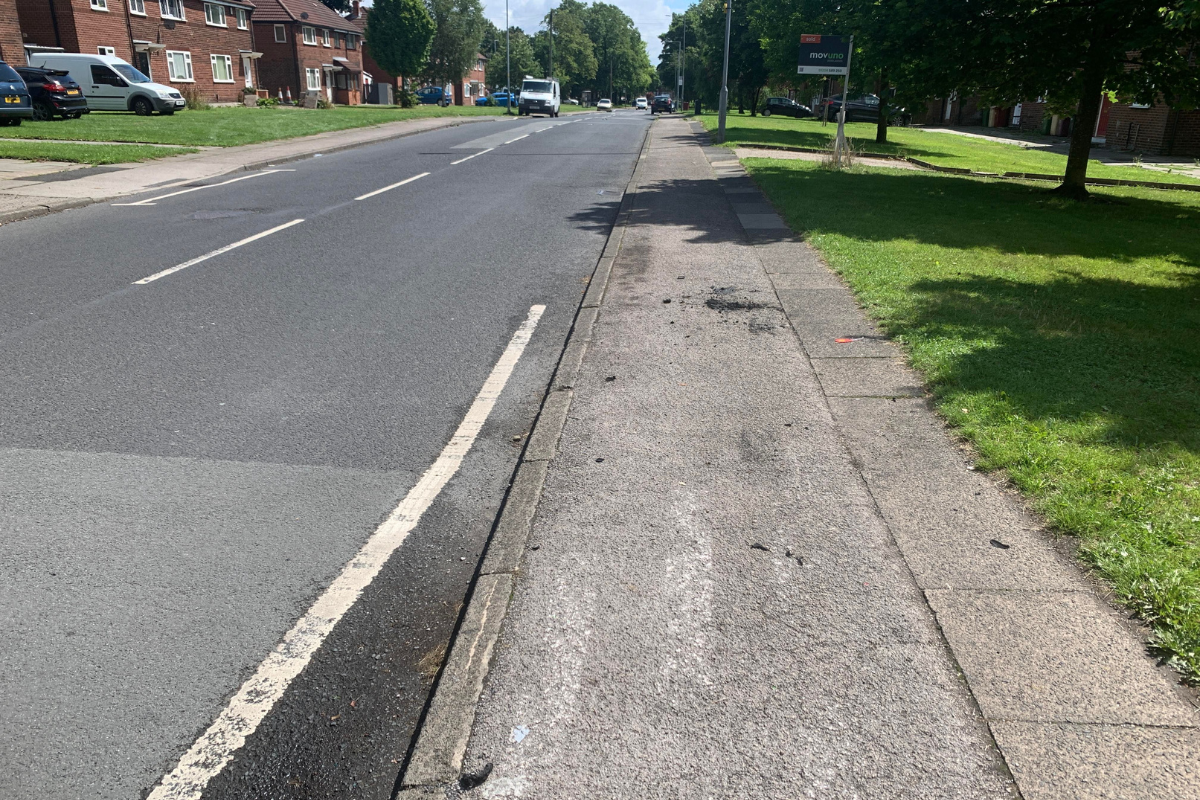 A Breightmet resident has spoken about the terrifying moment a car burst into flames outside her home in the early hours of today.

Residents have been warned to remain vigilant after a car was set alight in the early hours.

Crews from Bolton North Fire Station were called to Blenheim Road, Breightmet at around 3.30am.

The resident, who spoke to The Bolton News, called the firefighters and the car was well alight as they arrived.

The resident, who does not want to be named, said she saw the front tyre of the vehicle smoke before the whole car was on fire.

She said: “I came home about ten o’clock from a meal with my partner and I was going to bed about half past twelve I think it was and I saw that a car outside my house, the front right side tyre had a bit of a fire.

“So I shouted to my partner, there is a fire outside, but by the time I’ve got to the hall way and back to the window it’s gone up.

“It was really really bad, it was scary, to the point where I had to close my window, you couldn’t see anything there was smoke everywhere.”

Neighbours said the owner tried to get into the car but was told to stay away.

The resident added: “We heard a bang at about twelve and it sounded like something had fallen from my roof so we checked all of our house and it wasn’t and when we come outside, I thought it might have been a crash because there were about three or four people last night driving up and down like crazy.

“They always do down here especially on a Saturday night, there is always at least one crash.

“There was a car literally came down the road at literally 80mph and spun around the fire engine which was in the middle of the road onto the grass and went off.

“The police came and said that was the car they were patrolling.

“I stayed outside with the policeman and he said that this incident was a bottle of lighter fluid that had been put in the wheel arch, either outside or inside but it was bad it was really bad.

“No one in the street saw it happen, we just heard the after effects but it was really bad.

Watch Manager Carl Greaves said: “We can confirm it was deliberate and appeared to have been targeted for some reason.”

He added: “There doesn’t seem to be any evidence other than to suggest it was deliberate.”

The firefighters were on the scene for around an hour and police officers were also called to Blenheim Road to investigate the cause of the fire.

The fire caused severe disruption on the road while the firefighters went about their work but the scene was made safe by around 4.30am that same morning.

Watch Manager Greaves said: “Our message would be to remain vigilant, if you see something that’s abnormal, please report it.”

Anyone with any information or CCTV footage of the incident can call police on 101.

In the event of an emergency always call 999 immediately.

With the return of face-to-face classrooms, Chile’s classrooms saw less use of technical tools to support learning and teacher management, according to experts at...
Read more