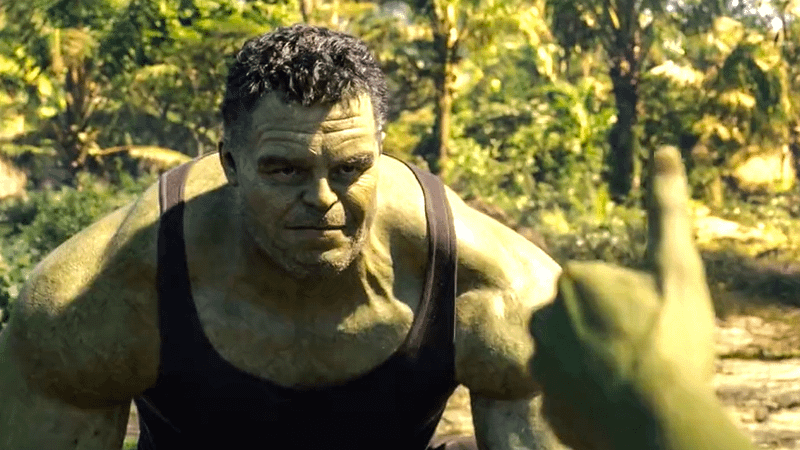 She-Hulk: Attorney at Law is expected to explore the dynamic between Mark Ruffalo’s Bruce Banner and Tatiana Maslany’s Jennifer Walters. The relationship between the two cousins will be forever changed once Walters receives her ability to hulk out in the series, and the trailers already showed a different kind of bond between them.

Marketing for She-Hulk revealed that Banner will ultimately train his cousin, but it is still unknown if he will end up helping her in her fight against Jameela Jamil’s Titania. In addition, Smart Hulk’s appearance also raises questions about the series’ place in the MCU timeline, especially after an intriguing connection to Shang-Chi and the Legend of the Ten Rings‘ post-credits scene.

Now, ahead of its premiere, a closer look at the training montage between the two cousins has emerged online.

Mark Ruffalo’s character tries to teach his cousin the ins and outs of being a big green rage monster, but clearly, Jen is already excelling at being a Hulk. Naturally, Bruce is jealous.

After pettily pushing She-Hulk off a cliff, Bruce thinks of another hidden Hulk ability to show Jen: the power to drink alcohol without getting tipsy.

Hulk tries to brag about this new ability to his cousin, but Walters appears to not be impressed by it.

The full clip can be seen below:

USA Today also released a series of stills from the show, the first of which shows Bruce and Jennifer trying to enter a state of zen:

A fresh look at Jameela Jamil’s Titania was also revealed, with the character seemingly getting ready for a hearing inside the courtroom:

Creator and head writer Jessica Gao spoke to the publication about how She-Hulk’s internal struggle “is different than Bruce’s because hers is so much more internalized,” noting how others perceive Jen post-transformation:

Maslany also revealed that she donned a motion-capture outfit similar to Ruffalo for her MCU role, sharing that they talked about “how bizarre that suit is:”

“He and I talked about how bizarre that suit is. Nothing about you feels like a superhero so there’s also an outsider feeling, which is sort of what the Hulk’s place in (the Avengers) is.”

The Orphan Black alumnus then shared that she is portraying Walters’ “irreverent” sense of humor while doing action scenes, admitting that “she doesn’t fight cool:”

“She-Hulk is not a trained fighter; ultimately, she’s Jen in a huge body that’s able to flick somebody and they go flying through a wall. She doesn’t fight cool.”

This story is developing. Please check back for updates!

SOLON, Ohio – Jim Janson’s ability to look back - and up - set the tone for his first novel, “Bartlett,” a coming-of-age look...
Read more

SOLON, Ohio – Jim Janson’s ability to look back - and up - set the tone for his first novel, “Bartlett,” a coming-of-age look...
Read more
Europe

My Festival: Katherina Radeva | The Scotsman

What are you doing at this year’s festival?I’m performing my new solo dance theatre piece 40/40. It focuses on female joy, migrancy, hard work...
Read more
Irelands

Are we close? On Monday, the Scottish government officially rolled out a scheme to allow for all period products to be given for free...
Read more
Load more
Facebook
Instagram
LinkedIn
Pinterest
Tumblr
Twitter