Fixtures, TV channel, live stream and highlights for this weekend 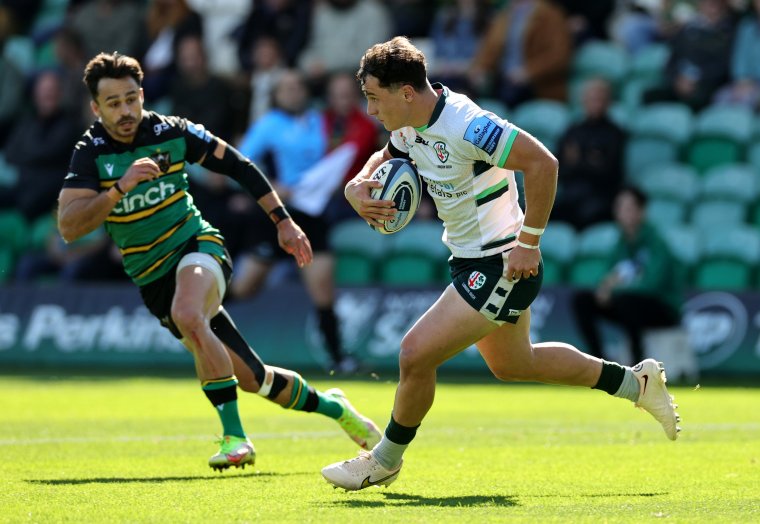 The third round of Premiership rugby beckons amid a week of financial uncertainty for both Worcester Warriors and Wasps as the focus shifts from administration and takeovers to matchdays.

Saracens will look to ride the wave of last weekend’s hard-fought win at the Stoop back to their first home game of the season, as Newcastle seek to detach the emotion of the situation from performance at Sixways in seeking their first win of the season.

Round three has some exciting matchups in store, including a star-studded East Midlands derby between Northampton and last season’s champions Leicester Tigers.

Here’s all you need to know about this weekend’s matches, which kicked off on Friday night with Bath taking on Wasps:

How to watch Premiership rugby

The Bears will hope to ride the momentum generated from their big win at Wasps last weekend with Ellis Genge returning to the front row and AJ MacGinty making his first competitive start at his new club. Harry Thacker returning to the bench from injury is also an exciting prospect.

Irish take an exciting young team to Ashton Gate, with Henry Arundell, Will Joseph and Chandler Cunningham-South all starting as they hope to bounce back from defeat at Northampton last week.

Director of rugby Declan Kidney has shrewdly talked up the credentials of his “in-form” opponents this week: “Bristol Bears have started the season with two wins from two games in the Gallagher Premiership and are a well-drilled outfit under Pat Lam.”

Both teams come off the back of victories into this Midlands derby which should be a great contest, with Lewis Ludlam, Dan Biggar, Tommy Freeman and Courtney Lawes all set for returns for the hosts while Alex Mitchell continues his fine form at scrum-half.

Tigers have picked a strong team for the clash, with Freddie Steward returning from his rest period and Freddie Burns back at fly-half. Jack van Poortvliet is also set to play his 50th Tigers match, an impressive milestone for the young England No 9, also named as vice-captain.

Saracens’ first home game of the season will see their new West Stand surely rocking after a win over rivals Harlequins, as they welcome the Cherry and Whites. Theo McFarland continues to impress in the second row while Mako Vunipola and Jamie George return to add heft and skill.

Gloucester’s task here feels a little tall, even if they’re bringing in new signing Albert Tuisue at No. 8 for his debut.

Duhan van der Merwe’s first appearance this season is a small ray of sunshine at Sixways amid the ongoing turmoil at the club.

Their visitors, Newcastle, are keenly aware of the tumult and potential for the match to be retroactively scrubbed from the record, but head coach Dave Walder has insisted upon total focus on the match: “As the head coach of Newcastle there’s nothing I can do about that. What will be will be in terms of whether or not the result stands, and nobody is taking anything for granted.”

George McGuigan captains this side, enjoying a fine streak of three tries from the first two games of the campaign.

The Chiefs are seeking to make it three on the bounce and can probably smell blood in a Harlequins side beaten at home by Saracens last weekend, even with the return of their star fly-half Marcus Smith.

“They’ve been two very strong performances,” said Chiefs’ director of rugby Rob Baxter. “What I’ve liked from watching us is just how hard we’ve been willing to work.”

A right-wing alliance led by Giorgia Meloni’s Brothers of Italy party looks set to win a clear majority in the next parliament, exit polls said on...
Read more
Netherlands

Faroe Islands made a stunt on Sunday in...
Read more
Ireland

A right-wing alliance led by Giorgia Meloni’s Brothers of Italy party looks set to win a clear majority in the next parliament, exit polls said on...
Read more
Netherlands

Faroe Islands made a stunt on Sunday in...
Read more
Ireland