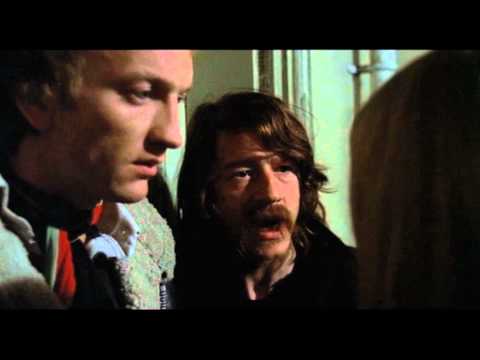 As well as being a member of the singular most influential rock band of all time, it’s fair to say that George Harrison also had a significant impact on the world of cinema. Harrison created the movie production and distribution company HandMade films after he had been introduced to Denis O’Brien by actor Peter Sellers.

While Harrison would help to get Monty Python The Life of Brian off the ground by re-mortgaging his house and providing Michael Palin and John Cleese with the funds required to produce the picture, one film produced by Harrison went under the radar for an awfully long time was Little Malcolm starring John Hurt and David Warner. The plot was based on David Haliwell’s play Little Malcolm and His Struggle Against the Eunuchs.

The film’s director, Stuart Cooper, once said of the project: “George never said this to me, but I definitely got the feeling that Little Malcolm may have been the first and last time he ever went to a play. He was a big fan of it and also a big fan of John Hurt, so he was in our corner already. He financed Malcolm through a company called Suba Films, which existed solely to receive profits from the animated Yellow Submarine. It was financed entirely by Yellow Submarine! He financed it top to bottom. He stepped up, wrote the cheque, and we made the movie.”

Little Malcolm told of a barmy Hilter-mad revolutionary by the brilliant name of Malcolm Scrawndyke (played by Hurt). After he is expelled from college, he plans revenge and creates the Party of Dynamic Erection with his layabout friends Wick, Irwin and Nipple. However, of course, Malcolm’s plight is against no one, an elusive enemy. It’s all rather Monty Python, by the sounds of it.

The play was David Halliwell’s first and arguably his most successful. Mike Leigh had directed the production and once explained Halliwell’s idea behind the story: “The Nazis made a big impression on people of my age; they almost destroyed Europe. But as well as being pretty threatening, they were also seen as a laughing stock even during the war.”

However, the film version of the play was hindered by the breakup of the Beatles. Cooper explained: “In the end, we got hung up by the Beatles’ breakup when all of the Apple and Beatles’ assets went into the official receiver’s hands. So Little Malcolm just basically sat there for a couple of years. Whatever heat and buzz we generated was all lost. It didn’t diminish the movie, but it stopped the momentum. George had to fight to get it back.”

“Berlin was the first airing we managed, but it won Best Direction, and the response was incredible,” he added. “[However], by then, it really didn’t have any legs. It was a film that got lost, and I had to put it on a shelf and say to myself, well, there might be a day for that one day – and here we are now, after so many years.”

The film was eventually released on DVD by the BFI in 2011.

Share
Facebook
Twitter
Pinterest
WhatsApp
Previous articleRobert Lewandowski’s tears after first World Cup goal were an admission that his time is running out
Next articleBills deliver record ratings for CBS & Paramount Plus. Should Buffalo be featured yearly on Thanksgiving?

The Flaming Lips have been ignoring convention and writing their...
Read more
Netherland

Fiorentina reached the last four of the Italian cup tournament on Wednesday at the expense of Torino. With the much-discussed Sofyan Amrabat as...
Read more

The Flaming Lips have been ignoring convention and writing their...
Read more
Netherland

Fiorentina reached the last four of the Italian cup tournament on Wednesday at the expense of Torino. With the much-discussed Sofyan Amrabat as...
Read more
EUROPE

What's the news?Today, February 1, was the first day that schools had, by court order, to ensure minimum services due to the indefinite strike...
Read more
Sports

Anderlecht pushes hard to transfer Toffolo and files a complaint against Nottingham with FIFA!