‘HIO has brought Gesy to brink of collapse’ 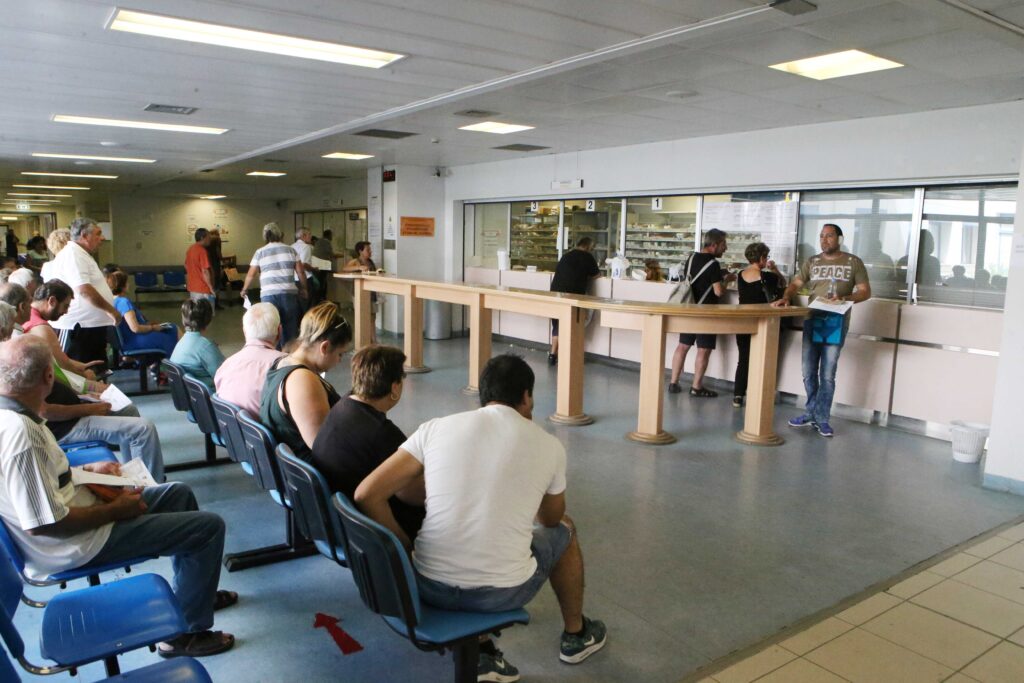 The finance ministry on Friday waded into a spat between the health insurance organisation (HIO) and the health ministry, accusing the Gesy operator of taking the health system to the brink of collapse.

A statement from the finance ministry described as “worrying” the fact that the HIO had managed “in a very short period of time” to bloat national health expenditure by around 50 per cent, shaking the system to the core.

It had stepped into the row that had been in full swing between HIO chairman Thomas Antoniou and the health ministry earlier on Friday after the latter asked the HIO for €120 million to cover the cost of sending some patients to non-Gesy hospitals both in Cyprus and abroad but the HIO did not want to pay and a back and forth ensued.

Antoniou, who in a separate development is being investigated for a possible conflict of interest and has placed his resignation at the disposal of the president, had written a letter to the health ministry complaining about the €120 million request, saying it would endanger the HIO budget.

Antoniou stated in the August 3 letter, published by Phileleftheros, that the health ministry “has exceeded the limit of legality” by calling on the organisation to hand over €120 million, adding that the ministry “cannot spend as it pleases”.

“The amount of €120 million, which is being talked about, is unrealistic, not justified and cannot be absorbed by the HIO budget without jeopardising the stability and viability of the fund,” the letter said.

“The Gesy law does not allow the HIO to cover costs related to providers who did not join the Gesy services and/or medicines with procedures that are not provided for by its regulatory framework, contracts and protocols,” it added. The finance ministry said this was not true.

The health ministry first hit back at Antoniou early on Friday. The minister’s communications adviser, Constantinos Athanasiou, told the Cyprus News Agency that the ministry served these patients because they could not be served by the HIO. The health ministry was trying to fill the gaps that exist so as not to lose lives.

“The health ministry is buying services from the private sector in order to save human lives due to Gesy’s inability, for the time being, to serve its beneficiary patients,” Athanasiou said.

Athanasiou said that the ministry was forced, in many cases, urgent cases, where Gesy hospitals were not able to take over, either due to workload or the absence of an on-call specialist doctor, or due to lack of beds, to purchase services with significantly high costs in order to save lives.

He added that it was also for this reason, that the ministry would continue, until the HIO was ready to cope, to carry out in the interest of patients, these referrals “and this cost should be reimbursed by the HIO”.

“What should we do instead? Leave people exposed?” he asked. “Any patient referrals are processed by the ministry of health, (are) services that the HIO should have provided and is unable to provide at this stage”.

In its statement later, the finance ministry accused the HIO’s Antoniou of being disingenuous in his letter as regards the Gesy fund and the €120 million, saying the fund was not in jeopardy, and gave detailed figures to back up its claims. It said Antoniou’s letter was misleading in a number of aspects.

“The liquidity of the HIO has never been put at risk and therefore, reports in this direction not only do not serve the interest of the organisation, but also undermine Gesy as a whole,” the ministry said. “The sustainability of Gesy is intertwined with the soundness of public finances since a large part of its income comes from the state, either in its capacity as an employer, or through the general government contribution,” it added.

It said the creation of reserves must be limited to what is absolutely necessary for the operation of the HIO, and outside of that “in no event” should anything be at the expense of the health services offered.

The finance ministry in its statement even went as far as to suggest political grudges behind the HIO president’s claims.

“It is obvious the attempt of Antoniou and [opposition] Akel to politicise an issue of conflict of interest which was highlighted by the auditor-general and for which the ministry of finance has nothing to do with, merely in order to hurt the government,” it said.

A copilot who jumped to his death from a small airplane in North Carolina was upset over damaging the craft's landing gear during a failed...
Read more
business

A Surrey, B.C., senior who waited 10 hours for an ambulance with a broken hip is speaking out in the hopes of making emergency...
Read more

A copilot who jumped to his death from a small airplane in North Carolina was upset over damaging the craft's landing gear during a failed...
Read more
business

A Surrey, B.C., senior who waited 10 hours for an ambulance with a broken hip is speaking out in the hopes of making emergency...
Read more
Netherlands

Spain’s DGT can fine drivers for kissing arguing their passenger