How the Bengals playing behind the sticks, and behind on the scoreboard, to start 2022 is behind their offensive woes 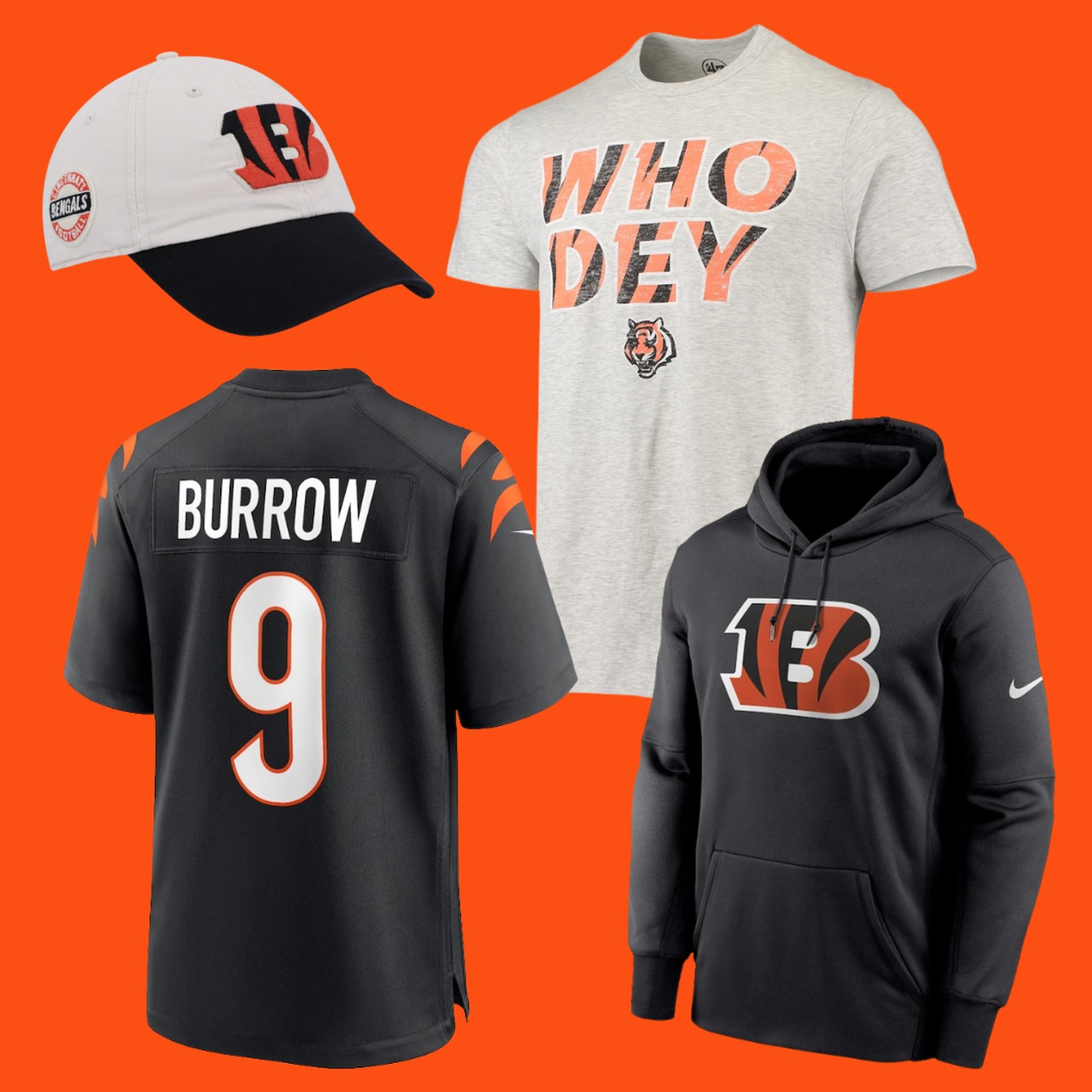 CINCINNATI, Ohio — By the time Joe Burrow led his offense onto the field for the first time at AT&T Stadium last Sunday afternoon in Dallas, they were already in an all too familiar — and all too uncomfortable — position.

The Bengals trailed in the game 7-0 and only touched the ball offensively until the first quarter was nearly halfway complete.

That, amongst other things, has led to the offense’s slow start and the Bengals’ 0-2 record to open the season.

Cincinnati has never held a lead through 130 minutes of game action and the offense has consistently played behind the first down chains. And as a result, defenses have wreaked havoc on the Bengals for large portions of games, as one of the league’s most explosive offenses a season ago has been anything but to start 2022.

“If we’re in a manageable distance, it opens up our playbook,” left tackle Jonah Williams said. “If we’re in a really long down and distance, it opens up their playbook. You want to take away everything that they want to do. Pretty much they can do anything they want to do if you’re in these long situations. So we just have to do a better job of staying in front of the sticks and not having negative plays.”

In their Week 2 loss against the Cowboys, the Bengals ran 26 first down plays (not including a half-ending kneeldown by Burrow).

On those 26 plays they gained just 97 yards, an average of 3.73 yards per play. Extrapolated out to every down, that would be the worst mark in the league by half-a-yard. (To that point, the Bengals are tied for 30th in the NFL at just 4.3 yards per play).

On pass plays, of which there were 10, they had just 4.2 yards on average — including lost yardage on sacks. On their 16 run plays, they rushed for 2.11 yards a pop.

Combined with four offensive penalties, two of which came on first down, the Bengals have played from difficult down and distances in both of their games thus far.

Burrow has been sacked 13 times through two games, the worst mark in the NFL. The blame can be spread all around, from Burrow himself, to the scheme, to the offensive line, to the tight ends and to the running backs. But no matter where the blame can be placed, it has drastically hampered the Bengals’ chances of creating plays to keep them on a positive game-script when their quarterback is picking himself up off the ground at least once nearly every quarter.

“It changes when you get off schedule and you are in second and 15 or first and 15, now you know you are throwing the ball,” offensive coordinator Brian Callahan said. “It’s just what it is. Now, they can play the coverages and rush and do all the things they want to do in that spot. It’s an advantage to the defense.”

Those coverages, notably ones with two-high safeties, have in essence put a cap on the offense and slowed the Bengals’ passing attack, was widely considered to be one of the best operations in the NFL. The goal has been to prevent big plays from their talented wide receviers, and to that end, it has certainly worked.

When defenses know the pass is coming, it’s much easier to defend and rush the quarterback, as both the Steelers and Cowboys have done thus far this season.

“It’s tough in this league, there’s too many good players up front to let them know that it’s going to be a pass play on first and 15, second and 12,” Burrow said. “That’s not a recipe for success.”

Gamescripts haven’t been thrown out the window necessarily, but it does change the equation a bit when a first and 10 becomes a first and 15, or a second and 7 becomes a third and 13. It’s much harder to settle into the gameplan when consistent negative, or net-zero, plays are happening on every drive.

“You can’t be as balanced,” Callahan said. “You are trying to be under center, you are trying to run the ball and trying to make it look right, then all of a sudden you are in second and 12 and you got to throw it because you are trying to get half of it back to make it a manageable third down. I think all that stuff (Sunday) was more self-inflicted than not. Those are things you can correct and be better at.”

Indeed, of the 70 first down plays the team has run so far this season, they average the least amount of yards than on any other down at just 3.74 yards per play. On second down, the average distance to gain for a first down is 7.96 yards, and on third down, it’s 6.33 yards.

More than just the yardage to gain, though, the Bengals have had to fight against the scoreboard each game they’ve played. In Dallas, the offense first touched the ball when the team was already losing and it took a late drive in the fourth quarter to tie the game up for the first time. The Bengals had just one possession with the game tied, and it was a three-and-out.

Against the Steelers, they allowed a first down sack on their first drive of the game. The next play Burrow threw a pick-six.

It took a touchdown with two seconds left for the Bengals to tie the game.

And both times out, they’ve trailed 17-3 at halftime.

“It’s a whole different feel when you are up,” Callahan said. “The goal is to always play with a lead the best you can. It does allow you to be more what you want to be and play selection does change to some degree in those spots even if you are up a touchdown and you are not fighting to claw back into a game by two scores, it opens up a lot of variation then just trying to throw the ball to get back into the game.”

That is, though, silver-lining of the upside for the Bengals’ offense.

Their defense has played very well to open the season and still has not allowed a second half touchdown in either game. With that the case, the Bengals’ offense has been able to march back into games — and fall just short.

As for the solution to the problem, there’s a multitude of things that could go right for the Bengals to ease into a game the way they want to.

Burrow mentioned Wednesday he would probably like to take the opening kick, “now and again,” to try and put the pressure on the opposition. That’s something coach Zac Taylor reiterated that the team was considering, especially since they’re evaluating everything to try and erase their slow starts.

By scoring a touchdown early, or even just by avoiding a deficit in the first few minutes of a game, the Bengals would be in a position to call the game as they’d like and keep defenses a bit more on their toes.

That, of course, could open up the Bengals’ deep-shots they’d love to take.

“Explosive plays are a big part of it, but like I said, if we’re getting down 14 points, teams aren’t going to give us those opportunities,” Burrow said.

The fixes to the offense are easier said than done, but they’re not complicated patches to make.

An improvement on first downs could help the offensive line, as rushers can’t be certain what play is coming on a second and four as opposed to a second and 13. Not taking penalties puts Burrow in a better position by easing off blitzes — when he’s given 2.5 seconds or more in the pocket, his number have, naturally, skyrocketed.

It’s clear from everyone that the Bengals know what the problems are, and all roads to an offensive revitalization might lead through an improvement on early downs and early in games.

The hard part now is putting words into action.

“We’ve just got to start fast,” wide receiver Tee Higgins said. “We can’t keep starting the game with a three-and-out. That’s not going to get our offense going. Get multiple first downs on that first drive and hopefully get some points. And start from there.”

Get the latest Bengals merchandise: Here’s where you can order Cincinnati Bengals gear online, including jerseys, hoodies, T-shirts, hats and much more

‘I got a lot of belief in this team’: Zac Taylor press conference transcript

By the numbers: Bengals have a top 10 defense through first two weeks of the NFL season

Why Bengals want to get out of ‘gotta have it’ territory

History not on Bengals’ side after 0-2 start to season

Zac Taylor stresses patience, but points to problems that must be fixed: Takeaways from Monday press conference

How Tee Higgins, Joe Burrow and the rest of the Bengals offense graded vs. the Cowboys

How D.J. Reader, Sam Hubbard and the rest of the Bengals defense graded vs. the Cowboys

What they’re saying after the Bengals’ disappointing loss vs. the Cowboys: Social media reaction

Millions of Italians will vote on Sunday in an election that is forecast to return the country’s most right-wing government since World War Two...
Read more
Europe

On the P&L side, the key change will be the deduction of ~$36m of expenses, which adds to the reinvestment capacity...
Read more
Netherlands

Break loose group with Evenepoel in pursuit of leaders | NOW

74 km to go - The situation at the moment:The leading group of sixteen riders has split into two parts. Behind it, a...
Read more

Millions of Italians will vote on Sunday in an election that is forecast to return the country’s most right-wing government since World War Two...
Read more
Europe

On the P&L side, the key change will be the deduction of ~$36m of expenses, which adds to the reinvestment capacity...
Read more
Netherlands

Break loose group with Evenepoel in pursuit of leaders | NOW

74 km to go - The situation at the moment:The leading group of sixteen riders has split into two parts. Behind it, a...
Read more
Technology

By Maria Demertzis According to current estimates, the European Union spends about 9 per cent of its gross domestic product on energy consumption. As a...
Read more
Load more
Facebook
Instagram
LinkedIn
Pinterest
Tumblr
Twitter