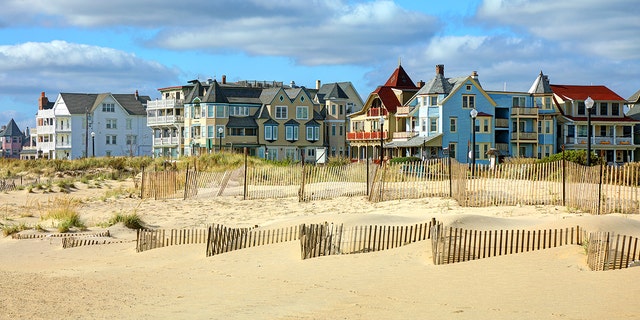 New research shows that humpback whales have returned to the Jersey Shore as a regular sight for tourists and beach-goers over the last decade.

The world’s largest animal, which weigh approximately 40 tons and are 60 feet in length, are sticking to New York and New Jersey waters for more extended periods in order to feed, according to a study co-authored by Rutgers University, Gotham Whale, the Center for Coastal Studies and 21 other organizations in the western North Atlantic. In addition, 101 whales were sited between 2012 and 2018, with a total of 257 sightings since July.

Researchers note that more than 58% of the whales spotted between Long Island and the New Jersey coast stayed in the areas for 37 days and were seen at least twice, either in the same year or between years.

“This research is important for the management of these protected species,” wrote Danielle Brown, a doctoral candidate at Rutgers. “The more time these whales spend in the New York Bight Apex may mean increased exposure to human activities including busy shipping traffic leading into the Port of New York and New Jersey.”

More humpback whales have been spotted off the coast of the New Jersey shore over the last decade, according to a new study.
(iStock)

The whales were often young, on average less than 5 years old, which is unusual since younger humpbacks typically move further north with their mothers to feed. However, their presence off the New York-New Jersey may be related to the increased population of the Atlantic menhaden, a fish species consumed by the whales.

Over the last decade, the menhaden population and the humpbacks have increased near the Jersey Shore. The humpbacks in these areas also traveled to the other spots along the U.S. mid-Atlantic coast, including Cape May, Eastern Long Island, and Virginia.

The humpback whales spotted in the New York-New Jersey waters tend to be younger.
(AP Newsroom)

WITH SHARK SIGHTINGS ON THE RISE ON EAST COAST, SCIENTISTS THEORIZE CONSERVATION EFFORTS MAY PLAY A ROLE

Democratic New Jersey Sen. Cory Booker in February introduced the Right Whale Coexistence Act, which gives $15 million a year for the next ten years to research and development grants seeking to reduce the human impact on North Atlantic whales. The bill has six co-sponsors but is currently stalled in Congress, according to NJ.com.