‘I don’t know what problem he has got with me’ 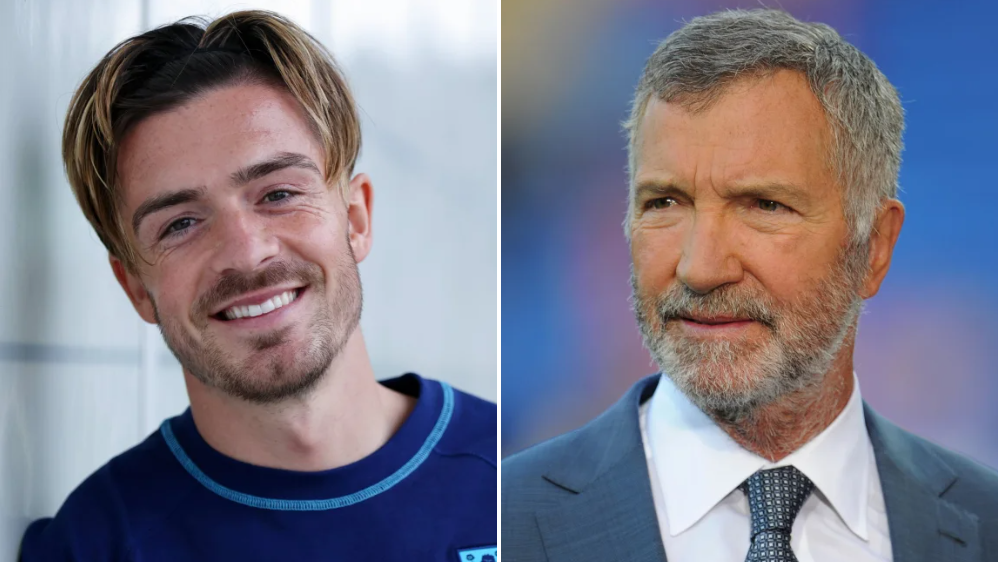 In the light blue corner Jack Grealish, in the blood red corner Graeme Souness, sitting in the middle, lights down low, the adjudicator Gary Neville. You could make a series out of that. Stick it on pay per view. People would pay good money to watch Grealish defend himself against the biting Souness analysis that he is not a great player.

Souness loved a tackle. It would be fun to see if he would soften his two-footed approach or go in even harder. The question of Souness is begged not because he might tremble at the prospect of a face-off with Grealish but because the divisive 27-year-old juggler is such a self-effacing, inoffensive character in the flesh. The preening sense of him that you might have inferred from his social and mainstream media portrayal is somewhat removed from the lad himself.

The latest Souness broadside drew a genuine smile from Grealish. The idea that he has failings is not new to him. He analyses every performance, acknowledges the errors and accepts the need to improve. He also has Pep Guardiola in his ear, deconstructing, disapproving, cajoling, urging, affirming. So when Souness claims he gets fouled a lot because he doesn’t see the picture quickly enough, or that he does not move the ball quickly enough, that he is good but not great, the commentary is balanced by Pep’s counter theory.

“Obviously he [Souness] was a great player but he does have a lot to say. I don’t know what problem he has got with me. I know he used to say before about me not moving the ball quick enough. I’m playing for a manager telling me to keep the ball as much as I can, have the balls to take it everywhere.

“I try not to read a lot of it. It’s difficult when he’s on TalkSport or Sky and its everywhere around the training ground.”
The Pep card is a clever one to play since it trumps most in the game. Souness delivered his critique in an echo chamber that loves to break the game down into easily digestible chunks. Souness is a relic of muddy pitches and mullets, of privet hedge facial hair and letting them know you are there. This does not disqualify his opinion. After all the fundamentals of great play haven’t changed. What Souness sometimes has trouble with is accepting he might be wrong.

At Manchester City and England, Grealish has struggled to make the adjustment from headliner to chorus line. He was the best player at Aston Villa for a decade. At City and England he is not indulged to the same degree. He accepts this but has been slow to work out an effective response. The arrival of Erling Haaland might just have freed him – the responsibility of being a £100m match winner every week erased by the remarkable Norwegian.

“I know within myself. I always watch my games, going into stuff like this. I know there are games, especially in the second half of last season when I wasn’t at my best at all. I came back fit, had a strong pre-season and then get injured in the second game. From now on I’m going to get my head down and try to get that fitness back.”

Grealish is that fortunate thing, a man happy in his own skin, a man for whom life appears absurdly simple. Perhaps Souness wants him to hurt a bit more, run a bit faster, try a bit harder, stop enjoying himself so much, take the game more seriously. It could be that Grealish does all of those things and that Souness refuses to acknowledge it.

“I’m like a normal kid doing what a lot of footballers are doing but I think I get more attention, posting pictures on holiday in Ibiza or Las Vegas. After that I was putting up pictures of me working.

“I know how professional I am. I know how good I am when I’m at my best. Hopefully I can get back to that as soon as possible.” The Grealish insouciance will probably infuriate Souness more than his deliberations on the ball.

“In my opinion it’s the biggest sport in the world and everybody wants to talk about it, good or bad. I have had to learn to deal with it. If my mum or dad were saying stuff I’d listen a lot more but when people are trolling on Twitter and Insta, it doesn’t bother me. It’s part of playing for the national team and at big clubs in England.

“I’m not the only one. When I signed for City and the price that came with it I knew it wouldn’t be all laughs unless I started the way Erling Haaland did. That’s the only way I wouldn’t get caned.”

Grealish finds himself at the same juncture with England as he is at City, needing to thrill the coach as much as the fans, to make it difficult for Gareth Southgate and Guardiola not to start him, which legitimises Souness’s point to a degree. Souness is not convinced.

Others are more amenable to Grealish rising, which makes the two games against Italy and Germany, and the two months of Premier League action that follow, an appetising prospect.

Hi, my name is Luciano, and I've been part of the ApostaGanha Brasil team for some time now, always writing articles about sporting...
Read more
Hot News