In pictures: Thousands of concertgoers take a trip back in time to the 1990s in Milton Keynes 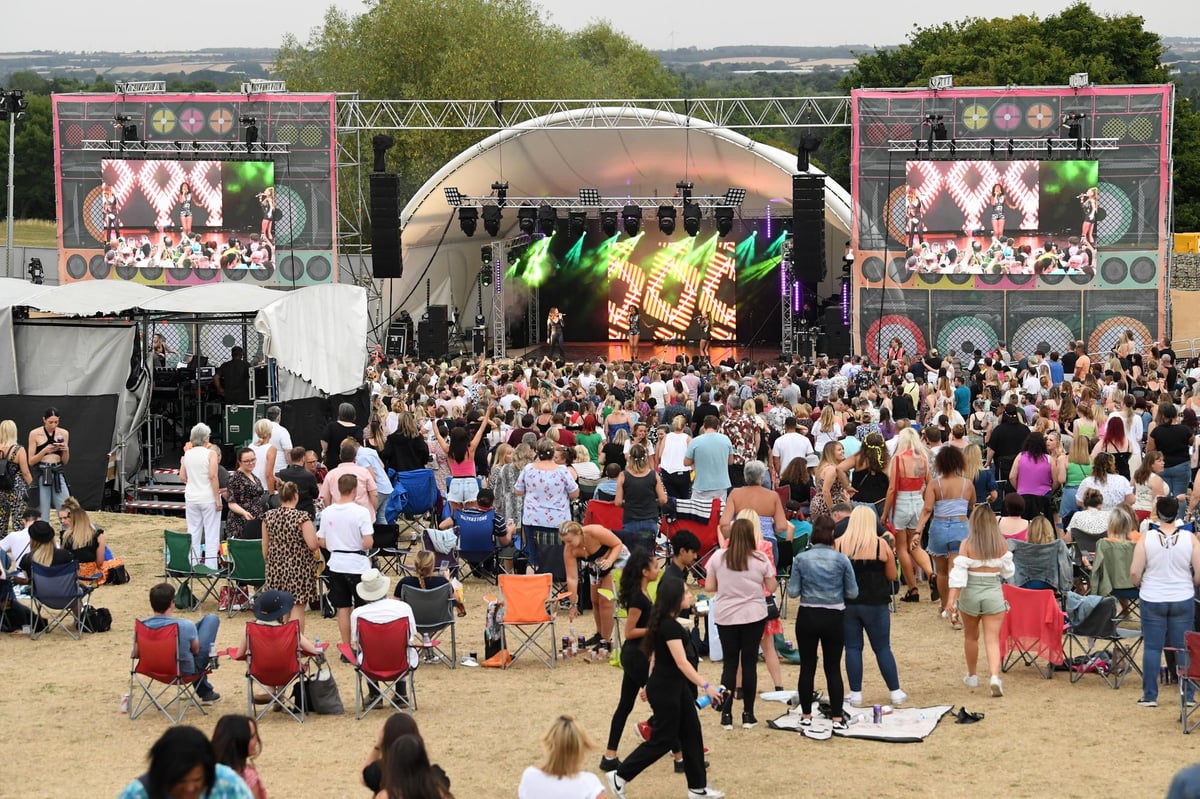 The concert was one of a series of huge events staged at the park this summer.

It was organised as part of the 25th anniversary tour of STEPS, who shot to fame in the 1990s with their line dancing classic 5, 6, 7, 8, along with Tragedy and Stomp.

The group officially reformed in 2017 and produced a highly successful album called ‘What the Future Holds’ in 2020.

They performed along with the iconic Gareth Gates, who started his career on Pop Idol and is best known for his tracks What My Heart Wants and Go Your Own Way.

Louise Redknapp, who started out in 1993 in the R&B group Eternal, was also a huge hit with the audience, as were popular British-Irish group Liberty X, who have released ten consecutive UK top 20 singles.

The concert featured BBC Radio DJ and TV presenter, Dean McCullough, who is supporting the tour.

Gareth Gates mingles with the audience

The audience loved the trip down memory lane

Dancing to the music