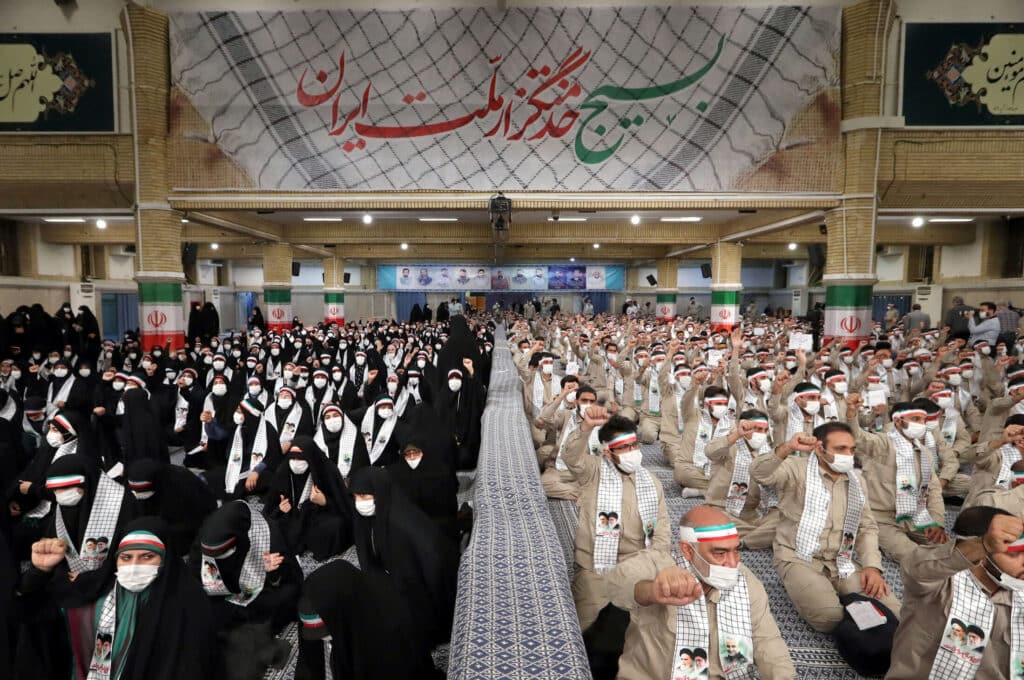 Supreme Leader Ayatollah Ali Khamenei said on Saturday Iran’s Basij militia forces have sacrificed their lives in what he called riots, the wave of protests sparked by the death in custody of a young Iranian Kurdish woman in September.

The protests that began after the death of 22-year-old Mahsa Amini while in the custody of Iran’s morality police on Sept. 16 have turned into one of the boldest challenges to the clerical leadership since the 1979 Islamic Revolution.

The Basij forces, affiliated with the country’s elite Revolutionary Guards, have been at the forefront of the state crackdown on the unrest in the past weeks.

“They have sacrificed their lives to protect people from rioters … the presence of Basij shows that the Islamic Revolution is alive,” Khamenei said in a televised speech.

Iran’s clerical establishment has blamed the country’s foreign enemies, particularly the United States, and their agents for the unrest.

On Saturday, videos posted on social media showed renewed protests at several universities in the capital Tehran and the central city of Isfahan. Reuters could not verify the footage.

Meanwhile, a group of 140 Iranian eye doctors issued a statement warning that birdshot and paintball bullets used by security forces were blinding many protesters in one or both eyes, according to the reformist news website Sobhema and social media postings.

Amnesty International has said Iran’s security forces have been using unlawful force, including live ammunition and birdshot, killing dozens of people. Iranian authorities have blamed some shootings on unidentified dissidents.

The activist news agency HRANA said that as of Friday 448 protesters have been killed, including 63 children. It said 57 members of the security forces have also been killed, and an estimated 18,170 people arrested.

Authorities have not provided a death toll for protesters, but a senior official on Thursday said 50 police had been killed in the unrest.

Iran’s hardline judiciary has sentenced at least six protesters to death and thousands have been indicted for their role in the unrest, according to officials.

After many Iranian fans on social media accused the national soccer team of siding with the violent state crackdown on the unrest, Khamenei applauded the squad for their win in their World Cup match against Wales on Friday.

The soccer team sang along to the Islamic Republic’s national anthem before Friday’s match, unlike in their first match against England in the opening game earlier this week when they chose not to sing, in apparent support for protesters at home.

Akram Khodabandehlou, captain of the national Iranian women’s taekwondo team, said in an Instagram post on Saturday that she was leaving the team after a 12-year run in the team. She said she was doing so for “respect for my people’s sad hearts in these difficult days”.

In their move to bury an investigation into the Beirut port blast, Lebanon’s ruling elite have driven another nail in the coffin of the...
Read more
Load more
Facebook
Instagram
LinkedIn
Pinterest
Tumblr
Twitter