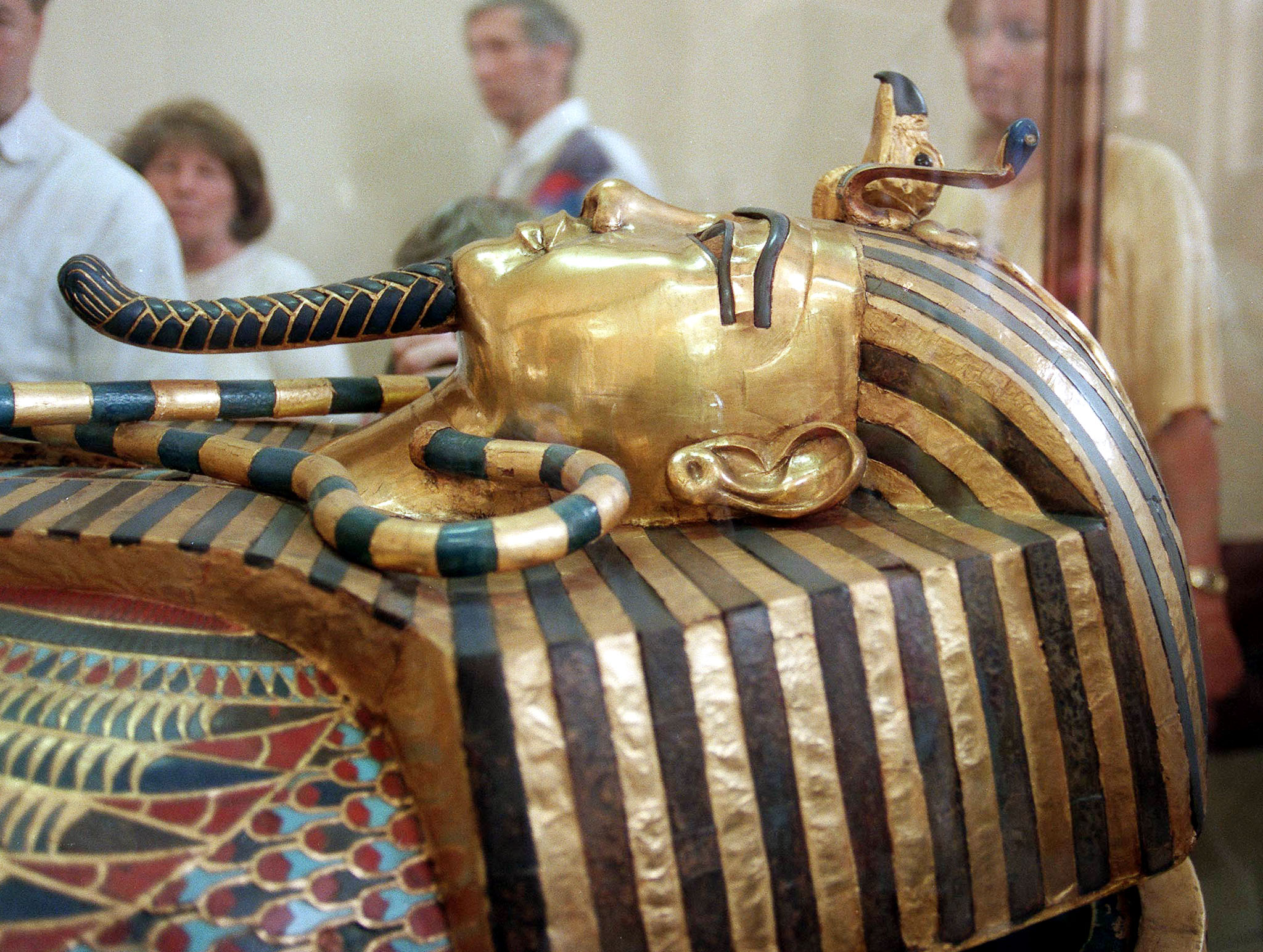 He was the last pharaoh of the XVIII dynasty and, during his short reign, recovered Memphis as the capital of Egypt and resumed polytheism, abandoned by his father, who had proclaimed Aton as the only god.

Tutankhamun’s tomb, in the Valley of the Kings, present-day Luxor, was discovered on November 4, 1922, but it was only on the 26th of the same month that the riches it contained were realized.

Thus, it was the first tomb of a pharaoh found intact, as all other royal tombs had been looted to a greater or lesser extent centuries ago.

The discovery of the tomb of Tutankhanon, also known as the Boy King, filled the headlines of the newspapers at the time, but not only: it also brought the belief that the place was cursed and that anyone who interfered with the treasure would end up dying soon.

The death of the expedition’s sponsor, Lord Carnarvon, a few months after the burial chamber’s opening, on February 16, 1923, caused many to consider that the curse was at work. However, at issue was only a blood infection.

According to National Geographic, only six of the 26 people present when the tomb was opened died within the space of a decade. And Howard Carter, who would surely be “the main target of any curse”, lived until 1939, almost 20 years after the place opened.

How did Tutankhamun die?

In 2014, the first “virtual autopsy” performed on the mummy of Tutankhamun revealed that the Egyptian pharaoh died due to a congenital disease, contradicting the idea that he had died in a carriage accident.

The documentary “Tutankhamun: The Truth Uncovered”, broadcast by the BBC television station, showed that the “autopsy” consisted of the analysis of 2,000 computer scanners and DNA evidence that point out that the pharaoh, who occupied the throne from the age of 10 – from 1332 BC to 1323 BC – was born of incest between two brothers, from whom he inherited a bone disease.

Images of the head and body further revealed that Tutankhamun had a peculiar morphology, with an almost feminine upper lip and hips and arched feet.

Analyzes indicate that, due to the shape of his feet, the pharaoh could not walk without a cane or drive carriages, thus ruling out the possibility that he died in an accident with that vehicle.

Possible physical limitations were also supported by the 130 walking sticks found in the pharaoh’s tomb.

Experts point out that the hole in the head, previously attributed to a possible fatal blow, occurred after his death, probably to spill the resin used in embalming.