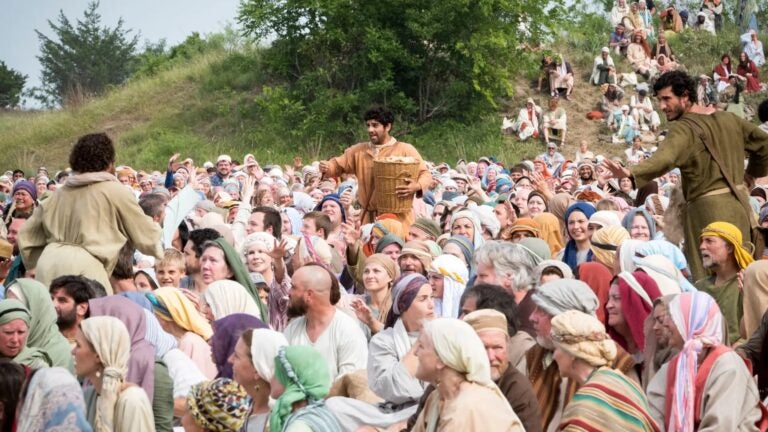 MIDLOTHIAN, Texas — “The Chosen,” a surprise hit television series, is billed as the first multiseason show about the life of Jesus — and one of the biggest crowdfunded media projects ever produced. The show’s third season will begin streaming online in mid-December.

Conceived by a little-known creator, featuring no major stars and funded primarily, at first, through small contributions without the support of a Hollywood studio, the series began on an obscure proprietary app and is now given away for free. Its IP is 2,000 years old. But despite the long odds, the faith-based drama series has become a bona fide phenomenon in many parts of Christian culture, attracting a fervent ecumenical fandom while remaining almost invisible to others.

Globally, 108 million people have watched at least part of one episode of “The Chosen,” according to an analysis prepared at its producers’ behest by Sandy Padula, an independent consultant. The show now also streams on platforms including Peacock, Amazon Prime Video, and, as of this week, Netflix. Producers recently announced that the third season of the show would also be available on a new “The Chosen” app.

The first two episodes of the show’s third season premiered together in theaters Nov. 18 and brought in more than $8 million, coming in third at the weekend box office behind mainstream movies that screened in more theaters. A limited-run theatrical release of a Christmas special last year was extended weeks beyond its planned run and topped $13.5 million in ticket sales — a fraction of the box office for mainstream Hollywood films but a record for Fathom Events, a large distributor that specializes in special events and short-run screenings.

The show first appeared in 2019, but it wasn’t until the coronavirus pandemic that it found its audience. The first two seasons are eight episodes each.

The series is based on the four Gospels, which follow Jesus from his birth in a stable to his resurrection after being crucified by the Roman Empire. But the show’s creator and director, Dallas Jenkins, an evangelical Christian, has fleshed out elaborate new back stories and personalities for the people around his central character.

This article originally appeared in The New York Times.

Share
Facebook
Twitter
Pinterest
WhatsApp
Previous articleWhat time is I’m a Celebrity on tonight? Why time has moved
Next article‘I just decided I was out of here’ –newsreader Eileen Dunne reflects on sudden ending to stellar 40-year RTÉ career

Countries that supply a lot of oil may have to increase their production. Demand from China, the world's second largest oil consumer, is...
Read more
Cyprus

Countries that supply a lot of oil may have to increase their production. Demand from China, the world's second largest oil consumer, is...
Read more
Cyprus

Iran's supreme leader, the ayatollah Ali Khamenei, "has agreed to pardon and reduce the sentences of a significant number of defendants related to recent...
Read more
Sports

Tatoi: the resurrection of a high place of the Greek monarchy