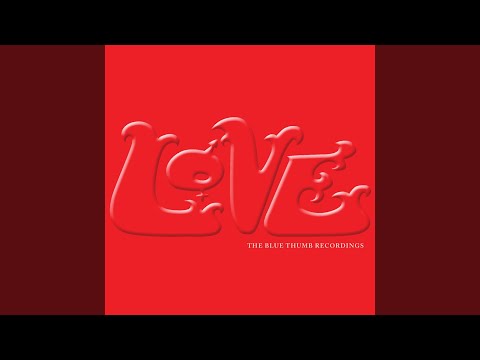 Jimi Hendrix and Arthur Lee were two sides of the same coin. They were both Black American men, pushing rock to its boundaries and showing everyone that people from their backgrounds could be equally – if not more – culturally vital than their white counterparts. While Hendrix’s story is one of the most famous in rock music history, Lee’s is not as prominent in mainstream discourse.

While fame didn’t follow Lee, it does not make his story any less essential. Lee founded – and became the creative mastermind – of the Los Angeles outfit Love. The group fused psychedelia, folk-rock and jazz to create a kaleidoscopic sound that has influenced a range of artists, including Led Zeppelin and The Stone Roses. Their third offering, 1967’s Forever Changes, remains a highlight of the era, with cuts such as ‘Alone Again Or’ and ‘A House Is Not a Motel’ cementing their place in history.

Given that Hendrix and Lee were two of the most prominent rockers of their generation, there was no real surprise that the two knew each other well. What is interesting, though, is that their relationship started before Hendrix had risen as an icon. It is said the two artists first met in the mid-1960s at Gold Star Studios in LA, a time when Rosa Lee Brooks was recording one of Lee’s songs, ‘My Diary’. Lee would later claim that this was Hendrix’s first time in a studio.

However, their most notable interaction came on St. Patrick’s Day in 1970. After Love had completed their European tour, Hendrix linked up with them at Olympic Studios in London. According to Lee’s account, the band and Jimi took mescaline, with Lee the only one staying sober to “steer the ship”. Despite being out of their minds on psychedelics, the musicians still managed to record three songs. One became the fan favourite ‘The Everlasting First’ from Love’s 1970 record False Start, and another was the Hendrix cut ‘Ezy Rider’. The other was the obscure jam ‘Loon’, which remains one of the rarest moments in Hendrix’s back catalogue.

In Forever Changes: Arthur Lee and the Book Of Love—The Authorized Biography of Arthur Lee, the Love frontman remembered the recording session, saying: “Boy, did we have fun at the Olympic recording studio. The band and Jimi all took mescaline. Although they didn’t know it, I was as straight as Cochise’s arrow. Somebody had to steer the ship.”

Adding: “One of the ways I got Jimi to do the session in the first place—or how I got his attention, anyway—happened one night at the Speakeasy. He and I arrived together. The guy at the front door told me I could come in but Jimi couldn’t. When I asked him why, he said that Jimi had been fighting in the club on an earlier occasion, and they didn’t want that happening again. So I told him that Jimi was cool, the entourage that was with us was cool, and I didn’t think any fighting would be going on that night. He finally agreed. I said to Jimi, ‘Look, man, neither one of us is going to be around much longer, anyway; so while we’re here, we might as well do something together.’ When I said that, whatever we were talking about, or he was thinking about, just seemed to stop, and I had his full attention. He really went into some deep thought as he looked at me from across the table. He was looking into my eyes, and I knew he could only be thinking about our early deaths”.

Lee continued: “The session went completely differently from the way I was used to recording. I thought it was to be a private session. I don’t remember telling anyone to come, except the band, but, to my surprise, there were people all over the place. There were girls I’d never seen before and faces popping out from where you would least expect a person to be. I was in a state of shock, but Jimi said, ‘It’s OK; let them stay.’ More than once, Jimi thought we were done and went to pack everything up. Then he would come back into the studio while we were playing and say, ‘What key?’ Once, when we were learning a song I wrote, called ‘Ride That Vibration,’ Jimi came walking back in during the middle of it. He asked me, ‘What did you just say in that song?’ I said, ‘Ride the vibration down like a six-foot grave / Don’t let it get you down.’ Then he said, ‘I gotta go; it’s getting too heavy.’ He called a cab, took [drummer George Suranovich’s] girlfriend, and was out the door. George just looked at me as if to say, ‘That’s Jimi.’ After a while, Jimi came back and suggested that everyone jam, and were my band members ever happy!”

Turning his attention to the tracks they recorded, Lee said: “On that session in London, we managed to lay down a few tracks, among them ‘E-Z Rider,’ ‘The Everlasting First,’ and a jam that I would later add lyrics to. Jimi sang on ‘E-Z Rider.’ I gave the master reel to [Blue Thumb Records president] Bob Krasnow. He never gave it back. At the time, I wondered if someone was filming us, although I never saw a camera. I found out, in the early ’90s, they had been.”

However, Lee did caveat the night’s excitement with some heavy emotions, inferring that the ‘Purple Haze’ guitarist cut a sad figure at the end: “Back in the studio, it was almost daylight, so I signalled to H to start wrapping it up. I don’t think Jimi was ready to quit, but it had been a long night for me. The tour we were doing was over with; I just wanted to get back to Studio City in California. As we were walking out of the building, Jimi asked, ‘Where are you going?’ I said, ‘Man, I gotta get back to LA, to my woman, dogs, and pigeons.’ Jimi said, ‘Come here; I want to show you something.’ We walked back inside the studio. He pointed to his guitar case on the floor. Then he opened it up. I thought he had a stash in there, but as he stood up, he pointed to it again and said, ‘This is all I have.’ I couldn’t figure it out at first, but then it hit me. He was telling me that the white Stratocaster guitar in the case were his only possessions. I felt kind of sad for him.”

Walkout Wednesday – the costs, the closures and the calls to break deadlock

Welcome to Wednesday’s Early Edition from i.Today half a million workers – from teachers and rail staff to civil servants – are going on strike...
Read more
Netherland

Alec Baldwin, who is being prosecuted for the accidental shooting of camerawoman Halyna Hutchins on the set of Peace, would have refused to take...
Read more
Health

Enoch Burke fines reach €3,500 as he continues to show up at school after being dismissed

Walkout Wednesday – the costs, the closures and the calls to break deadlock

Welcome to Wednesday’s Early Edition from i.Today half a million workers – from teachers and rail staff to civil servants – are going on strike...
Read more
Netherland

Alec Baldwin, who is being prosecuted for the accidental shooting of camerawoman Halyna Hutchins on the set of Peace, would have refused to take...
Read more
Health

Enoch Burke fines reach €3,500 as he continues to show up at school after being dismissed

Schools must guarantee minimum services from today, but directors still have doubts

Support for students with specific educational needs and students in vulnerable situations, therapeutic support and meals are some of the services that will have...
Read more
EUROPE

For Father Filipe Diniz, “all the work that has been done” by the Catholic Church in combating the problem is to be welcomed, underlining...
Read more
Load more
Facebook
Instagram
LinkedIn
Pinterest
Tumblr
Twitter