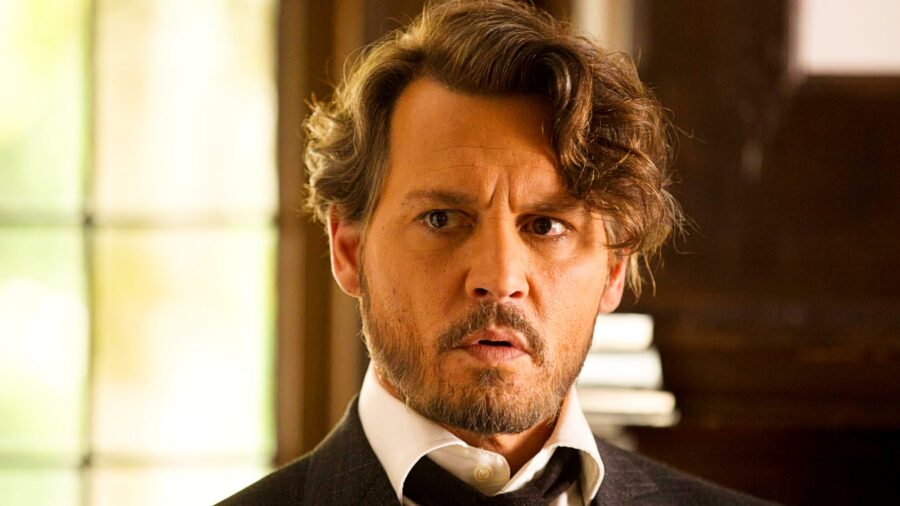 By Nathan Kamal
| Published 13 seconds ago

In the mid-1990s, Johnny Depp was known as a bit of a weirdo. While he had a solid hit with Tim Burton’s Edward Scissorhands in 1990, he had followed it up with odd, offbeat choices like the terminally quirky romantic comedy Benny & Joon and the coming of age drama What’s Eating Gilbert Grape (in which he was outshone by a young Leonardo DiCaprio). Despite the looks and reputation of being a leading man, Johnny Depp would not truly become a box office contender until the Pirates of the Caribbean came calling in 2003. Right in the middle of his arthouse decade, Johnny Depp made his single weirdest movie ever: the 1995 Jim Jarmusch Western Dead Man. The film is currently streaming on HBO Max.

Dead Man stars Johnny Depp as a mild-mannered, diffident accountant from Cleveland who happens to be named William Blake. The movie takes place sometime in the late 1800s, during a period of intense westward expansion in America which also included the near-extinction of the bison, the decimation of indigenous nations, and all manner of brutality. It was a rough time to live in, in other words. Johnny Depp begins the film on a train from Cleveland to a distant frontier town name Machine, where he has been promised a job at a metalworks. The train journey opens Dead Man with a tense, dreamlike atmosphere that will continue for the remainder of the film. Jim Jarmusch cuts back and forth between the somehow sinister machinery of the train and Johnny Depp’s fellow passengers; the passage of time and distance from civilization becomes clear as the other riders on the train are replaced with harsh-looking men dressed in furs and shooting rifles out the windows en masse. By the time Crispin Glover’s soot-faced engineer warns Johnny Depp that he is entering hell, it is clear this will not be a pleasant journey for anyone.

Upon arriving in Machine, Johnny Depp is brusquely informed that the job he had come westward for has been filled and run off at gunpoint by the factory owner (Robert Mitchum in his final role). The despondent accountant (who stands out from the townspeople in his plaid suit and eyeglasses) encounters a former prostitute (Mili Avital); when her jealous ex (Gabriel Byrne) shows up, she attempts to shield him but only ends up shot herself. However, the bullet manages to make it through her body enough to give him a slow but mortal wound.

Johnny Depp escapes Machine and encounters Nobody (Gary Farmer), an outcast Native American who believes that the wounded accountant is somehow William Blake, the visionary Romantic poet who had died decades before. The rest of the movie becomes a slow, darkly comedic journey to Johnny Depp’s inevitable death. The title Dead Man is as direct as it is simple; from the moment he set out toward Machine, Johnny Depp was as good as dead. Over the course of his final few days, he takes peyote trip with Nobody, is pursued by a cannibalistic bounty hunter (Lance Henriksson), encounters a pack of mountain men with unpleasant designs on him, and eventually comes to see himself truly as William Blake, whose poetry is now written in the death of white men. Then he dies himself. The end.

Dead Man is what is generally referred to as an “acid Western,” which is to say a cowboy movie to take drugs to. In many ways, the film is a pointed satire of the tropes of Western. Far from being a tough, steely Clint Eastwood type, Johnny Depp begins the film as an ineffectual pushover and essentially has no agency in the movie. Every step of his path is pushed and forced by others; literally, Nobody puts him in a canoe and pushes him out to death at sea. The final shot of the film is highly reminiscent of one of the real William Blake’s woodcuts, a wild sea cut by a beam of light through the clouds above.

Jim Jarmusch filmed Dead Man in monochromatic black and white that underlines the severity and harshness of the world; it is both beautiful and bleak, much like William Blake’s work. But Dead Man is not a serious film. It is actually a darkly funny movie, with odd touches like Michael Wincott’s ceaselessly chattering bounty hunter or the Three Stooges-like conversation of the mountain men played by Billy Bob Thornton, Iggy Pop, and Jared Harris. Through it all, Johnny Depp drifts through the landscape like an increasingly literal ghost, bemused by the world and his fate. He would make more blatantly quirky movies and far more successful films, but Dead Man is by far the strangest of all his work.

Smooth, quiet, comfortable. Just a few of the words you would never associate with the original Land Rover Defender.Now, despite its tough looks and...
Read more
business