Kopecky is having a better day: ‘It’s not nice to be insecure about the legs every day’ 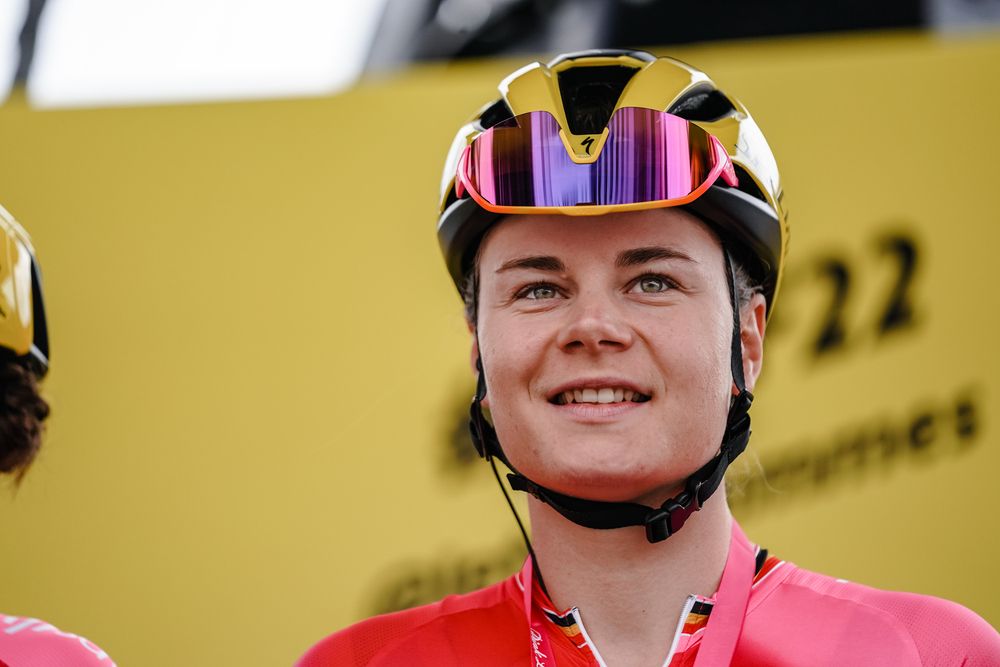 Lotte Kopecky went in the sixth leg of this Tour de France Femmes at a good twenty kilometers from the finish against the ground, but managed to reconnect with the peloton in no time. In the final she was constantly on the front posts of the peloton, after which she sprinted to third place. An encouraging result, after the less feeling in the legs in recent days.

For a moment it looked as though Kopecky would not be able to sprint for the win, as she crashed into the ground with Lorena Wiebes 22 kilometers from the finish. Contrary to the rider of Team SD Worx, the Dutch did not succeed in rejoining. ‘I think Wiebes got stuck behind the back wheel of a rider, and I couldn’t avoid her anymore. I could get back on adrenaline after that, I think. And actually I felt much better after the fall’, says Kopecky with a smile on Eurosport.

Kopecky feels improvement, for Bastianelli ‘it feels like a victory’

The winner of the Tour of Flanders was perfectly positioned in the last kilometers, in the wheel of Vos, but when Elisa Longo Borghini and Elisa Balsamo pushed through to the front of the peloton along the left, the Belgian was somewhat closed in. “I don’t feel like I was able to sprint full. I had no space and had to hold back a few times. Too bad, because I had the feeling that I could have finished closer.’ On Thursday Kopecky complained about bad legs, that was not the case today. “It went a lot better than Thursday. I fell in the final, but was able to come back well. But it’s no fun to be insecure every day about how good the legs are going to be.’

Marta Bastianelli sprinted in the wake of Vos to a second place, a result with which she is very satisfied. It is the first time in this Tour that she is competing for the prizes. “I wanted to try for the team today. We had to wait and see how it would go after yesterday’s crash. I didn’t win, but it feels like a win. It’s a great result for the team,” the UAE Team ADQ rider told Eurosport.

Video: Wiebes and Kopecky go to the ground

Share
Facebook
Twitter
Pinterest
WhatsApp
Previous articleVos takes second victory and is almost certainly green: ‘Felt I had more speed than Balsamo’
Next articleUpdate | After sick Van Aert and partying Vingegaard, a fit Leemreize also does not fit for Clasica