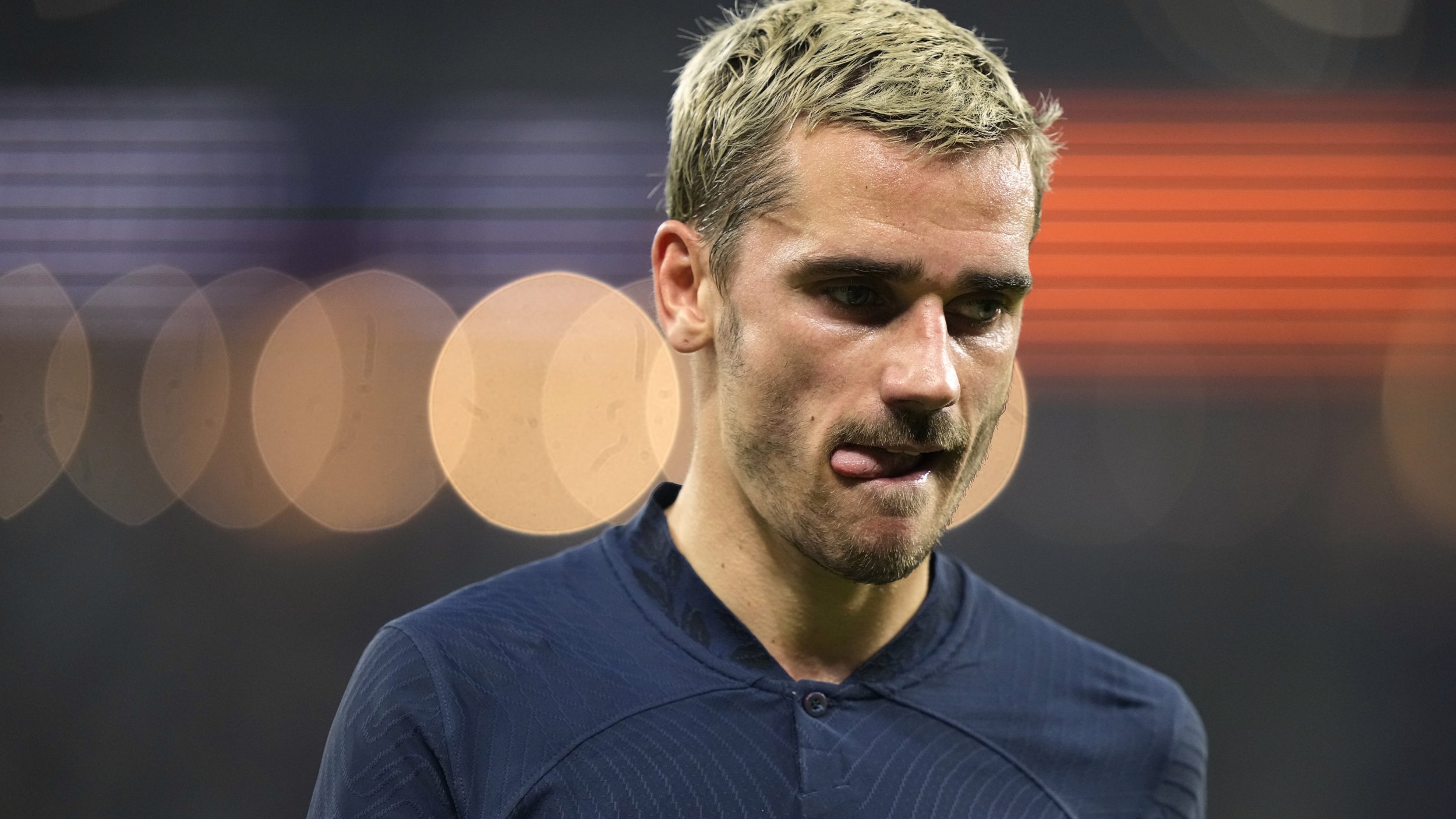 STADIUM 974 — You do not need to look for long in this French attack to see its most potent threats. Kylian Mbappe has scored in both of their opening two victories and he hasn’t even been their best lightning-fast wide forward. If you’re looking for the latent threat, who better than a striker who has been called underrated so often over the last decade that he must wonder if that counts as just being “rated”.

Mbappe, Dembele, Giroud; it is an intoxicating mix of contrasts. So it’s with a degree of trepidation that you’d pick any other French attacker as the most fascinating individual in Didier Deschamps’ XI. The coach himself may disagree. Midway through Euro 2020, Deschamps spoke at length about the player he believed was France’s most consistent performer: “He’s one of the greatest players of all-time both in Europe and worldwide.”

Fancy a guess? No, not Mbappe, although he is the prince regent pending World Cup victory. Not N’Golo Kante or Paul Pogba, who will be missed in Qatar if not yet. Not Raphael Varane, the comfortingly expensive saloon car of French defending for a decade. Not Karim Benzema, the reigning Ballon D’Or winner.

Why is it so easy to overlook Antoine Griezmann? By the conclusion of this tournament he is likely to be France’s fifth highest appearance maker and, at 31, he is already their third highest goalscorer. He was France’s top scorer at the last World Cup and the top scorer at Euro 2016 and scoring isn’t even the thing he is best known for.

Perhaps it’s a tactical thing – Griezmann has always been slightly position-less (although that is really a euphemism for his multifunctionality). Perhaps it’s a question of personality: he comes across as slightly sulky, but there is no contract that elite footballers should sign that obliges them to guffaw and grin when celebrating a goal. Griezmann lacks some of the PR super-spin too, certainly that those around him in Spain and France have afflicted us with. He’s just sort of always been there until the point when he won’t be any more.

It has been an odd few months for Griezmann, the unwitting and unwilling pawn in a political game between two of Spain’s biggest clubs. A two-year loan agreement dictated that Atletico Madrid would have to pay Barcelona £35m to make the move permanent if Griezmann played more than 45 minutes in more than 50 per cent of games. Cue a farcical early season, where Griezmann became the 30-minute man and no more. He deserved better. A solution has mercifully been reached.

Were Kante and Pogba both fit, who knows where or if Griezmann would have started in this team. Perhaps off the right, a selection tinged with disappointment because it would come at the expense of Dembele. Perhaps in the hole behind Benzema, making those late runs into the box and beyond the striker that he has made his specialty. But then the midfield would be a man light.

Without that pair, Griezmann has been converted into an auxiliary midfielder in a role that can best be described as “freedom with caveats”. With the protection of Aurélien Tchouaméni and Adrien Rabiot behind him, Griezmann packs up his compass, map and supplies and goes off in search of mischief and joy. It is an experience to watch live.

There is Griezmann, somehow the deepest French player as they counter attack because he collected the ball so near his own goal. There he is again, bursting beyond the last man but firing over. Now he’s intercepting passes and pressing. Oh look., he’s popped up on the right this time and crossed for the winning goal. There’s a weird thing where it simultaneously never looks like he’s sprinting and yet he’s always where you want him to be. Sometimes he’s tackling, sometimes he’s creating; every day he’s hustling.

Thomas Muller became coined as a “space finder” but Griezmann is actually the opposite in this role. He does not seek to find space where the ball might be next, but seeks to move towards the ball instead. He is there to create overlaps and overloads wherever he lays his hat for a moment. This goes without saying: it’s damn hard to stop. If someone doesn’t find a way, France will win this thing.

Guillem Ramisa Musician and poetWorry about doing things with good intentions, because when you're about to slap it, it'll be the only thing you'll...
Read more

In Bamako, Russia reaffirms its alliance with Mali and sees bigger in the Sahel