last meeting of Raila Odinga in front of a jubilant crowd 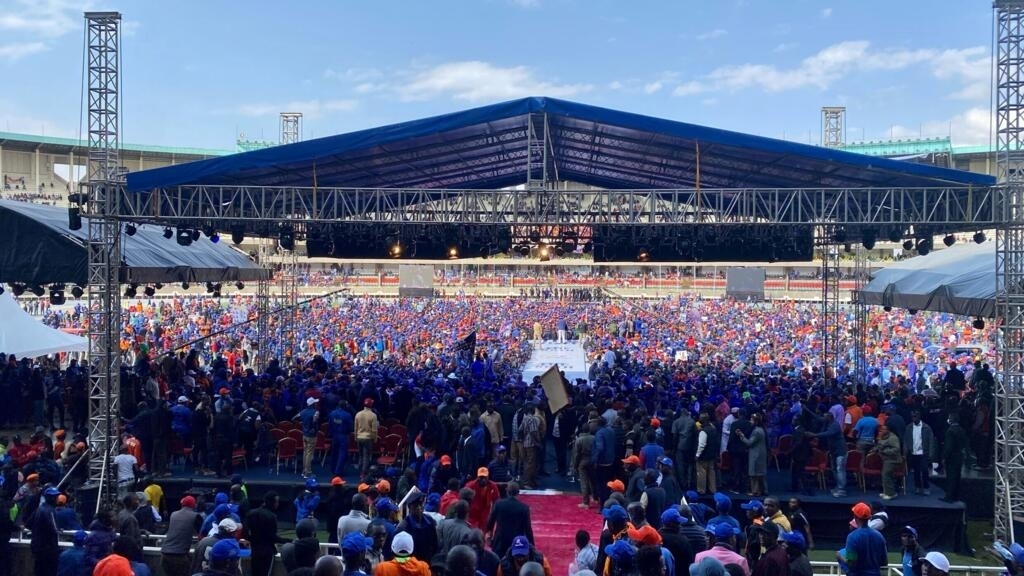 The two presidential favorites in Kenya, Raila Odinga and William Ruto, held mega-meetings in Nairobi on Saturday, August 6, on the last day of the electoral campaign, before the August 9 ballot. The presidential election promises to be competitive. This week, the two main candidates criss-crossed the country in a last attempt to woo voters. At the Kasarani stadium in Nairobi, Raila Odinga’s Azimio la Umoja camp released the big game on August 6 in a festive atmosphere, punctuated by dances, whistles and music.

Report from our correspondent in Nairobi, Albane Thirouard

It’s a blue and orange wave that invaded the stadium this Saturday, August 6th. Raila Odinga’s supporters came in droves… caps and T-shirts in the colors of his party. In front of a jubilant crowd, the candidate talks about his career as a political opponent. And does not fail to tackle his opponent, with a sulphurous reputation.

” My dear Kenyans, the question we face today is: what hands will free the economy from corruption? Who will ensure the unity of the country after the elections, whatever the results? Is this the man who shook hands with his rival, thus enabling national reconciliation? Or the warmonger who is a deviant and a convicted thief? “.

In 2018, Odinga and Kenyatta exchanged a handshake to end post-election tensions. The outgoing president now supports his former opponent. Their detractors denounce an opportunistic alliance of the political “dynasties” they represent. Odinga fans defend her. Like political science student Michael Musyoka:

” The handshake brought peace to Kenya. Communities that were not used to interacting began to work together. Like Raila who chose a running mate from another region, Mount Kenya. »

His supporters also welcome his campaign promises: the fight against corruption or the implementation of social measures in particular… Raila Odinga also insists on his proposal to provide monthly aid of 48 euros to the most vulnerable households.

Share
Facebook
Twitter
Pinterest
WhatsApp
Previous articleOrigins Of Mysterious Objects That Fell From The Sky In Australia Revealed
Next articleVan Wilder fifth in Burgos: ‘Glad that I have this level after all the setbacks’

A girl who allegedly shoved her Texas college fling off a boat while they were flirting during a deadly boat party in 2019 posted...
Read more
sports