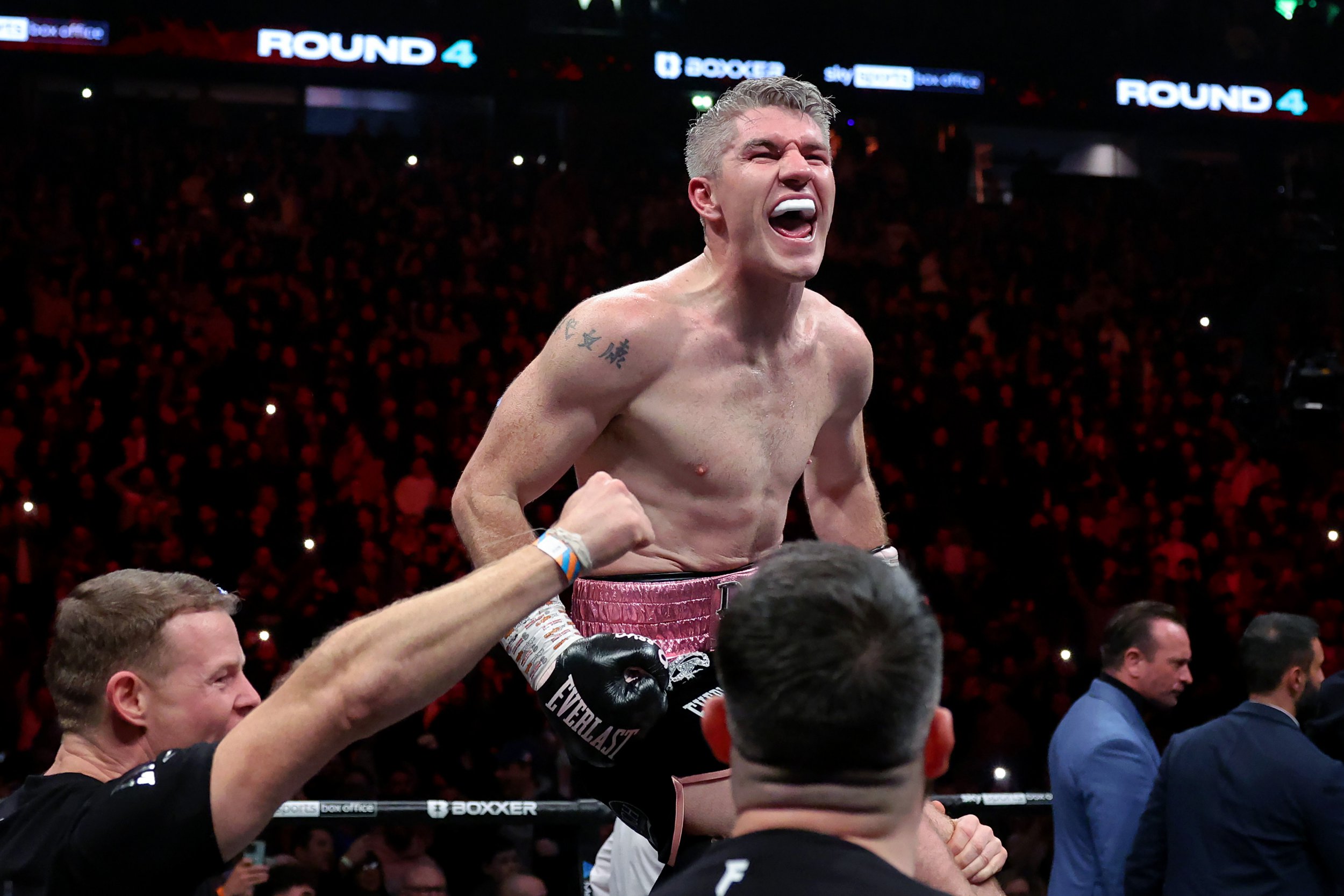 The fact Liam Smith was on Sunday League duty for his local football team says a lot about how easily he came through his four rounds with Chris Eubank Jr the night before.

A rematch, he said afterwards, will be “on my terms”, with a clause inserted into their initial contract to fight again if Eubank lost. i understands that a re-do of Saturday’s fight is far from guaranteed though, with Eubank’s camp expected to take a cooling off period before deciding whether to go again in Merseyside.

Smith recently told i that fighting at Anfield had always been a “bucket list thing”, with friend and former Liverpool defender Jamie Carragher ringside for the knockout, adding that a homecoming at the stadium was now a “realistic” possibility.

The middleweight would undoubtedly have even more of the crowd on his side in his own city, but he still enjoyed a deafening reception at the Manchester Arena, despite having attracted criticism for his comments to Eubank in the build-up; he has since apologised and insisted he is “not homophobic”.

The animosity brewing from that row leaves a sense of unfinished business going into any potential rematch, not just for Smith but for boxing as a whole. Those sympathetic to Eubank have also been circulating a photo alleging that Smith used his elbow in the knockout blow, but there is no real substance to those claims.

The British Boxing Board of Control (BBBofC) has come under pressure to sanction the 34-year-old, who at the very least risks a fine. It is not thought likely that he will be suspended, though some have called for a ban.

There is already a feeling that boxing lags way behind rival sports when it comes to diversity and inclusion, and if governing bodies are serious about broadening boxing’s appeal then action will need to be taken to ensure a repeat of last Thursday’s press conference can never happen again. Promoter Ben Shalom also attracted criticism for saying that Smith had “put up with a lot of rubbish” in an apparent reference to widespread anger at his remarks.

The one man who has come out of Fight Week in glory is Smith’s coach, Joe McNally, who put a dazed Eubank’s welfare first, going over to his corner before celebrating with his own fighter. McNally intervened to stop Eubank throwing punches while he appeared unaware the fight had been called off.

Referee Victor Loughlin had deemed a wobbling Eubank fit to carry on when in truth, he could have been stopped after the first knockdown. After the manner of his defeat, it is not even certain that he will fight again, let alone in a major bout like the rematch. Fortunately for Smith, that is far from his only option.

Kell Brook is considering coming out of retirement for another all-British clash. Brook’s stoppage of Amir Khan last February was the perfect ending to his career and there would be no title on the line if he were to fight Smith, whereas Gennady Golovkin is a unified world champion holding both the IBF and WBA belts.

However, Smith’s camp have been considerably more reserved than the Eubanks about facing the likes of “GGG”, not least because Smith will consider carefully whether he wants to fight at 160lbs or 154lbs before committing to another fight at middleweight.

The face embodied in the mural of Carmen Salinas in the square dedicated to the actress in the La Merced II neighborhood has changed...
Read more
Netherland

Local Pawtucket Officer Daniel Dolan, 40, was cleared of three counts of felony assault and one count of discharge of a firearm when committing a...
Read more

The face embodied in the mural of Carmen Salinas in the square dedicated to the actress in the La Merced II neighborhood has changed...
Read more
Netherland