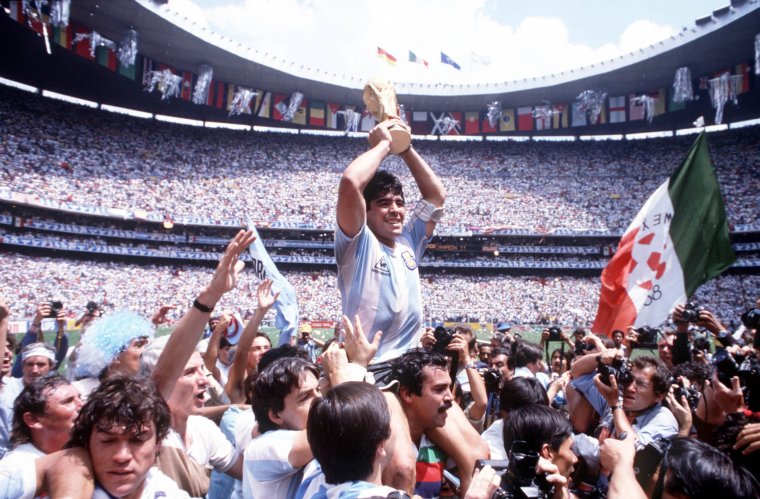 DOHA — Ninety minutes against Mexico to save the world, to keep the dream alive, to stick one on the mood-hoovers who mark you down for the failures of a nation. It is a measure of Lionel Messi’s astral heft that he is held to account personally for Argentina’s post-Maradona infertility.

His achievements at Barcelona, the goals, the golden boots, the Champions League triumphs, the GOAT-ness of it all, have made unfathomable Argentina’s barren run in the Messi period. Just the 2021 Copa America, the first trophy in 28 years, to show for his genius. How can this be, ask the sons and daughters of Argentina, a country that believes victory is a right? The answer is revealed when Messi is held up to the flame of Diego Maradona.

Yesterday was the two-year anniversary of Maradona’s death. There were more questions about Don Diego than Messi in Argentina’s media conference ahead of the Mexico game. “It’s a sad day for everybody,” said coach Lionel Scaloni.

“We hope to bring joy if he is looking from the sky. It seems unbelievable he is not here with us. Hopefully, tomorrow will be a happy day.” The sentiment was echoed by Lautaro Martinez: “He was a very important person in the world of global football, not just Argentina. We have extraordinary memories of him.”

Scaloni was resistant to develop any Messi angle. It was for him all about the team. “He is training well, feeling well. More than ever we need everyone, his team-mates.” The idea that this might be Messi’s last meaningful match at the World Cup appeared too sensitive to countenance. There is a kind of collective understanding that Messi is central to everything without wanting to admit that lest it damages the importance of the group.

You wonder what Messi makes of Cristiano Ronaldo’s relationship with Portugal, which is equally central but somehow less onerous. Messi and Ronaldo come as a pair, each defining the other, their comparative strengths weighed and debated for the best part of 15 years. Their polar orientation in La Liga at Barcelona and Real Madrid respectively brought an unprecedented focus and intensity to the discussion, the claims of GOAT status keeping the chat rooms energised 24-7.

The end of things is playing out in Doha. Ronaldo augmented his place in the pantheon with Portugal’s opening goal against Ghana making him the only male player to score in five consecutive World Cups. For all his mesmeric brilliance at Barcelona, the star of arguably the greatest club creation of all time, Messi has never fired up Argentina like Ronaldo has Portugal, a feature of the GOAT debate that has always counted against him.

While Ronaldo has no peer in Portugal – even the great Eusebio must accept a quantum downgrade – Messi has always been held to the Maradona standard in Argentina. That he came to occupy the same stellar lane ought to be testament enough. But for all that Messi has achieved, the national team conundrum is a stain that will endure should Argentina not prevail against Mexico. Thus in every sense is Messi playing against Maradona’s ghost.

This is a legacy of thinking which attaches more weight to international football. In Maradona’s time, the World Cup still represented the apotheosis of the global game. And in powering Argentina to a second World Cup triumph in 1986 – Hand of God be damned – Maradona set a new bar in football exotica. Those voodoo dribbles against England and Belgium, with all that snake-hipped wizardry, remain among the greatest goals the competition has ever seen.

Since then, in a transformation to which Messi contributed more than any at Barcelona, the club game has usurped the international arena. As Fifa’s technical working group, led by Arsène Wenger and Jürgen Klinsmann, observed on the eve of Qatar ’22, the best club teams in Europe’s major leagues would beat national sides. The wealth and reach, the availability of the best talent from all parts of the globe, has made Harlem Globetrotters of the top club sides. National teams are effectively picking from a smaller talent pool.

Had Messi’s Argentina got over the line in the 2014 final against Germany, at the Maracana in Brazil of all places, the GOAT argument might have been closed for a hundred years. Whilst Messi holds that status for many outside Argentina, this represents an opportunity to muscle in on Maradona’s central place in the hearts of the people.

So it’s Mexico or bust at the appropriately named Lusail Iconic Stadium.

Share
Facebook
Twitter
Pinterest
WhatsApp
Previous article‘When I started out, it was to have a few winners. I didn’t see this happening’ – Henry de Bromhead
Next articleLeigh: Crash between police car and vehicle on Atherleigh Way

No stranger to controversy, U.S. Rep. Scott Perry has grabbed his 15 minutes of pre-State of the Union fame by inviting Pennsylvania anti-abortion activist...
Read more

No stranger to controversy, U.S. Rep. Scott Perry has grabbed his 15 minutes of pre-State of the Union fame by inviting Pennsylvania anti-abortion activist...
Read more
EUROPE

The Tennessee police chief whose department was roiled by revelations that at least five male officers had sex with a female officer — ...
Read more
Health