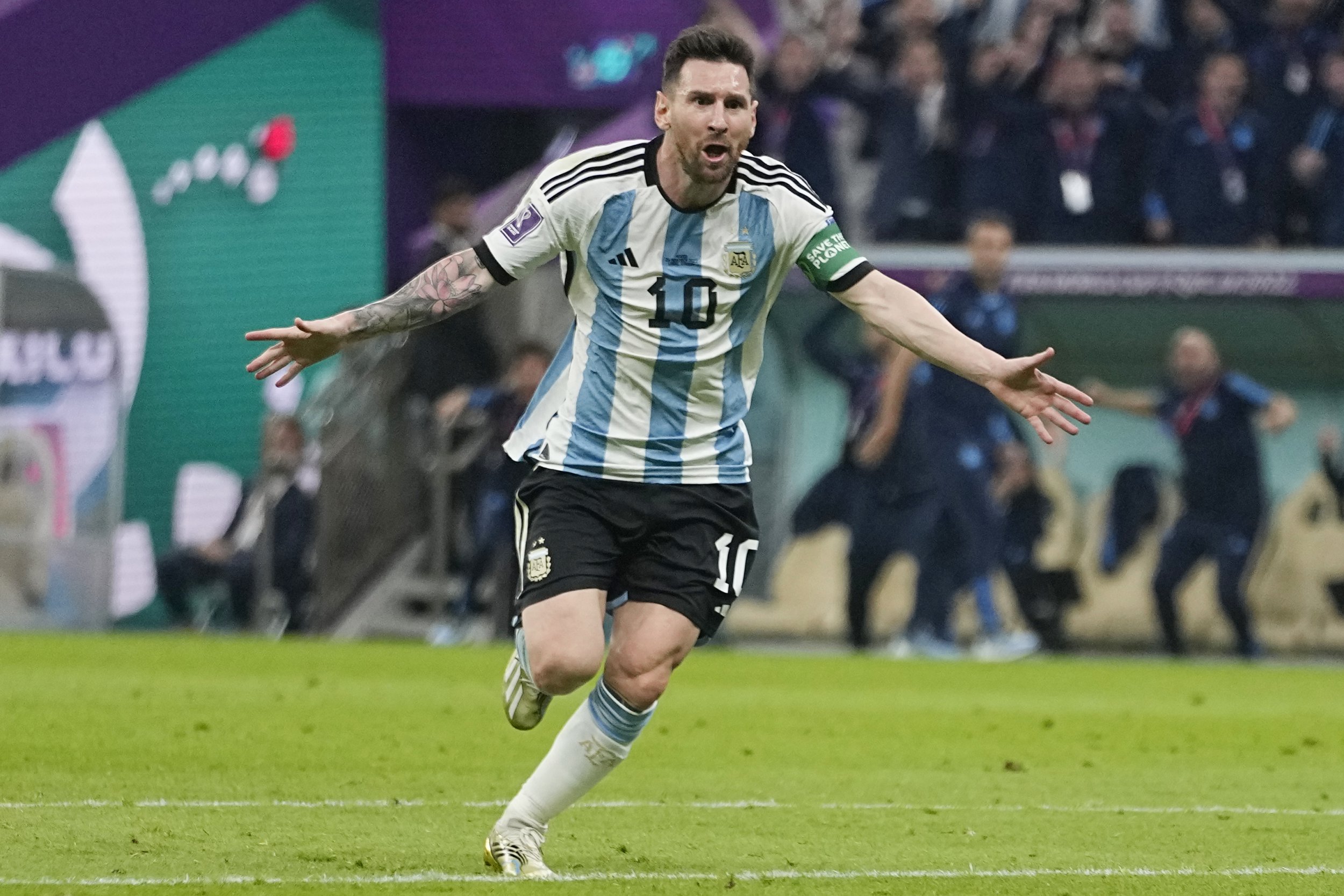 From the moment Lionel Messi embarked on the very first darting dribble in a professional career that has featured tens of thousands of them, he was heralded as Argentina‘s next World Cup messiah.

Diego Maradona single-handedly dragged Argentina to the 1986 World Cup and the expectation, fairly or otherwise, of his natural heir in the sky blue and white stripes is that he do the same. If the South Americans do go on to end their 36-year wait to win this competition, Messi’s 64th-minute strike against Mexico will be pinpointed as a critical turning point. He now has eight World Cup goals, as many as El Diego.

Do not worry if you’ve missed the goal; you will have seen it hundreds of times before anyway. Receiving a square pass on the edge of the area, Messi took one touch to set himself before rifling a shot into the bottom corner. Not even Mr World Cup, Guillermo Ochoa could stop it. It was textbook Messi and the first moment of finesse in a match that had been defined by unadulterated chaos.

He added an assist for good measure too, although it was not the type of Messi pass that will make any techno-soundtracked YouTube compilations. He played a simple ball to the substitute Enzo Fernandez who curled a stunning effort into the roof of the net to double Argentina’s advantage and take the game away from Mexico. As the final whistle sounded, Messi was mobbed by his grateful teammates. Not for the first time, he was the difference.

Argentina’s work is not yet complete, with Group C still wide open. Poland’s 2-0 victory against Saudi Arabia means that they lead the standings with four points ahead of Argentina and Saudi Arabia on three and Mexico on one. But a draw would have signalled disaster and a defeat elimination. Messi and co needed a win to keep their World Cup prospects alive and unconvincing as it was, that’s exactly what they got ahead of their final match with Poland.

Things wouldn’t have been quite so tense had they not slumped to defeat in their opener. As Argentina’s desperation against Saudi Arabia increased, so their energy dipped; an absence of enthusiasm was forbidden against a Mexico team equally determined to make their own impact on this competition. A draw wasn’t much good to either, although far less terminal for the Mexicans.

It had the look and feel of a World Cup match that could have graced any era, from the traditional coloured shirts to the frenzied tempo on the pitch to the commotion in the stands. But while desire was in abundance, class was in short supply. It was a colossal occasion for Argentina but they looked nervous and ill-equipped to evade Mexico’s insatiable, if un-coordinated, press. At half-time, tackles outnumbered shots by almost five to one.

It wasn’t until the 45th minute that either goalkeeper had a save to make, Emi Martinez flinging himself to his right to claim a free-kick from Mexico’s gritty playmaker Alexis Vega that, for a split second, looked to be bending into the top corner. Argentina’s most promising moment came from a low cross that was deflected for a corner in the fifth minute of injury time. The question on everyone’s lips at the break was “what does Rodrigo De Paul actually do?”

“It’s like watching a Championship match,” said an unimpressed Roy Keane. “There’s been a real lack of quality.” He was not wrong.

The second half didn’t offer much in the way of improvement, but there was at least, two instances of quality that proved to be decisive. Much was expected of Argentina pre-Qatar, with expectations naturally raised after a 36-game unbeaten run which included an impressive dismantling of Italy in the Finalissima at Wembley, and while they have come nowhere close to their best, this was at least a step in the right direction.

The accusation that Messi goes missing for his country lost credibility last summer when his four goals and five assists helped Argentina claim a first Copa America in 28 years. It is now or never for Messi if he is to add a World Cup winner’s medal to his collection, but the dream is still alive.

What is a juice channel?

What is a juice channel? How do juice channels collect and share their news? What is the purpose of these media and...
Read more
EUROPE

Police are urging people to download an app which could make the difference between life and death. what3words is a revolutionary...
Read more

What is a juice channel?

What is a juice channel? How do juice channels collect and share their news? What is the purpose of these media and...
Read more
EUROPE

Pope Francis said on Sunday that laws criminalising LGBT people are a sin and an injustice because God loves and accompanies people with same-sex...
Read more
Netherland