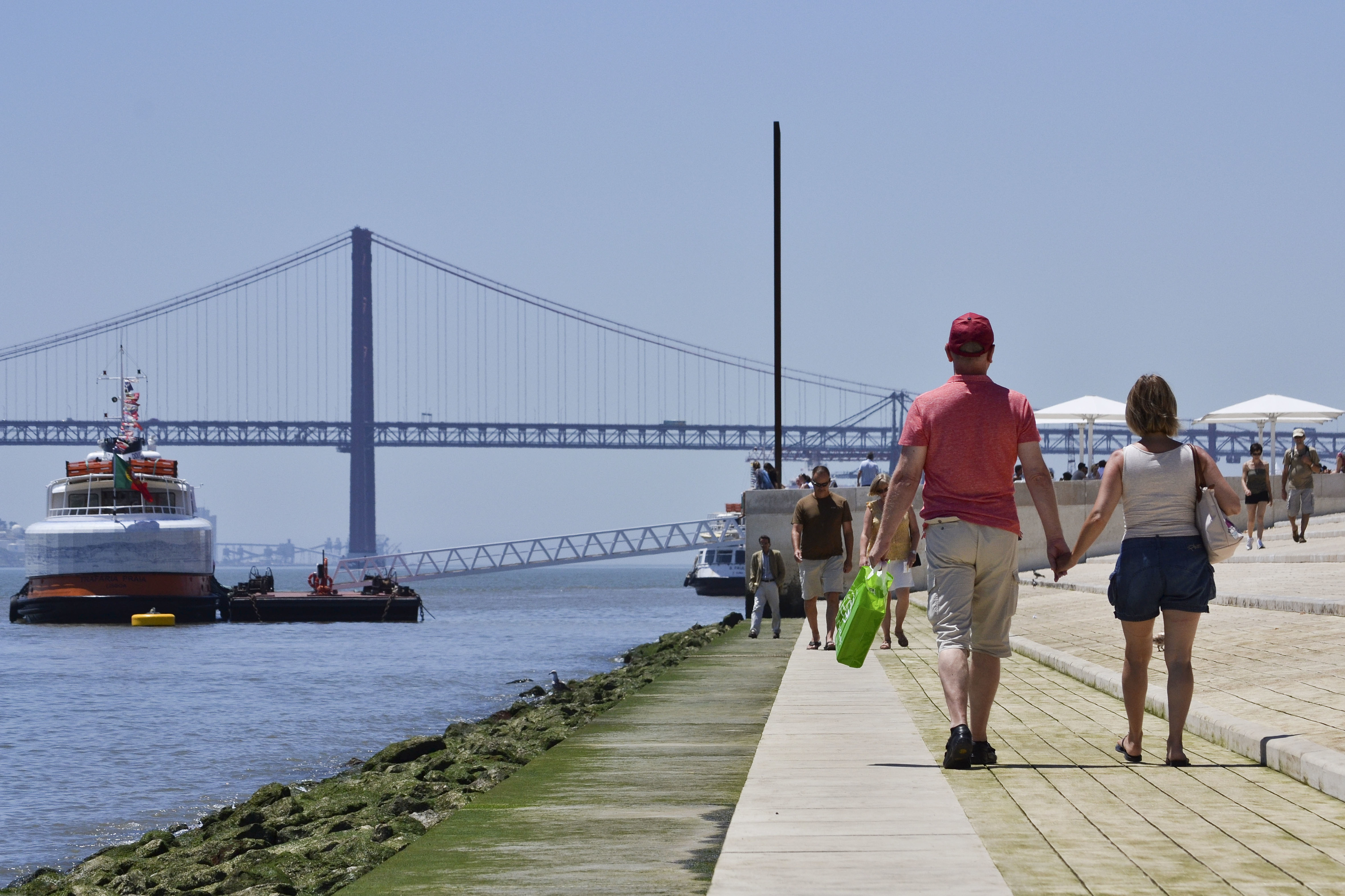 “The phenomenon of climate change imposes an increased urgency on us today to prepare Lisbon for major occurrences or catastrophes, such as tsunamis”, said Civil Protection councilor, Ângelo Pereira (PSD), in the presentation of the project, which took place at the Museum of Arte Popular, where an evacuation exercise was carried out, with the activation of a sound signal.

The project includes the installation of a population warning system, with two sirens and two digital information panels in Praça do Império and Ribeira das Naus, and vertical signs for emergency evacuation (evacuation routes and meeting points), which are combined with actions to raise awareness and inform the public about the risk of a tsunami in the city.

“Lisbon is already preparing for this risk”, assured councilor Ângelo Pereira, noting that, in addition to the phenomenon of climate change, the history and geography of the city determine the “real possibility of the occurrence of earthquakes, with tsunamis to them associated, a risk that is even exponentiated by the large riverfront”.

As it is considered that “there is little care”, the Lisbon City Council, through the Municipal Civil Protection Service, today tested the tsunami warning siren device, integrated into the Tsunami Warning and Alert System in the Tagus Estuary, which intends to make the city “more resilient and more prepared” in relation to the occurrence of these natural disasters.

“In addition, we will start several actions to clarify the public, with an awareness campaign in schools and with the dissemination of content to raise awareness and inform citizens”, said the Civil Protection councilor, reinforcing that the prevention of tsunamis is one of the great concerns of the council in terms of people’s safety.

The riverside area of ​​Lisbon is exposed to the effects of a tsunami, in particular the area between Belém and Santa Apolónia, where the hazard index of flooding caused by a tsunami is “extreme” in a scenario of an earthquake of magnitude 8.75 degrees in the Richter scale, according to data presented by the Municipal Civil Protection Service.

Some of the natural signs that indicate the possibility of a tsunami and that should trigger immediate evacuation from the site are the occurrence of a strong earthquake, sudden and abnormal variation in the river level and a strange noise coming from the river.

In terms of prior preparation, the Municipal Civil Protection Service advises citizens to be informed about areas exposed to tsunami danger, to draw up a family emergency plan and to know the one for their place of work or school, and to combine a alternative form of contact and a meeting place.

“If you hear the tsunami warning, receive a message issued by the authorities or detect any of the natural signs mentioned above: immediately walk away to a high place and away from the riverside area; if you see evacuation signs, follow the path indicated until you reach the meeting point; stay away from the river until the authorities inform you that there is no longer any danger; if you are unable to move to a place far from the river, go up to a high floor of a building that has not been damaged”, indicates the information provided.

The Municipal Civil Protection Service of Lisbon recommends that, after the occurrence of the tsunami, citizens stay away from stagnant water and damaged buildings, help injured or trapped people, without putting themselves in danger, alert the rescue teams, collaborate and follow the recommendations of the authorities.

The Communications Workers Union (CWU) announced the action when its served notice to the Royal Mail group that it intended to strike. ...
Read more

The Communications Workers Union (CWU) announced the action when its served notice to the Royal Mail group that it intended to strike. ...
Read more
EUROPE

“This was a meeting in which practically nothing came out”, said the general secretary of Fenprof, Mário Nogueira, at the end of the fourth...
Read more
Business

Stonegate: major pub firm behind Slug and Lettuce ‘plans to sell up to 1000 sites’