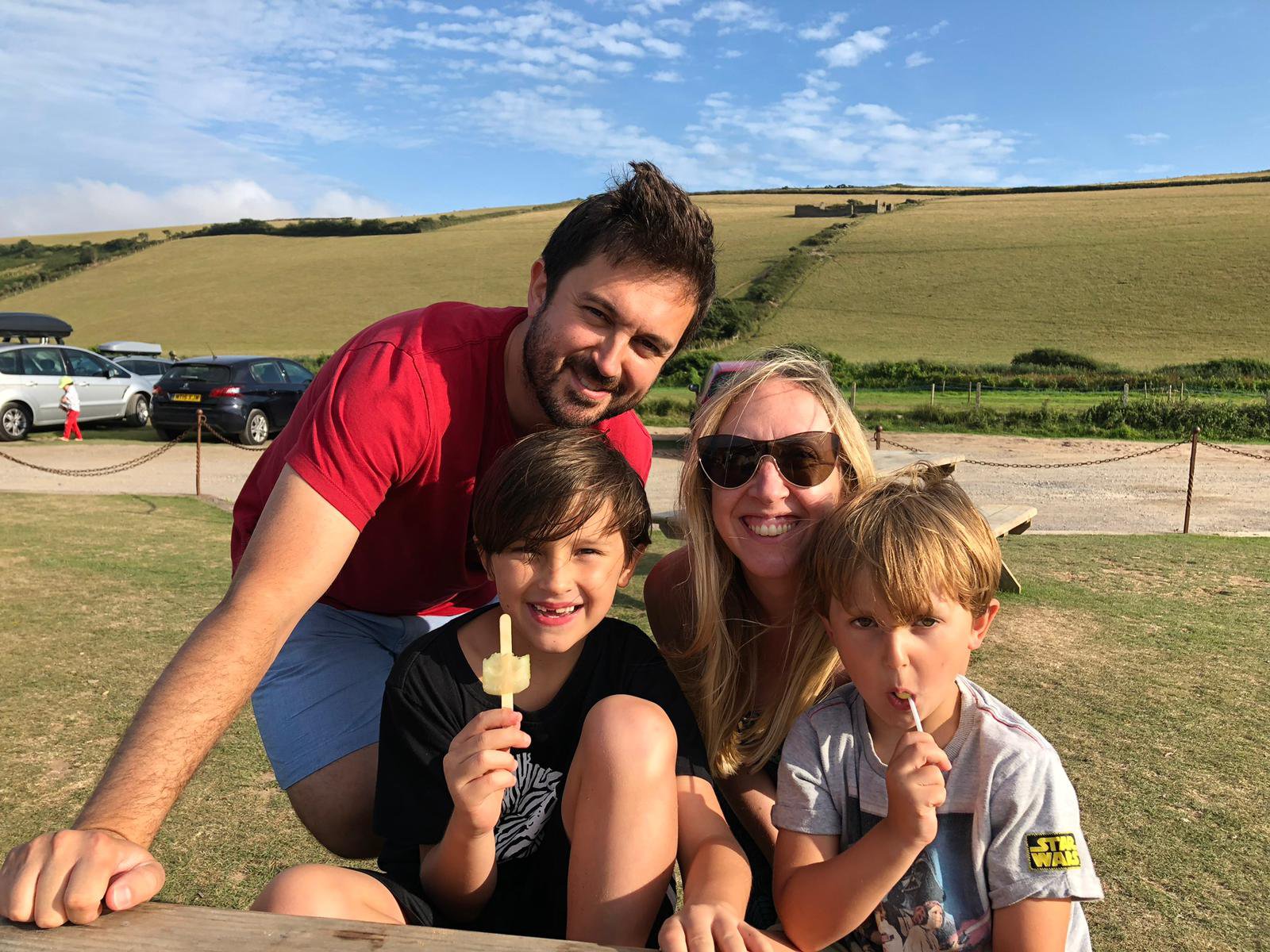 I knew it wasn’t going to be an easy Christmas when I saw “PC” at the top of my eight-year-old’s wish list. “PCs are a bit expensive” I said, “and also, you are only eight.”

“But Santa doesn’t use money for presents,” he replied, “he just magics them. So that’s why I am asking Santa for the PC and not you and Daddy.”

How considerate. I told myself to think fast, but the reasons why this rationale was false did not trip off the tongue.
“While it is true that Santa doesn’t go into the shops and buy the presents, because he has to give so many, he usually only gets children some smaller, surprise gifts,” I said. “Parents are generally responsible for the bigger things. And also, I’m afraid you really are too young for a PC.”

That was it. No battle, no “buts”. He just carried on watching YouTube, which, in all likelihood, is exactly what he would do on Christmas Day even if he did get a PC and every other present on his list.

My children may be spoiled relative to the history of children throughout time and indeed around the world right now, but luckily, they are not brats. They themselves would admit it isn’t easy to think of a long list of stuff they want for Christmas, because basically, they have most of what they can imagine they want anyway.

They have games consoles, games and controllers. They have the latest Arsenal kits and nice football boots. The problem with having so much stuff already is that the only things they can then think to ask for are big. And unfortunately, the youngest is not yet able to understand that big probably means unaffordable.

To give you an idea of how little he gets the correlation between how much money we have and what he might get for Christmas, the penultimate thing on his list was “a Tesla”. But interestingly – and very sweetly – there were also things for other people: “Some trainers for my brother”; “A chew toy for my dog.”

From chew toys to Teslas and PCs and almost nothing in between – there isn’t much to go on for parents on a budget who can’t quite bring themselves to leave that space under the tree completely empty.

The boys have said before that the most important thing about Christmas to them is spending time with loved ones and I am glad they realise this (or at least they did that one time, when I asked them). Nevertheless, no presents?

How to keep your spending in check

A friend suggested Flying Tiger, the Copenhagen-born chain store brimming with reasonably priced novelty items for stocking fillers, like sudoku toilet roll (£3) and even bigger cool stuff that could take up ample floor space around the tree, like a £15 wooden ukelele. Just make sure you set a limit on the number of items per person before venturing into this shop and others like it – or else it can get out of hand quite quickly and before you know it you have spent £200 on fluff.

Never underestimate the power of a large chocolate bar to impress a child of any age. An 850g bar of Dairy Milk costs £15 from Menkind and you can personalise it (this does also work on husbands).

My children are of an age when T-shirts go down well too. They can never have too many Adidas or Nike anythings and they will actually get good wear out of them. The problem with clothes is that they do not look great under the tree because they are thin.

Surface-area-to-volume ratio is what you are after at all times when padding out presents on a budget. It’s worth wrapping clothes in adequately sized (but not misleadingly massive) boxes, to bulk them up a bit. Use some tissue paper to make the experience of opening it a little more special – and so it takes a bit longer, if you don’t have lots of presents to open. We have a number of smallish cardboard boxes around the garage from various deliveries over the year and I will use these for smaller presents that wouldn’t look good without a bit of padding.

I kept a bundle of Christmas wrapping paper from last year and I am sure the boys will not notice the very slightly torn edges of once-used wrap on their presents.

When it comes to buying kids clothes, it really is worth using eBay. Children are in clothes for such a short period of time before growing out of them – second-hand comes into its own for them. But using eBay for clothing items they want means keeping your eyes peeled for the right item in the right size. I’m checking eBay every day at the moment for a pair of Nike AirForce Ones size 3.5 and Quiksilver T-shirts in the right size for my eldest.

My ideas for bigger items may not go down so well with younger children, but mine really want shelves and a desk for their bedrooms. Practical, functional and also massive when wrapped up. With a jokey poem on the tag about something that “rhymes with elves” and “don’t be a pesk, sit at your new ?”, I think I can get away with something that might not ordinarily be considered a present being presented as one.

I won’t be wrapping these in Christmas paper, either – that would be pricey – some decent recycled bows and ribbons will be enough. If your kids are younger and would be nonplussed by flat-packed Ikea bedroom furniture, then larger gifts can come in the form of secondhand toys from charity shops. Again, the key here is having your own boxes to make them seem like new.

This might seem very tight, but for other younger children in the family, I am giving some of the boys’ old toys. Why not? My two-year-old nephew knows no different and a lot of it, like the old Duplo, is worth hundreds of pounds.

These are a few of the practical things I am doing to deal with the low budget/high expectations conundrum. But there are other subtler things, too.

When I talk to my kids about Christmas, I talk about how much the things they want cost and then rather than leaving it there, the hours me and their dad have to work to earn that amount of money. I don’t want to go overboard and make them feel guilty for existing, but I do want to start making that association between effort and otherwise abstract numerical figures. Granted, this doesn’t seem to be dissuading the youngest from some punchy asks yet, but I am sure it will over time.

I also focus on the things we will do together as a family over Christmas, who we will see, films we will watch, what we would like to bake and where we will walk. The gift of time to do nothing together as a family is a rare one for us as I am sure it is for most, and it is one we all appreciate. It’s a subtle shift away from thinking about Christmas as a time of getting what you want to a time of being and doing together and being thankful for each other.

It might sound a little naive expecting an eight- and 11-year-old to buy into this more wholesome vision, but post-Covid, I think even kids are that bit more appreciative of what’s important. In a peak-stuff, high inflation world where everything seems unaffordable, it feels even more important than usual to find other ways to feel fulfilled at Christmas. But also with a few well-chosen, well-wrapped, low-budget items under the tree.

In 2021, total remuneration had increased in both terms: 3.5% in nominal terms and 2.2% in real terms.Last year, the regular monthly gross remuneration...
Read more

In 2021, total remuneration had increased in both terms: 3.5% in nominal terms and 2.2% in real terms.Last year, the regular monthly gross remuneration...
Read more
Business

Roger Waters: Ukraine-Russia comments, why he rerecorded Dark Side of the Moon – and Polly Samson Twitter feud

in Wuhan, pensioners demonstrate against the reduction of a medical subsidy