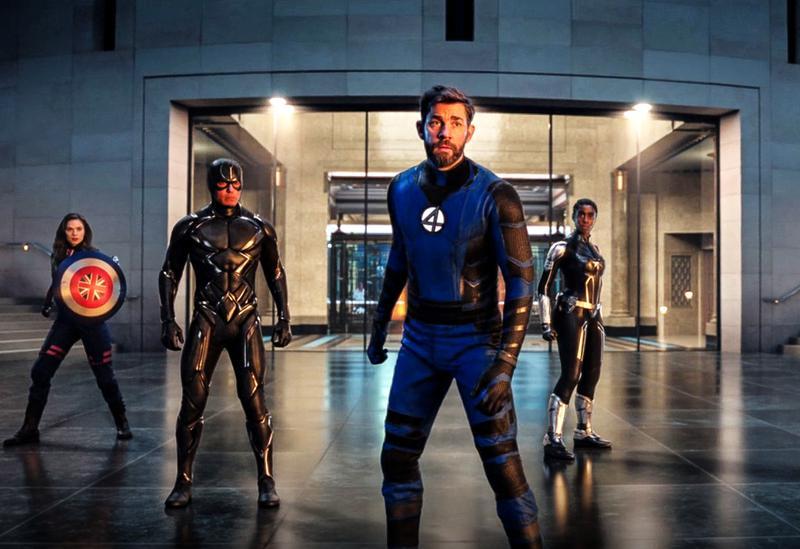 Doctor Strange in the Multiverse of Madness seems to be gaining greater and greater importance as Marvel moves further into its newly deemed Mulverse Saga. While MCU projects like Loki and Spider-Man: No Way Home dipped their toes into the Multiversal waters, MoM took a running leap off the diving board, doing two front flips as it dove into the waters of the Marvel Multiverse, introducing the likes of John Krasinski as Reed Richards and Hayley Atwell as Captain Carter.

The Sam Raimi-directed blockbuster introduced an alternate-universe Illuminati during its second act, proving to be one of the most crowd-pleasing moments of the film. This mysterious organization was made up of various recognizable heroes, including Krasinski.

After years of fan casting exercises involving the star from The Office, audiences were shocked to see him in the signature Fantastic Four suit, because he was quickly torn to shreds by the Scarlet Witch. Seeing Krasinski as Richards brought up a lot of questions, with the paramount being “Would he be back?”

This cameo, amongst others, was likely part of the extensive reshoots that came together before Multiverse of Madness‘ debut, but until now it was unknown just how quickly it all came together.

Speaking with Esquire, Doctor Strange in the Multiverse of Madness actor Anson Mount offered up interesting tidbits about the cameo-filled Illuminati sequence in the film, as well as some contract details for actor John Krasinski.

According to Mount (who played Black Bolt in the movie), while he was shooting for the film, actors like Krasinski and Patrick Stewart “[weren’t] there.” He said his part of the movie “came up in the reshoots” and with the busy schedules of the various actors, he did much of it alone.

He reminisced that “Krasinski’s contract wasn’t even done” and instead they had “actors playing those roles” knowing that they were “either be substituting their shots or transplanting faces:”

“No, he was actually not there! [Laughs] He was shooting Picard. That was a very interesting shoot because my role came up in the reshoots. As you can imagine, several of the actors were quite busy. Patrick was not there. Chiwetel [Ejiofor] was not there. Krasinski’s contract wasn’t even done. He wasn’t there. We had actors playing those roles, knowing that they were going to either be substituting their shots or transplanting faces. I’ve never done anything quite like that, and I was in disbelief of how well it cut together.”

Making of the Multiverse

It is always enlightening when fans get a chance to see how the Marvel sausage gets made, but this news will shock some people. If Mount was a part of the reshoots that happened late into Multiverse of Madness production, and Krasinski wasn’t even signed when he filmed, that means one of the most celebrated moments of the movie came together at the very last minute.

There are no worries now as everything seemed to make it into the movie, but including something as big as Reed Richards’ MCU debut seems like a detail that wouldn’t be thrown in at the last minute. Marvel is so good at laying seeds and intentionally massaging them until they come together years down the line.

This contradicts that idea completely. This quote from the Black Bolt actor says that Richards was thrown in just before the stroke of midnight. Now, maybe there is a method to the madness here. Perhaps Krasinski as Reed is part of a bigger plan in the MCU, and teasing his potential in this specific movie was the only thing that came further down the line.

Maybe his debut was not always planned for Multiverse of Madness, but Marvel Studios saw an opportunity here and then will continue to tap the Office star for future Fantastic Four projects,

Whether he was a last-minute decision or not, John Krasinski as Reed Richard can be seen now as Doctor Strange in the Multiverse of Madness streams on Disney+.