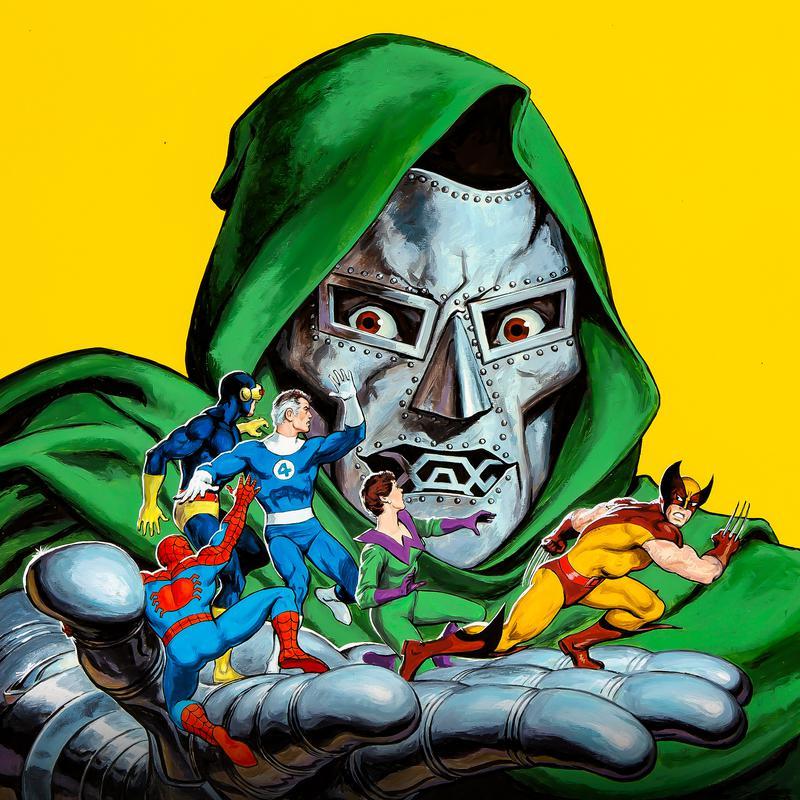 Marvel Studios officially announced the next two Avengers movies during this year’s San Diego Comic-Con, titling them Avengers: The Kang Dynasty and Avengers: Secret Wars. These two projects are set to cap off Phase 6 of the Multiverse Saga, meaning that they have the potential to feature just about every hero and villain in the Marvel Cinematic Universe.

Based on the film’s titles, fans are assuming that The Kang Dynasty will likely explore the rise of Jonathan Majors’ Kang the Conqueror while Secret Wars is poised to showcase an all-out war that involves the Multiverse.

In the comics, one of the characters that had a significant presence in the Secret Wars crossover was Victor Von Doom a.k.a. Doctor Doom. However, the villain has yet to debut in the MCU, leaving fans to wonder if the Fantastic Four’s greatest nemesis will have an impact on the storyline’s live-action adaptation.

In Marvel Comics, Doctor Doom blew everyone away when he did something explosive in the Secret Wars crossover event: killing Thanos in cold blood. The mind-blowing death happened in Secret Wars #8, a time when the Multiverse was destroyed as Doctor Doom ruled over Battleworld using the powers of the Beyonder.

For context, the Multiverse was destroyed due to the fact that the greatest heroes of the Marvel universe were unable to stop different incursions of realities from destroying each other.

Sound familiar? This concept was first introduced in the MCU during Doctor Strange in the Multiverse of Madness when John Krasinski’s Reed Richards explained the ramifications of such an event to Earth-616’s Stephen Strange. The sequel’s post-credits scene further made it clear that incursions will be a huge part of the franchise moving forward due to the arrival of Charlize Theron’s Clea.

Going back to Battleworld, this entirely new reality created by the Marvel villain was a chaotic place ruled by Doom, altering events in his favor and leading with an iron fist. As a result of Doom’s terrible leadership, the surviving heroes from different universes tried to defeat Doom, but there was another group led by Thanos who were plotting their own strategy to defeat the Marvel villain.

In a surprising move, Doom gave Thanos the chance to escape alongside his Annihilation Horde if he doesn’t interfere with the plans of the surviving heroes. However, the Mad Titan said no, describing Doom as a “weak god” and a “pretender.”

This ultimately led to Doom using his powers to kill Thanos, ripping the villain’s skeleton from his body.

Why Doom Could Surprise the Avengers & Kang

While Doctor Doom has yet to debut in the MCU, the confirmation that Secret Wars and a Fantastic Four movie will arrive in the franchise easily serves as major hints that the famous Marvel villain will debut sooner rather than later. This is on top of the rumors that Doom could potentially have a brief role in Black Panther: Wakanda Forever.

That said, this means that Doom could end up being part of both The Kang Dynasty and Secret Wars, meaning that a scenario where the Marvel villain ends up creating Battleword will happen and it could likely have a similar moment where Doom kills a major villain like Thanos.

The MCU never really had a villain vs. villain moment where the one kills the other, so showing this scene in either The Kang Dynasty or Secret Wars could be a game-changer for the franchise.

Given that Doom is a master strategist in the comics, the MCU’s iteration could have a game plan in mind and he could be aware of what Kang is really capable of. It’s possible that Doom could form an alliance with Kang at some point after his introduction, leading to a villainous team-up in the next two Avengers movies.

This isn’t the first time that Doom and Kang forged a team-up to achieve their respective goals. During the Infinity War crossover from Marvel Comics, the villainous pair tried to defeat Magus to take all the power that the cosmic being collected for themselves.

In the MCU, considering Doom’s menacing persona, the villain could double cross Kang in the end, with him killing the Conqueror at the end of The Kang Dynasty to fulfill his goal of becoming the ultimate villain for the heroes to defeat in Secret Wars. On the flip side, Doom could instead team up with the Avengers to defeat Kang, before betraying them at the end to set up Secret Wars.

At this stage, there’s a strong chance that The Kang Dynasty and Secret Wars are a two-part finale for the Multiverse Saga, similar to what Infinity War and Endgame did for the Infinity Saga.

This could mean that Avengers 5‘s ending would be a cliffhanger, mirroring Thanos’ snap from Infinity War. This nail-biting finish could end with Kang being killed by Doom which could lead to the Multiverse being destroyed. Ultimately, this series of events could lead to a chaotic finish in Secret Wars, with everyone trying to stop Doom.

Avengers: Secret Wars is set to premiere in theaters on November 7, 2025.

Vos completes hat-trick in Scandinavia: ‘It had to come from my toes’