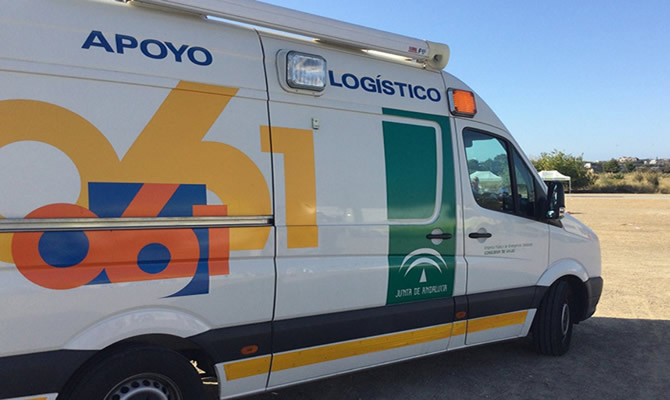 The emergency telephone operator workforce in Malaga province has been increased with an investment of more than €830,000 by the Ministry of Health.

On Saturday, July 30, just one day after the Malaga Medical Union denounced unreasonable delays in out-of-hospital emergency care due to a lack of staff, the Health Administration has issued a statement highlighting the reinforcement of the telephone operator workforce.

An investment of more than €830,000 has been approved for personnel and the study of a new system with greater resolution capacity. According to the statement, at the Malaga Urgencies and Emergency Coordination Center (CCUE) the teleoperation staff will be reinforced with three daily shifts from Tuesday to Friday.

Specifically, six more shifts will be added during the days of greatest demand – Saturday, Sunday and Monday. The Administration also pointed out that the centres in Eastern Andalucia, which include Almeria, Granada, Jaen, and Malaga, work as a network.

This forms a system that allows collaborative and supportive work: “So that this area is reinforced with a total of 11 daily shifts of operation, which in the case of weekends and Mondays reaches 13 shifts of operators, independent of the specific reinforcement of the CCUE of Malaga”.

In its statement, the Ministry of Health added that in the medium term, the CCUE has initiated “a process of reanalysis of the current health coordination model to design a system with greater resolution capacity”. Its purpose is to improve accuracy in decision-making.

According to the Administration: “All these initiatives launched have the objective of directly or indirectly improving working conditions for all professionals who work in the CCUE”. The Ministry also specified that the CCUE of Malaga resolves 32 per cent of all requests for assistance received through health advice or referral indications.

At the regional level, the Ministry of Health highlighted that in view of the expected increase in calls, the emergency coordination centres of Andalucia undertook a series of measures in the short and medium term.

Among them, a budget modification was requested in April to increase the hours of teleoperation by 42,000 hours per year, “assuming an increase of more than 11 per cent of the hours of operation initially foreseen in the contract”.

To support the work of the health coordination in the room, the presence of an additional coordinating doctor was also included for each region of Andalucia, from the months prior to the summer, as reported by malagahoy.es.

After becoming a perennial contender early in Mike Zimmer‘s stay, the wheels fell off for the Vikings over the coach’s final two seasons. The crusty...
Read more
business

It’s not every day that you get the chance to see the behind-the-scenes of how farm-fresh veggies are grown or how a well-known brand...
Read more
Load more
Facebook
Instagram
LinkedIn
Pinterest
Tumblr
Twitter