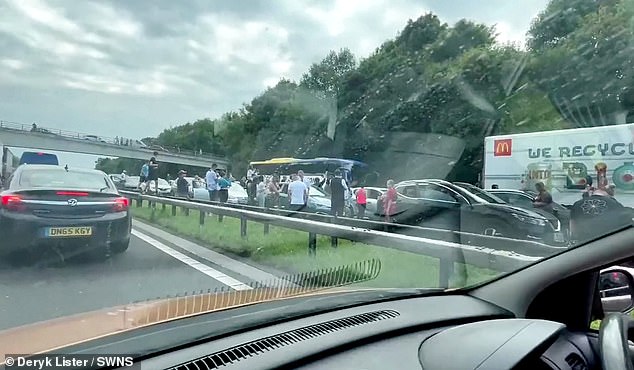 By Gemma Parry For Mailonline

Video footage of stranded motorists banding together and singing as a brass band serenades them on a major motorway has emerged online.

The footage, filmed on Friday (July 29), captures around 40 people standing in the middle of the M6 near Preston, Lancashire applauding performers and singing along after a fire stopped traffic for hours.

Cars were brought to a stop following a lorry blaze on the major road, causing huge tailbacks as fire crews performed a ‘complex recovery operation’.

During the lengthy wait, drivers kept themselves entertained in a variety of ways including playing table football in the middle of the usually busy three-lane motorway.

Some even organised parties as they waited for the road to be cleared as they listened to the brass band strike up a few well-known tunes.

Images shared online showed motorists standing on the road and chatting amongst themselves as they waited for the blockage ahead to be cleared.

Cars on the other side of the road even slowed down to watch the entertainment taking place.

Cars were brought to a stop following a lorry blaze on the major road, causing huge tailbacks 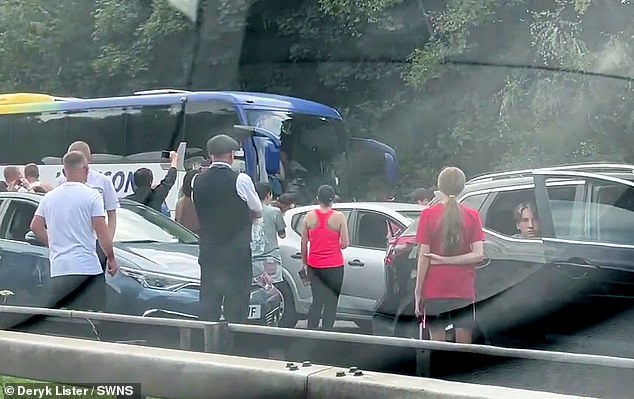 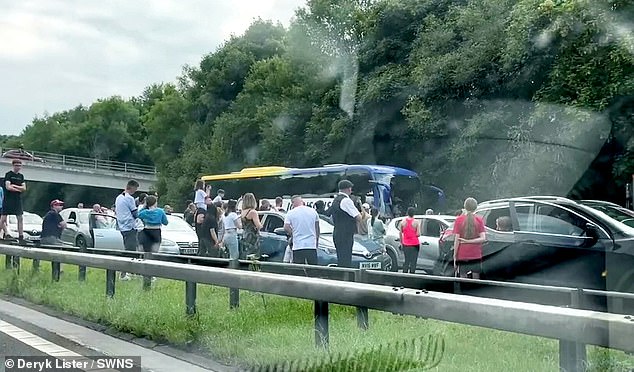 A spokesperson for the National Highways agency confirmed the reason for the delay on the road, which was cleared at around 8:30pm.

‘This is to allow a complex recovery operation to take place.’