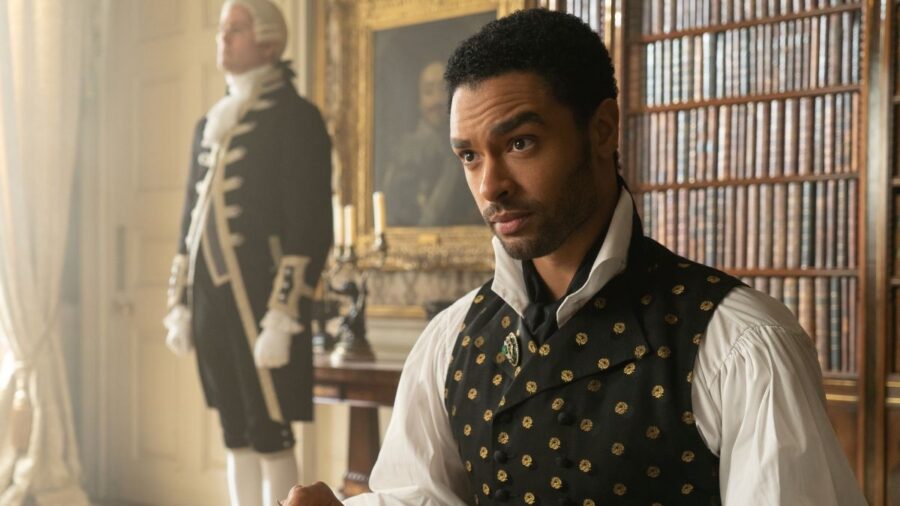 By James Brizuela
| Published 6 mins ago

Bridgerton is one of the most popular shows on Netflix currently, with the first two seasons in the top 5 English language programs viewed in the platform’s history. This has led to fans of the series creating a stage show based on the popular series. The stage show is called “The Unofficial Bridgerton Musical Album Live in Concert.” Initially, Netflix had praised the fans for their dedication to Bridgerton, as it was part of an online performance for people to watch for free. However, that stage show evolved into a money-making endeavor by selling out the Kennedy Center in Washington, DC. This led to Netflix suing for infringement.

Abigail Barlow and Emily Bear and their production company Barlow & Bear are the subjects of the Netflix lawsuit regarding Bridgerton. Their live performance of the songs had apparently received a ton of praise on TikTok, leading to the company to take things a bit more seriously. However, that seriousness has resulted in the company getting itself into trouble. On top of selling out the Kennedy Center, the ladies had planned to take stage musical on the road, even booking a show at the historic London’s Royal Albert Hall. They had been charging upwards of $149 per ticket, and even more expensive VIP packages. There is also a merchandise line being worked on. All this money is now in violation of infringement, as Netflix owns the rights to all Bridgerton property, songs, musicals, and derivative projects made about the series.

What made things far worse is Netflix has its own Bridgerton Experience, which is a six-city event that is meant to showcase songs, costumes, dancing, and delicious cocktails that are featured in some way on the series. The live stage show that has been created by Barlow & Bear is in direct competition with Netflix, leading to the lawsuit. One thing of note is that if Barlow & Bear is much more profitable at their Bridgerton stage show, maybe they can strike a deal with the streaming platform. They could even be hired to take over the six-city experience and make it a larger tour earning far more by partnering with Netflix. The issue is that they did not receive explicit permission to use the rights of the show in this manner.

Bridgerton has become massively popular on Netflix. The first and second seasons of the series are in second and third place of most-watched English language shows on the streaming platform. They sit only behind Stranger Things. The series has already been renewed for a third and fourth season, with the third currently being worked on. A live stage show sounds like a great idea, but not when it’s about copyright infringement.

Hopefully, Netflix can come to an agreement with Barlow & Bear regarding their Bridgerton live show. It sounds like it is going to be massively popular, but the media company just wants their cut of the profits. Often when dedicated fans of a medium make their own version of something popular, they can be hired by the original company that released it. That might not happen after a lawsuit, but crazier things have happened.

The announcement that the maneuvers around...
Read more