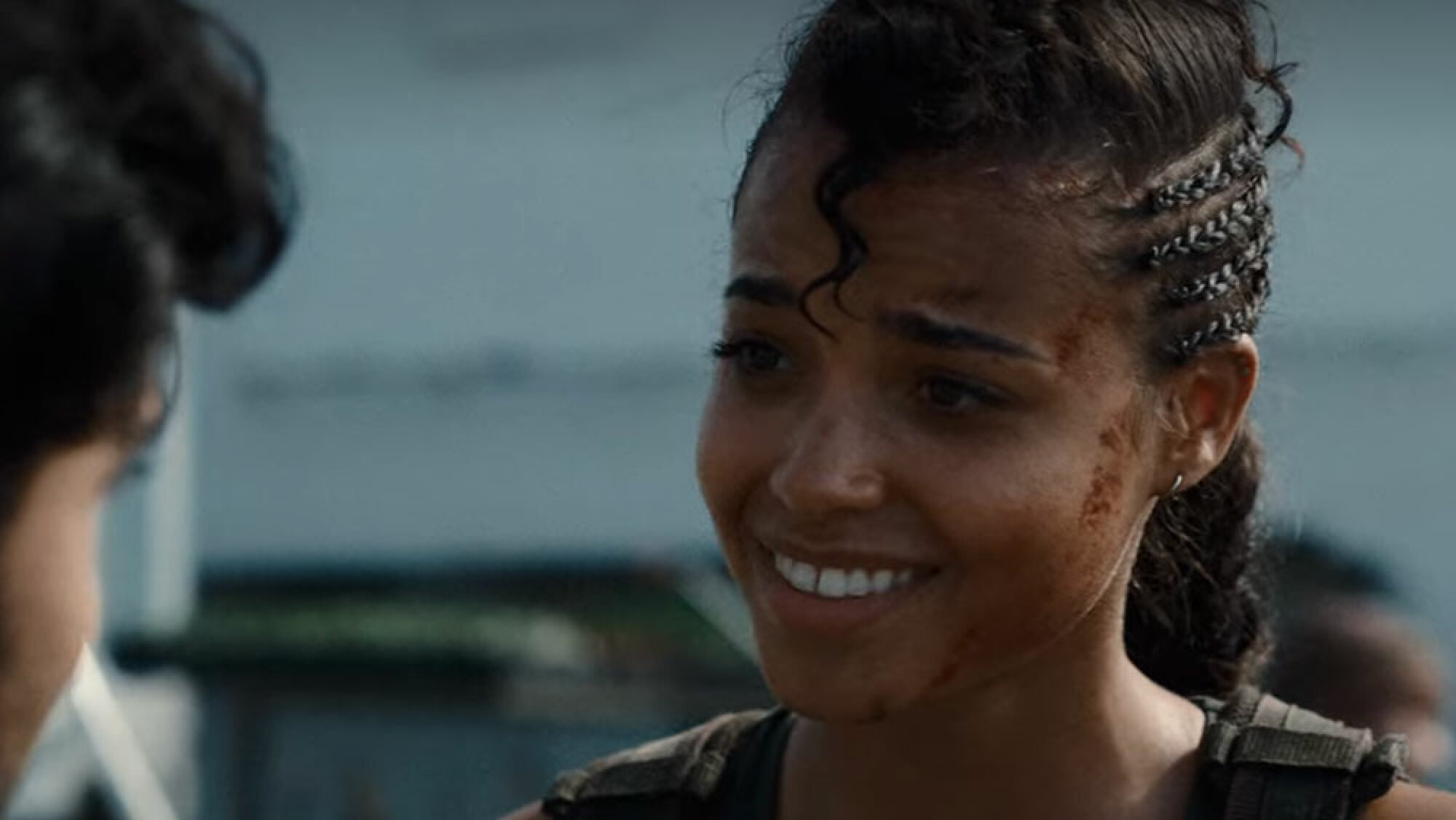 I really enjoyed Netflix‘s Resident Evil series, and Jade Wesker (Ella Balinska) is an undeniably awesome character. But we really need to talk about one thing.

Namely, the fact that she’s a complete liability.

Don’t get me wrong, she’s ridiculously resourceful. Intelligent. Great in combat. If a herd of zombies were advancing on me I would definitely want Jade there to cower behind.

But if I was just attempting to survive, say in a contained community with no immediate zombie threats, then I would want her approximately nowhere near me.

Yep, you already know what we need to talk about: The university ship.

In episode 6 of Resident Evil, Jade finally — after being chased by a giant slug, kidnapped, kidnapped again, being attacked by hideous underground creatures, imprisoned, and kidnapped a third time — finally reunites with her family aboard a ship filled with friendly, roaming academics and researchers.

The perfect time to unwind and catch up with the family, right?

After a token bit of chit-chat with her husband Arjun (Ahad Raza Mir) and daughter Bea (Ella Zieglmeier), Wesker immediately gets back to the real work of cutting up zombie heads, dissecting a stomach-churning growth on the neck of a queen zombie to try and figure out how it was controlling the herd.

Is it important work? Absolutely. But does it really justify what she does next. No, no, no.

Netflix’s ‘Resident Evil’ never divorces its story from the games. Is that on purpose?

“We talked about this,” says her husband earlier in the episode, after Wesker’s told him that she acquired said zombie head by charging back into a prison packed with the undead. “No more unnecessary risks.”

Taking the “no more unnecessary risks” advice firmly onboard, Wesker then proceeds to sneak out at night on her own, fish an actual zombie out of the sea, lug it back onto the ship in a big sack, and string it up in the lab for testing purposes using what can only be described as dangerously flimsy restraints. 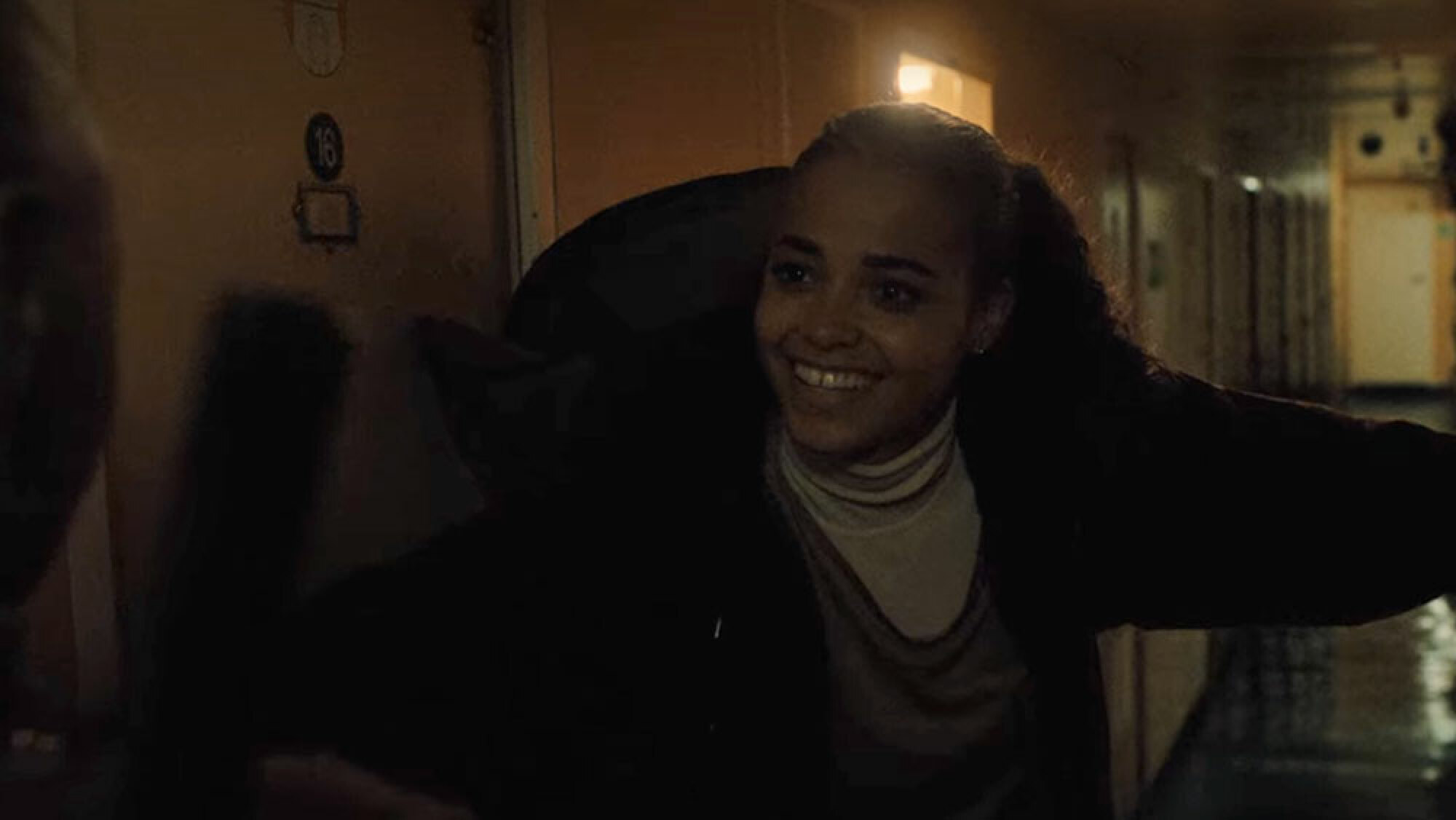 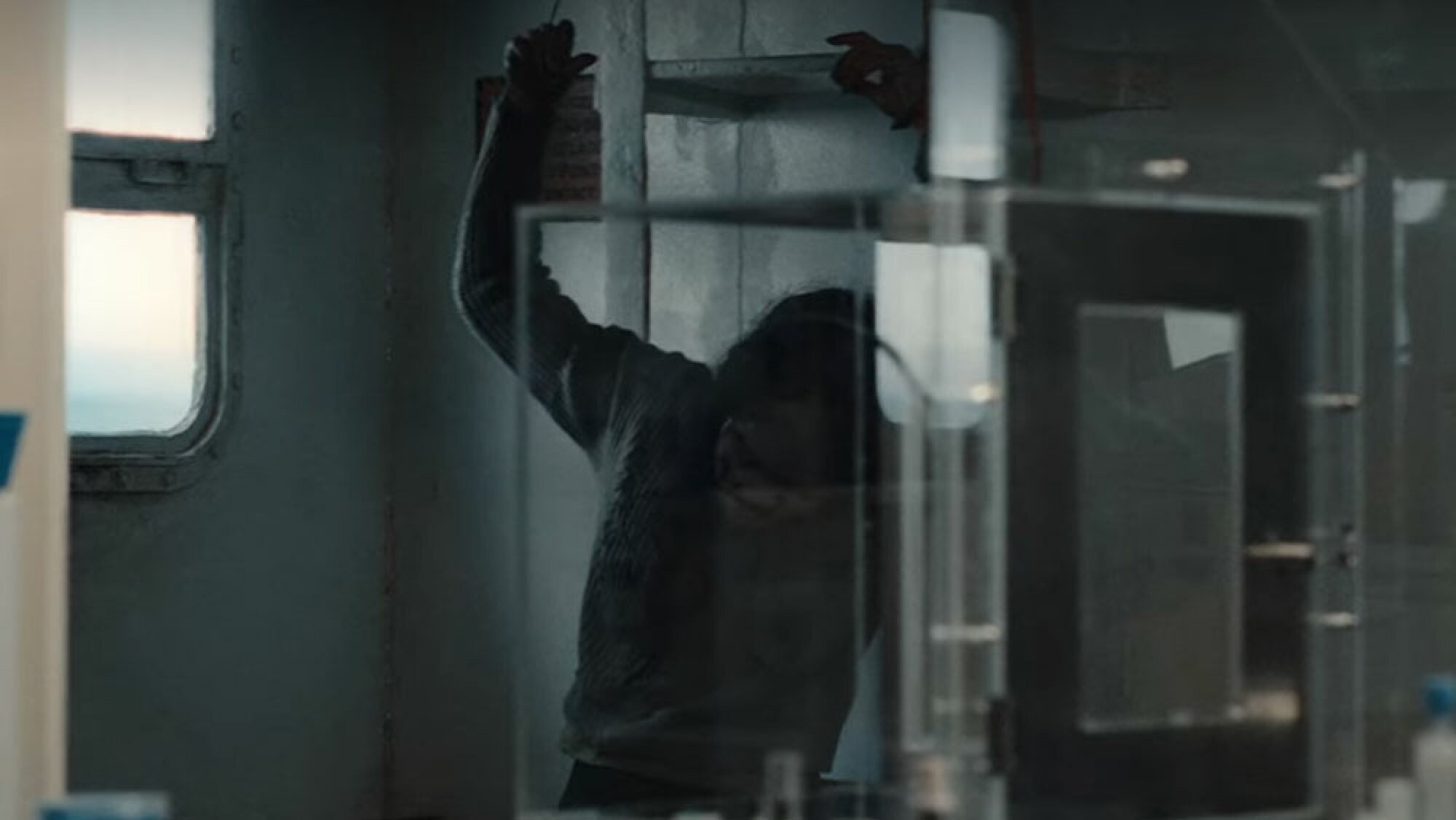 Needless to say, things only get worse from there.

First Jade’s daughter comes to bring her a cup of coffee and spots the strung up monster. Rather than ushering her out of the room, though, Wesker tells her she’s “got this all under control” and makes her wait over by the door before casually cracking on with the experiment.

Of course she’s a skilled researcher and a responsible adult, so she probably does have it all under control though, right?

No! Of course she doesn’t! Within minutes the zombie has broken free of its useless restraints and is chasing Wesker’s daughter through the corridors of the ship like something out of a nightmare, forcing her to flee into a room filled with researchers before it brutally savages Wesker’s close friend and pregnant research partner to death. 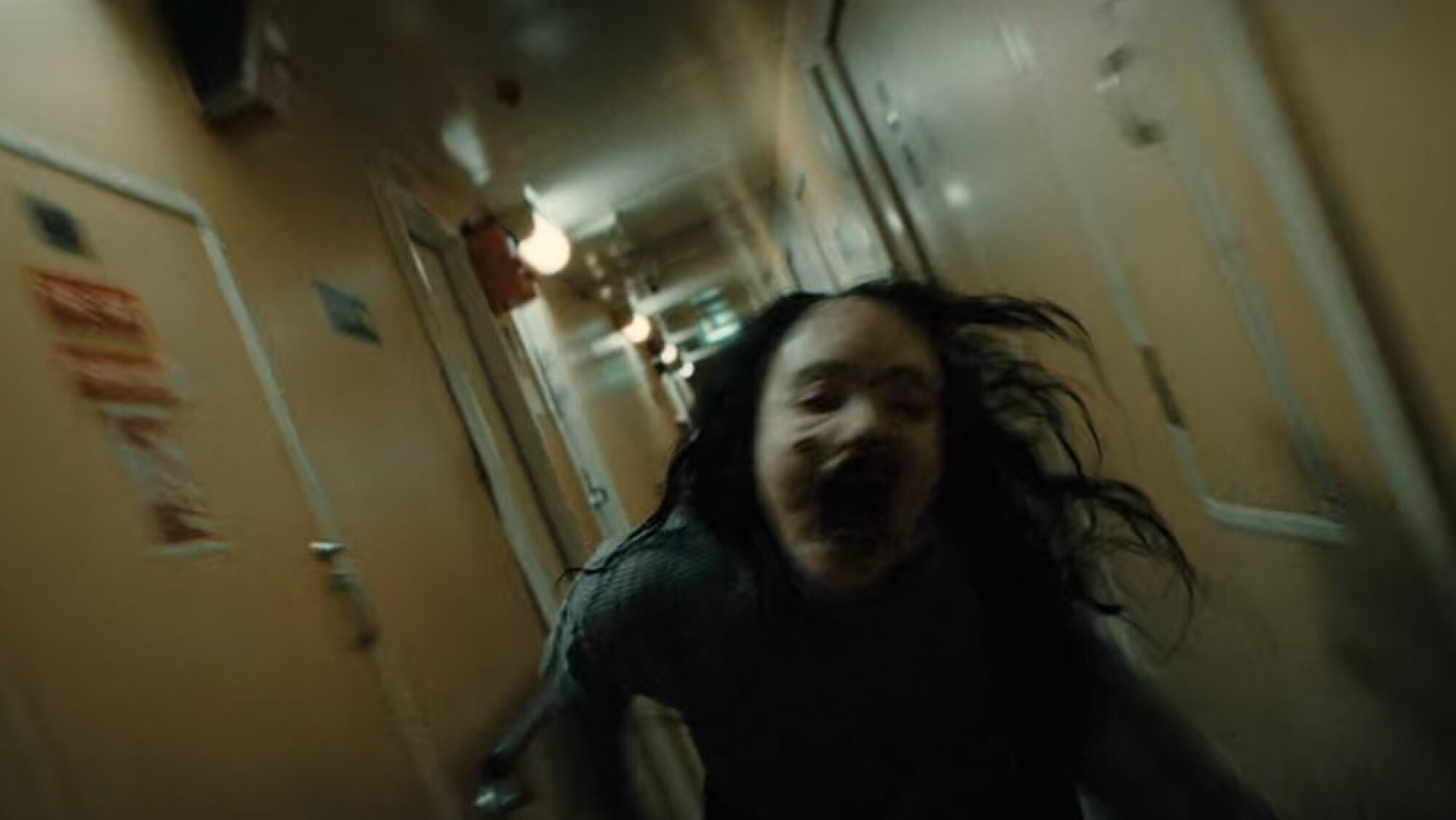 It’s a truly horrendous sequence that sort of gets forgotten about in the chaos of Umbrella arriving moments later, but it does lead me to believe that, although Jade is the hero of the story, her evil twin sister actually has a pretty good point when she lays into Jade for being selfish.

“You keep telling yourself you’re trying to save lives,” says Billie (Adeline Rudolph), in one of the show’s closing scenes. “But your hands, Jade? They’re covered in blood. Because you’re selfish. Because you only care about the mission, about fixing what you started. So people die, and you keep going. You don’t stop, because that’s what matter: You.”

Looking at the evidence, it’s hard not to think that she might have a point.