Operation Crossing the Strait passenger increase of 30.1 per cent Malaga 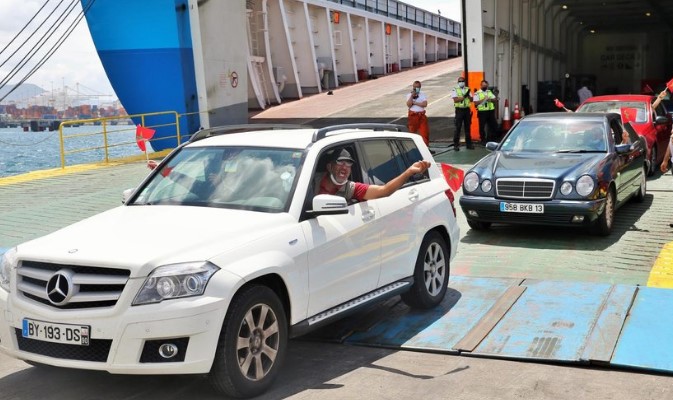 A passenger increase of 30.1 per cent has been reported in this year’s Operation Crossing the Strait from Malaga to Morocco.

According to the latest data, as of July 31, the number of passengers departing Malaga for Morocco during this year’s Operation Crossing the Strait (OPE) has increased by 30.1 per cent compared to 2019.

Specifically, 60,815 passengers and 13,827 vehicles have boarded during the 84 crossings carried out by shipping companies between June 15 and July 31. Malaga has dealt with just 5.4 per cent of the 1,127,944 passengers who crossed the Strait from various points in Spain this summer.

Javier Salas, the sub-delegate of the Andalucian Government in Malaga, highlighted that there have been no notable incidents occurring. He pointed to the excellent work carried out by the 1,100 people who are part of the operation coordinated by the sub-delegation of the Government.

OPE 2022, which began on June 15 and will end on September 15, consists of two phases: Operation Exit, from the aforementioned June 15 to August 15; and Operation Return, from July 15 to September 15.

There are two daily connections with Melilla, except on Fridays when there is only one, involving ships from the Balearia and Acciona-Trasmediterranea companies. In total, 113 crossings are planned between June 15 and August 15.

The maritime companies offer the possibility of obtaining the corresponding boarding passes in the rest areas arranged to allow greater speed in the boarding procedures. Specifically, parking areas and services have been set up in various parts of the province of Malaga.

Assistance is provided by members of Civil Protection, which has contracted for the province of Malaga four social assistants and four translators-interpreters, who are added to the usual staff.

The Port of Malaga has an extensive infrastructure to serve this OPE with an area of ​​12,803m² in the San Andres area. Two other areas have been added to this space, with an additional contingency area of ​​6,100m², and another additional pre-boarding area located on Pier 4 of 7,800m². Two tents have also been placed, doubling the vehicle parking capacity, which may reach 280.

OPE 2022 has different points of light and drinking water in the same shaded area, and hygienic-sanitary service modules for OPE users. These include showers and space for changing diapers; a play area, an information service, a public address system, and a division of the area for vehicles.

In addition, the collection of solid and liquid waste is guaranteed. There are public fountains and a store for essential products in the old Port Police checkpoint, also in the San Andres area.

Social and health assistance modules are provided by Civil Protection, the Red Cross, Acciona-Transmediterranea and Balearia, with booths for ticket sales. They can also be purchased at the different service areas in the province of Malaga installed on the main roads.

The company that manages the terminal corresponding to traffic with North Africa has prepared a special operation to channel logistics prior to boarding passengers and vehicles. This helps reinforce passenger control to improve waiting times, as reported by malagahoy.es.