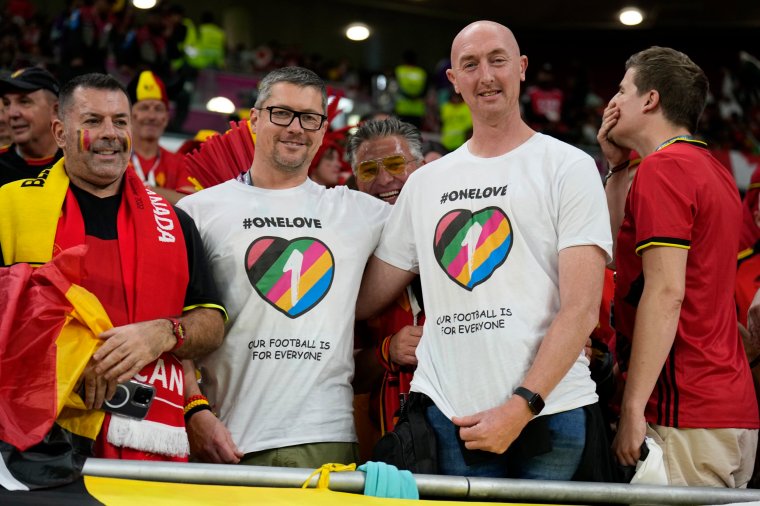 Qatar is reviewing its investments in London after Transport for London (TfL) banned the Gulf state’s tourism advertisements this week, it is reported.

The capital’s transport authority has banned Qatari ads from its buses, taxis and on the Tube over concerns about Qatar’s stance on LGBTQ+ rights and migrant workers, according to the Financial Times.

The ban has reportedly angered Qatari authorities, who have faced strong criticism in the run-up to and during the World Cup over issues including its criminalisation of homosexual relationships.

A person involved in the Qatar review told the FT the TfL ban was “another blatant example of double standards and virtue signalling to score cheap political points around the Qatar World Cup”.

The state’s $450bn (£372bn) sovereign wealth fund, the Qatar Investment Authority (QIA), is one of the capital’s largest property owners, with Harrods, the Shard and the prestigious Savoy and Grosvenor House hotels among the iconic buildings on its portfolio.

It is also a co-owner of Canary Wharf and has a 20 per cent stake in Heathrow airport.

All adverts referencing countries identified by the International Lesbian, Gay, Bisexual, Trans and Intersex Association (ILGA) as either having “legal certainty” of the death penalty for same-sex sexual acts or that most probably have the death penalty were referred to TfL for review.

Some adverts promoting Qatar had run since 2019 on a “case-by-case basis”, TfL said, but the ban was tightened this week following an outcry over the country hosting the World Cup.

The person involved in the Qatari review said TfL had contacted Q22, the Qatari World Cup body, and the Gulf state’s tourism authority this week to inform them of the ban.

As a result, Qatar is “reviewing their current and future investments” in London and was “considering investment opportunities in other UK cities and home nations”, the person told the FT.

They added that the TfL ban “has been interpreted as a message from the mayor’s office that Qatari business is not welcome in London”.

The World Cup has seen England and other European teams make a sharp U-turn over wearing the OneLove armband in solidarity with the LGBTQ+ community after Fifa threatened to issue yellow cards.

Fans were also barred from enterting stadiums with rainbow-coloured clothing and flags, but Fifa has now said they are allowed.

It’s understood that the TfL is likely to accept advertising which encourages people to watch the matches on TV or streaming services or to support the competing teams, as well as ads using the official Fifa World Cup Qatar slogan. The World Cup slogan will also be allowed.

But advertising promoting travel and tourism to Qatar, or which portrays Qatar as a desirable destination, won’t be considered acceptable at the moment.

A TfL spokesperson said: “Ahead of the FIFA World Cup 2022 getting underway, we provided our advertising partners and brands with further guidance on the advertising which we are likely to consider acceptable to run during the tournament while also ensuring that football fans are not denied the opportunity to support their teams.

“Each advertising campaign continues to be reviewed on a case-by-case basis.”

A spokesperson for the Mayor of London said: “It is right that TfL considers each advertising campaign on their network on a case-by-case basis, against its Advertising Policy. TfL issued further guidance to advertising partners ahead of the World Cup.

“There are a number of instances where an advert may be deemed unacceptable and, as a vocal supporter of the rights of LGBTQ+ Londoners, in 2019 the Mayor requested TfL to review its policy on all advertisements referencing countries that criminalise same-sex relationships. They now face stringent scrutiny by TfL before appearing on the network.”

i has contacted the Qatar government and the QIA for comment.

The Mexican drug trafficker Ovidio Guzmán, one of the sons of Joaquín "el Chapo" Guzmán most wanted by the United States, has been detained...
Read more

The Mexican drug trafficker Ovidio Guzmán, one of the sons of Joaquín "el Chapo" Guzmán most wanted by the United States, has been detained...
Read more
Cyprus