Quentin Tarantino’s love of ‘Once Upon a Time in America’ 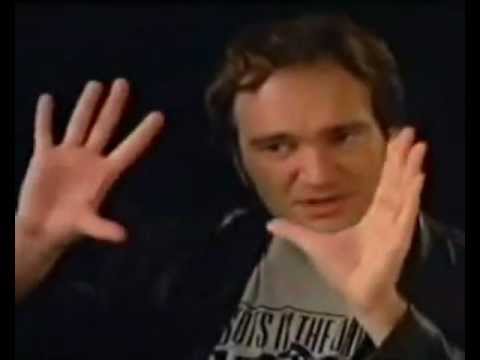 Among the pantheon of gangster movies, the Sergio Leone flick Once Upon a Time in America should be considered one of the very best, rubbing shoulders with other classics like Francis Ford Coppola’s Godfather and Martin Scorsese’s Goodfellas. The contemporary mastermind Quentin Tarantino certainly thinks so too, with the Leone lover often discussing his adoration for the complicated movie.

Set across the history of 20th-century America, Leone’s film follows Noodles (Robert De Niro), who must confront the violence of his early life in his old age. Also starring the likes of Treat Williams, James Woods and Joe Pesci, the film is considered one the very best of the 1970s, and one of Tarantino’s all-time favourites, celebrating the director, he states, “The one artist that I think has been the most influential to me in my work has got to be Sergio Leone”.

Tarantino had a lot to say about the movie too, explaining in a 1994 interview, “There’s a poetic-ness and a beauty about the film, yet, the film probably presents the most vicious group of gangsters that maybe I’ve ever seen until just recently in like the South Central LA movies, I mean, these four guys are about as cold-blooded and brutal as any gangsters ever betrayed in films”.

Speaking about this contrast, Tarantino states, “When they kill, it’s very cold and brutal you know, it’s just like boom, a shot to the face before the guy even has a chance to think twice about it all right and laughs as they drive away. He’s got the most hopeless homicidal, almost psychopathic gangsters ever, yet the weight of what they’re doing never rests completely in your heart”.

Sergio Leone’s final film before his death five years later is, in many ways, an ode to his past career. Pioneering a spaghetti western genre with such movies as The Good, the Bad and the Ugly, which were punctuated by violence and savage individuals, Once Upon a Time in America illustrates the personal sorrow that such a criminal life can bring, showing, in this epic tale of endearing nostalgia, how the ghosts of the past can return to possess you.

Listen to Tarantino’s thoughts about the Italian filmmaker Sergio Leone and his iconic 1984 classic below.

The amount you have to pay at a hairdresser increasingly depends on which hairdresser has taken care of your hair. A haircut for...
Read more

The amount you have to pay at a hairdresser increasingly depends on which hairdresser has taken care of your hair. A haircut for...
Read more
EUROPE

Central African Republic: “It is necessary to understand the circumstances in which RCA hired the Wagner company”, says António Costa – Actualidade

This position was conveyed by António Costa in statements to the Lusa agency at the end of his visit to the Portuguese military in...
Read more
World